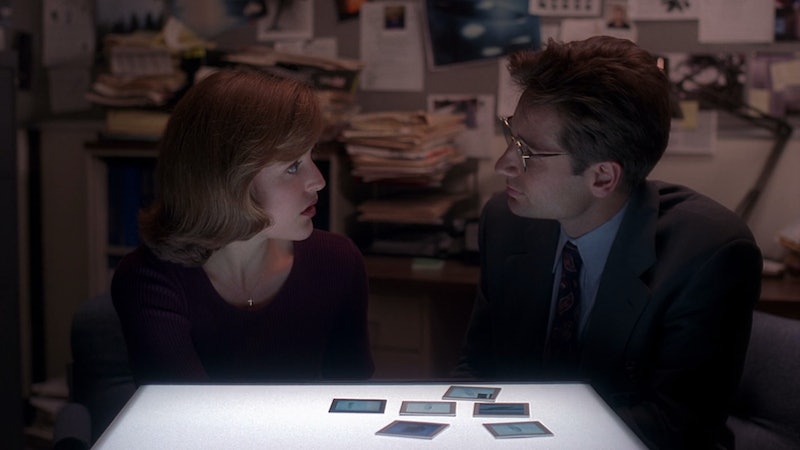 The recent revival of The X-Files has held fans in thrall to their love of Fox's classic 1990s sci-fi series. If you're not looking forward to the inevitable return to re-runs, I've got some news you'll want to believe in. A new pair of X-Files YA novels are on their way to a bookstore near you.

Coming in January 2017, X-Files Origins will focus on Agents Fox Mulder and Dana Scully as teenagers during the spring of 1979. Kami Garcia will follow a 17-year-old Mulder in Agent of Chaos, while Jonathan Maberry centers on 15-year-old Scully in Devil's Advocate.

In both novels, the protagonists "experience life-changing events that set them on the path to becoming the FBI agents" we know and love, according to Entertainment Weekly's exclusive reveal. Publisher Erin Stein says the books will answer longtime fans' burning questions: "Why did Mulder become a believer? Why did Scully become a skeptic?"

X-Files fans know that Mulder's obsession with aliens began with his 8-year-old sister's abduction in 1973. X-Files Origins: Agent of Chaos picks up six years after Samantha Mulder's disappearance, which leaves this fan wondering: what the hell happened in 1979 to further fuel Fox Mulder's pursuit of his sister's case?

Talk amongst yourselves about what all this means. We've got a few months before Agent of Chaos and Devil's Advocate hit stores in January 2017.