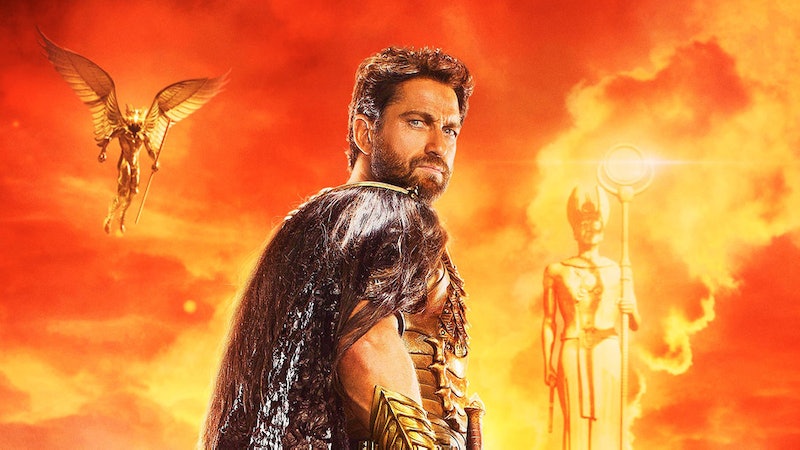 The new movie Gods of Egypt has already made waves for a few reasons. For starters, the movie is an unlikely mix of fantasy and Egyptian history (along with plenty of action and drama). In addition, Gods of Egypt has been criticized for "whitewashing," as it features a predominantly white cast depicting Egyptian characters. With such cynicism surrounding the movie before it's even been released, it's tough to determine how the movie will be received by audiences. But what will happen if the film turns out to be a hit? Is it possible that there could be a Gods of Egypt sequel?

There haven't been any murmurs yet about a follow-up, likely because it's still so uncertain how Gods of Egypt will perform in theaters. The movie had a $140 million budget, so in order to spark enough interest for a sequel it's going to have to rake in enough cash to justify the price tag. This may be a difficult feat, but certainly not impossible. For now, without having the numbers to calculate the likelihood of a Gods of Egypt 2, let's take a look at some of the other factors that could play a role in determining whether or not there will be a sequel.

It Could Appeal To A Lot Of People

The movie spans several genres, so it could draw audiences from fans of everything from 300 to Lord of The Rings to Mad Max: Fury Road.

But It'll Have A Lot Of Competition

In addition to the popular movies already in theaters (like Zoolander 2 and Deadpool), Gods of Egypt will have competition from a few other movies with the same release date. In particular, crime thriller Triple 9 and biopic Eddie the Eagle may give the fantasy flick a run for its money.

There's A Wealth Of Material To Draw From

Since Egyptian mythology is pretty expansive, there would be no lack of source material for a Gods of Egypt 2. In addition, the sequel could draw new narratives from the fantasy/drama elements of the first film, and could bulk up with more audience-appeasing action sequences.

But Controversy Could Prevent It From Happening

It's hard to gain traction with a certain niche (like lovers of Egyptian mythology) after you've pissed them off. The possibility for a sequel could be harmed by the controversy surrounding Gods of Egypt's lack of diversity, regardless of filmmakers' apologies for the casting decisions.

The film will be offered at many theaters in both standard and 3D viewing formats, the latter of which tends to help profits.

But Box Office Success Could Be Short-Lived

Even if Gods of Egypt has a big opening weekend, that doesn't necessarily translate into a overall high-grossing film. Gods of Egypt 2 could have a smaller chance of happening if the first film fails to demonstrate staying power in theaters.

There are a lot of different things to consider, so at this point in time it seems pretty uncertain if a sequel is in the cards for Gods of Egypt. But if it turns out to be an unexpected blockbuster, the fantastical film could get a follow-up after all.