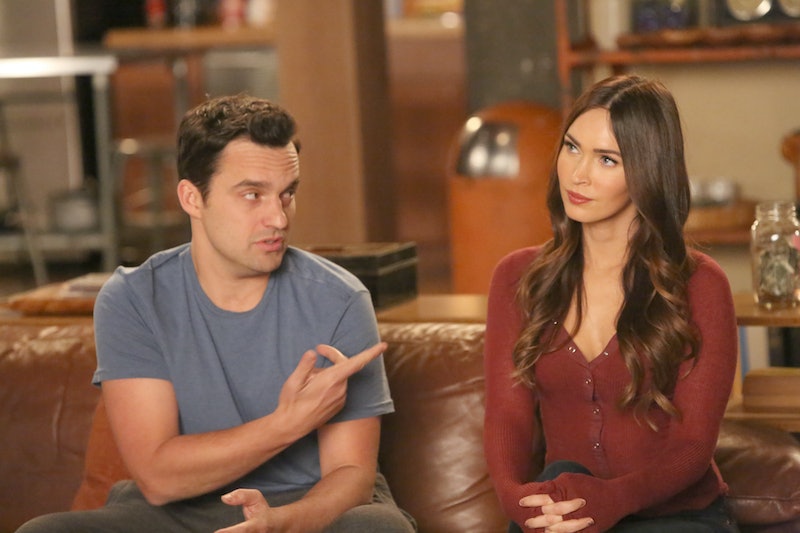 Having roommates can be a wild and crazy experience. One minute you're trying to figure out where to go to brunch, then the next minute you've found yourself in the middle of a some sort of weird sex pact. (What do you mean this has never happened to you?) Anyway, that's exactly what happened during Tuesday night's New Girl episode "The Decision." After getting aggravated over Nick and Winston's lack of decisiveness, Reagan surmised that the best way to improve their decision-making skills was to proposition herself. If they could decide who got to sleep with her by 9 p.m. that day, then she would follow through and sleep with the winner. (You know, totally normal roommate stuff.) So did Nick have sex with Reagan on New Girl or was it Winston who came out victorious? Thankfully, all parties came to a sensible decision.

Of course, I should mention that Reagan had absolutely no intention of sleeping with either Winston or Nick. This was just an innocent exercise to help them make actual decisions. However, they didn't know that, so it was pretty hilarious to see them struggle with such an important dilemma. And once Winston dropped out of the race (because he likes his partner at work!), I thought for sure that Nick was going to try and collect on the deal. But in a nice twist, he decided to put on his "I'm not having sex tonight" attire and ask her out for a no-benefits drink.

Nick explained to Reagan that he didn't want to get together with her like this. If something like this were ever going to actually happen between the two of them, he'd want it to be because they actually both want to be together and not due to a bet obligation. Since she first strolled into his life, Nick has made it very clear how much he is attracted to Reagan on a physical level, so it's nice to see his priorities take a different stance.

Granted, a big part of me wants to believe that he turned down her offer because he's secretly harboring feelings for Jess, but even if that's not the case, I'm still happy to see him maturing in such an important way. It shows that if he and Jess ever do get together again, they might be able to make it last this time around. Nick's looking for more than just a one-night stand. He wants a relationship and the feelings that come with it. And as for who that will end up being with, well... we'll just have to wait and see.