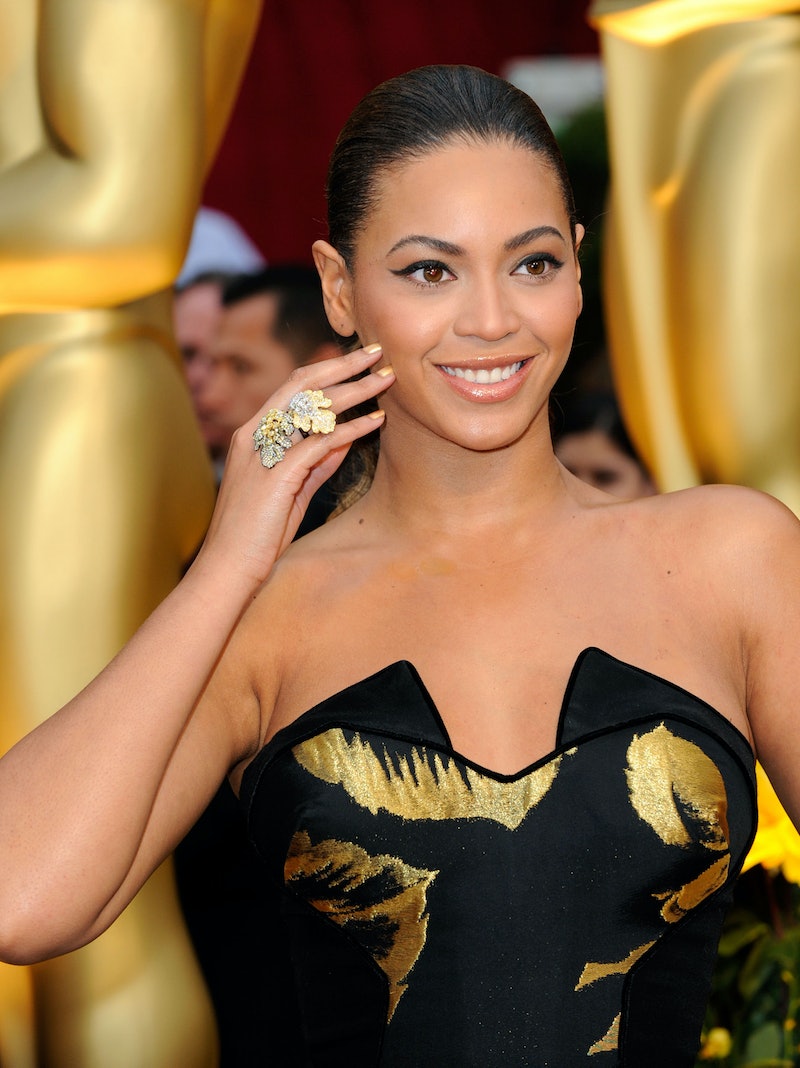 The 88th Academy Awards are nigh, and you know what that means. It's time to predict who shows up. OK, yes. I realize that usually we're supposed to be predicting who wins, but come on. It's a bit of a fun guessing game to think about the surprise celebs you might see on the red carpet or in the audience. So who should we bet our money on first? What's that? Should we get in formation? Beyoncé. Seriously, will Beyoncé be at the 2016 Oscars? It's the most important question I've asked in a long time.

Though it's been eight years since Beyoncé made a name for herself on the big screen in Dreamgirls, I wouldn't be surprised if she decided to make an appearance on this year's red carpet. Mostly because (if we're being honest), I'm never really surprised by what Beyoncé does anymore. But also because she should totally be riding the success of her newly released "Formation" and killer Super Bowl performance right now. She's already at such a high point with her career, why not take it higher by showing up to the Oscars? It would be such a Bey thing to do.

Though Bey's participation at this year's Academy Awards hasn't been confirmed either way, if we look back to her past Oscar attendance rate, things become a little more clear (emphasis on the little). Last year, she didn't attend the actual event, but she was seen at the Vanity Fair after party. Recently, we haven't seen her at all, but there was a period in time where she was on an Oscar performing streak. Beyoncé performed onstage at the Oscars in 2009, 2008, 2007, and 2005.

While there's definitely no guarantee, and no real, tangible reason to suspect that Queen Bey will grace us with her presence, the possibility is there for one huge, glaring reason. Given her recent political performances about race (as seen in the "Formation" music video/lyrics and the Super Bowl performance), and the Oscar's diversity problem, a Beyoncé appearance would sure shake up the Academy. Maybe that's what they need to get through their heads that diversity is important — a Beyoncé power slay.