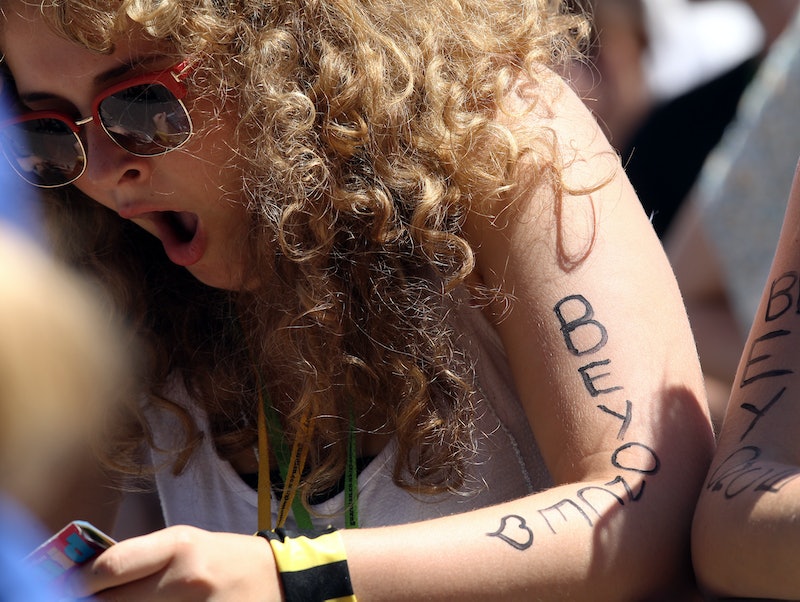 Sometimes, all I do with my days is sit around, dreaming of Beyoncé’s new album. When she released “Formation” for all of the world to experience and enjoy, this tendency of mine became even worse. I stopped seeing friends. I skipped appointments. I played that song on repeat and dreamed of the day when Beyoncé would drop an entire album into everyonce's laps like the musical goddess that she is. So, when I overheard someone recently say, “What if there isn’t a new Beyonce album?” I restrained the inclination I had to kick them in the shins and ran to the protective cover of my Bey-heavy playlist — my go-to during times of severe emotional distress. I’ve been playing it on repeat ever since, but the whole question has made me wonder if that question is even possible. Is it possible that there won’t be a new Beyoncé album? And, if so, how will we all survive?

Well, I’ll tell you one thing: I can stand a lot of things in this world, but a world without a new Beyoncé album is not one of them. So ,if by some strange twist of fate there is no new Beyoncé album in the works, I will be devastated. Heartbroken. Rendered inconsolable by the lack of new Bey in my life.

But, I guess it is kind of possible that there is no Beyoncé album in the works. I mean, I hate to even say it out loud and put that energy out into the world, but the fact of the matter is, Beyoncé has not said a single word about working on a new album. Sure, other people have had plenty of things to say — people like music producers claiming they’ve been working with her, other artists who are supposedly collaborating with her, and stylists who claim to have heard it — but when it comes to any real confirmation from the artist herself, there is none.

That said, I think it's more than likely an album is coming. Yes, Bey hasn't graced the world with any information about it, but I'm highly doubtful that all those who have said they're working with her or have heard her new music would be fibbing — it'd be a grand conspiracy if they all were, at the same time. Plus, Bey's stylist Ty Hunter sounded extremely convincing when he claimed to Andy Cohen on Watch What Happens Live in early February, "I've heard the new album, and it's beyond awesome."

So, is it possible that there won’t be a new Beyoncé album anytime soon? Is it possible that “Formation” is a stand-alone single with nothing else to follow it but a trail of avid fans? Technically, yes — but highly unlikely. Of course, nothing will be for certain until Bey actually talks about releasing a new album, but still, I don't think there's much cause for worry just yet. It seems like, in this case, the question shouldn't be "if," but more of a "when."

Still, though, you mark my words: If there is no new Beyoncé album coming out, I’m going to cry myself to sleep until there is one. You can count on that.