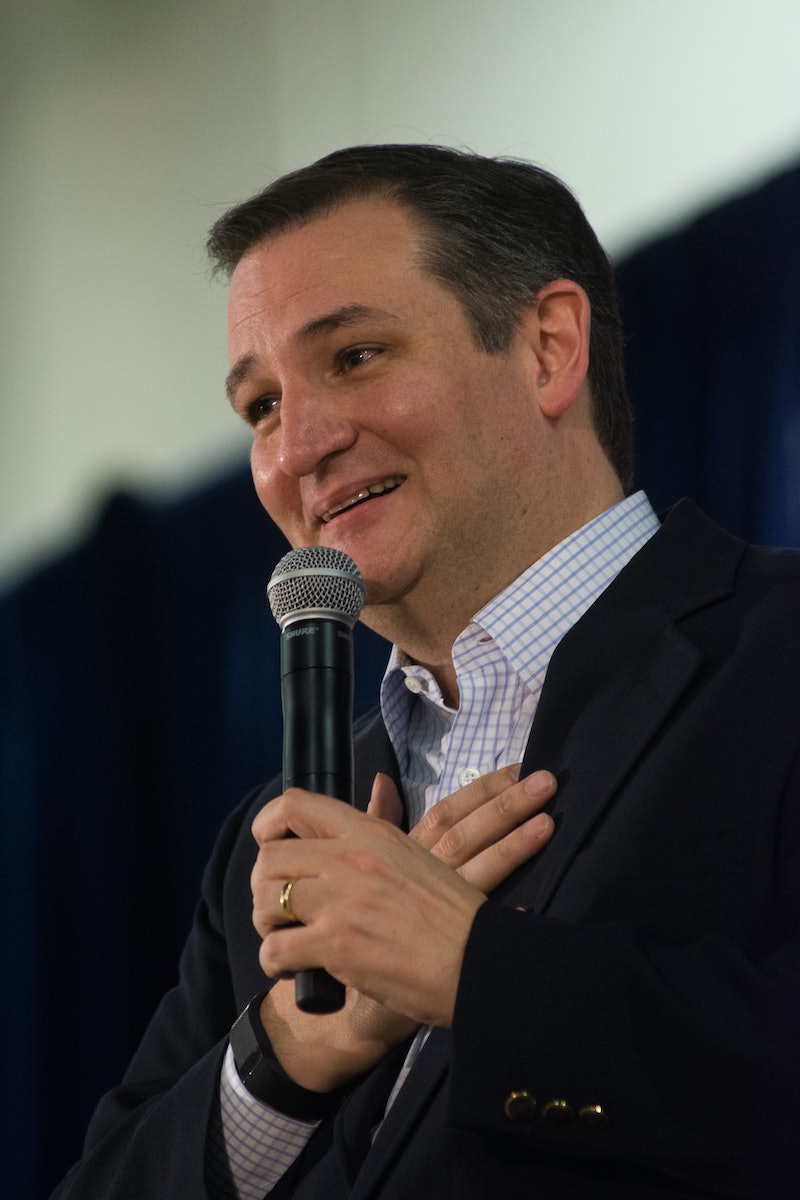 Shortly after Donald Trump called him a "soft, weak little baby," Ted Cruz posted a clip from Austin Powers in an attempt to embarrass the casino magnate and 2016 frontrunner. That’s a hell of a sentence right there, so let me explain. Trump likened Cruz to a baby at a campaign event earlier in the day. In response, Cruz sent a tweet with a clip from the second Austin Powers film that depicts a character attempting to eat a miniaturized clone of Mike Myers because ... OK, well, this is going to be a bit more difficult than I thought.

The 1999 film Austin Powers: The Spy Who Shagged Me features a character named Fat Bastard. In addition to being an offensive, fat-shaming stereotype, Fat Bastard also professes a desire to eat babies. In one scene, he mistakes another character for a baby and chases him around the room, shouting "get in my belly" and attempting to eat him.

In his tweet, Ted Cruz referenced Trump's "baby" insult, sarcastically saying that it demonstrated "class and grace," and linked to a clip of the above scene. "Hope he doesn't try to eat me!," the junior Senator from Texas added. All right, I think that just about brings us up to speed.

The idea here was to liken Donald Trump to an orange-haired buffoon, and the joke effectively cleared that very low bar. In all fairness, this was probably one of the more amusing pop culture references Cruz has made, but that's only because the rest of Ted Cruz's pop culture references are so uniformly terrible. There was the awful series of Simpsons impressions he did, for example, or his painful reenactment of a scene from The Princess Bride. And let's not forget the time he proclaimed that Captain Kirk from Star Trek would be a Republican.

When the results are in from Tuesday's Nevada caucuses, we may have an idea of whether Cruz's last-minute Austin Powers joke moved the needle at all in the Republican primary.