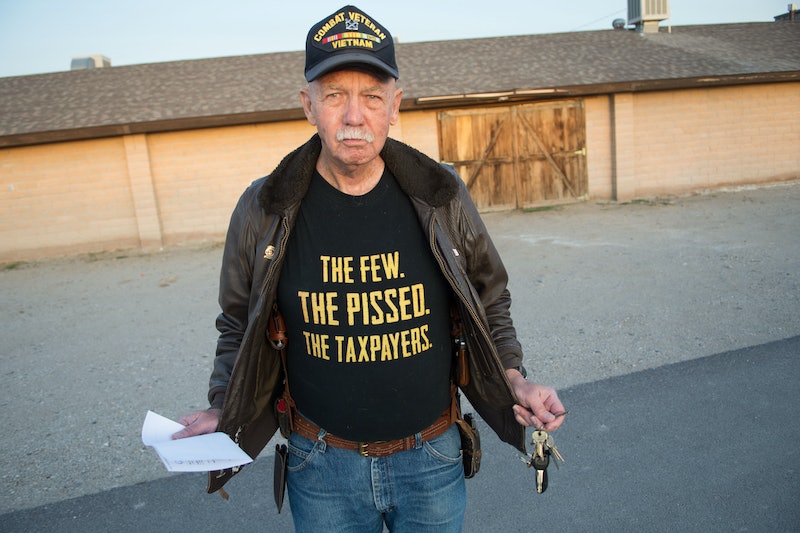 On Tuesday night, Nevada held the country's fourth GOP primary election, forcing voters to choose between Donald Trump, Ted Cruz, Marco Rubio, Ben Carson, and John Kasich as the best choice for the party's nominee for president. According to CNN's analysis of early entrance polls, voters in the Nevada GOP caucus were really angry with the federal government. Since much of Donald Trump's campaign and persona centers on anger, this was a good sign for his chances in the state before all the caucus sites had even closed.

In a recent GOP debate, Trump didn't fight his label as the angry candidate, saying: "I'm very angry, because our country is being run horribly, and I will gladly accept the mantle of anger." So, it's not surprising that a mad electorate channeled its energy into a Trump victory in Nevada.

In addition to being rather angry, 61 percent of Nevada Republicans told pollsters before voting Tuesday that they didn't want someone apart of the GOP establishment to get the nomination. Only 33 percent said they preferred a presidential candidate with political experience, which sets Trump apart from his politically-experienced opponents. For outraged voters who want to elect a non-politician, Trump is the ideal candidate.

Those polled were largely older white voters, with just 14 percent identifying as non-white and 5 percent under the age of 29.

Of course, entrance polls aren't set in stone, and voters have the opportunity to change their minds about who to vote for, but Trump's win signified that the anger was real.