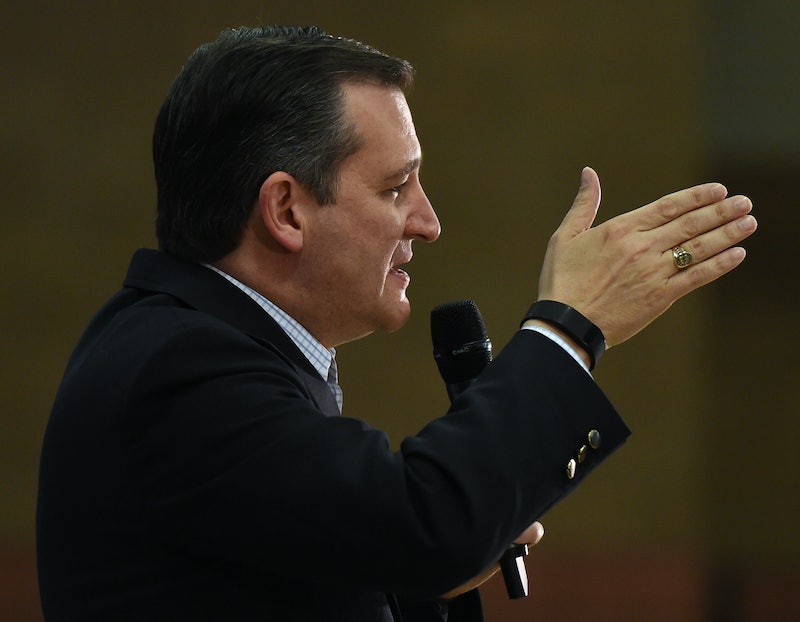 After a long, chaotic night, the Nevada caucuses are finally over, and the official results are in. As expected, this was a big night for Donald Trump, and his march toward the Republican nomination is looking more unstoppable by the day. But hey, there were some other candidates competing, too, including the junior senator from Texas. How many delegates did Ted Cruz win in Nevada?

The Associated Press reported Wednesday morning that Cruz narrowly lost the chance to be runner-up to Trump, finishing in third just behind Sen. Marco Rubio. Nevada gave Cruz six delegates, bringing his total to 17 — and tying him with Rubio for the overall totals.

Still, both pale in comparison to Trump. After resounding victories in New Hampshire, South Carolina and Nevada, the real estate magnate now has 81 delegates. That's a pretty huge lead, and any honest, clear-headed assessment of the 2016 race has to conclude that Trump is the overwhelming favorite to be the Republican presidential nominee, who must have at least 1,237 delegates.

But don't expect Cruz to drop out anytime soon. On Super Tuesday, his home state of Texas will vote, and that's a big one. For one, it's Cruz's home state, and he's currently leading in the polls. Secondly, it's worth a boat load of delegates. Last of all, the state allocates its delegates via a hybrid system (unhelpfully known as "winner-take-some") that offers candidates the tantalizing possibility of winning all 155 delegates in the state if they get more than 50 percent of the vote statewide and in every county. Texas could be Cruz's lifeline.

In all likelihood, though, it will be a pretty short lifeline. Beyond Texas, Cruz faces some pretty brutal delegate math, and given his performance so far, it's hard to see a path forward to him. Most ominously, he's consistently failed to win over evangelical voters, who were supposed to be his bread and butter, and it's unclear exactly how he plans to make up for that deficit.

Realistically, the best hope the Republican Party has for wrestling the nomination away from Trump is a contested convention. And yet, as Democrats learned in 1968, a contested convention really doesn't look very good in the eyes of voters, as it makes the party seem like a disorganized mess (which, let's be honest, wouldn't be the most inaccurate depiction of the modern-day GOP).

Make no mistake: The Nevada caucuses were not kind to Ted Cruz. But his problems started long before that. Specifically, they started in June, when Donald J. Trump entered the race.