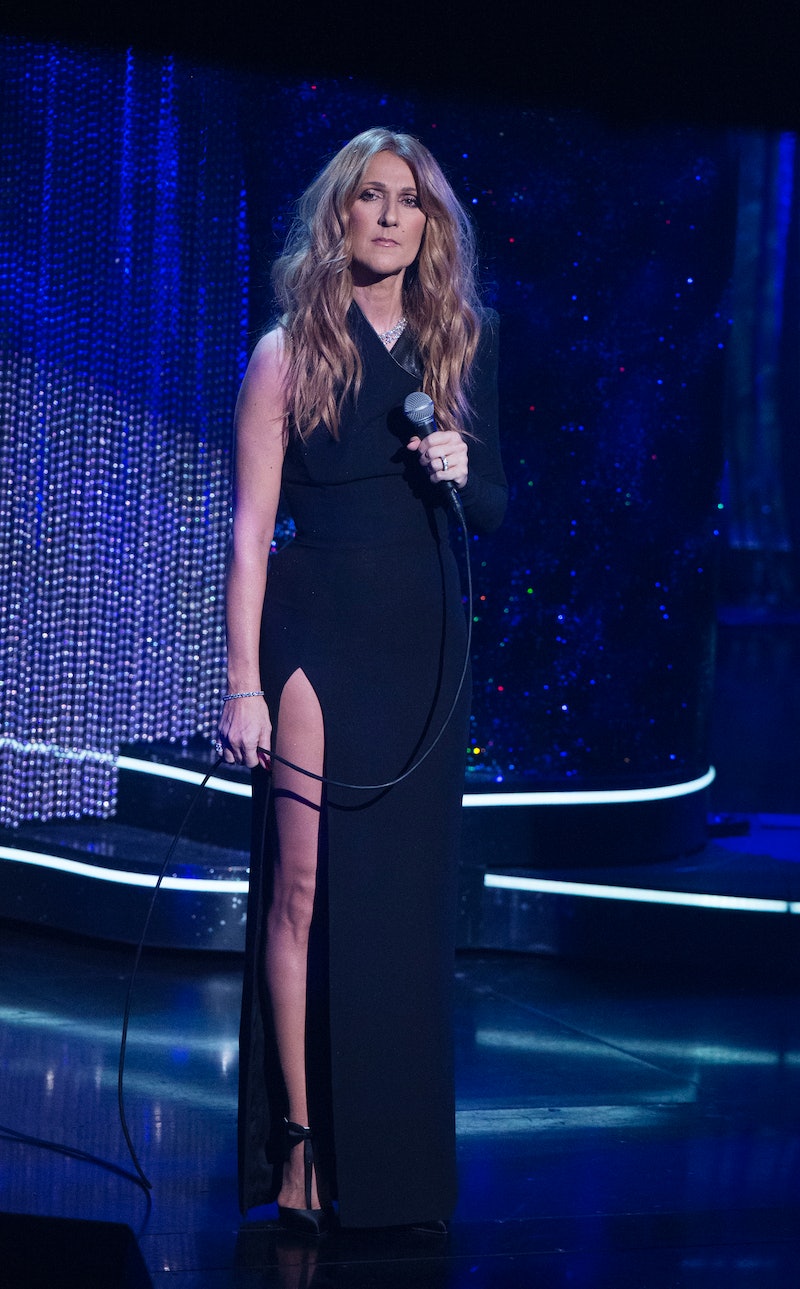 It's been an incredibly difficult start to 2016 for Celine Dion, who lost both her husband and brother in the span of only a few days. Rene Angelil, Dion's husband of nearly 23 years, passed away in January after a lengthy battle with cancer. Only a few days later, her brother Daniel also died from similar causes. The grief the singer must be feeling is still fresh, but ever the consummate professional, Dion returned to the stage at The Colosseum in Las Vegas on Tuesday night, where she not only sang her heart out, but paid beautiful tribute to her longtime partner by sharing moving words about her love for him even after his passing.

According to US Weekly, the concert began with a video montage of photographs and videos of Angelil as well as quote from Dion herself: "I understood that my career was in a way his masterpiece, his song, his symphony. The idea of leaving it unfinished would have hurt him terribly. I realized that if he ever left us, I would have to continue without him, for him." Her performance of "With One More Look At You" was said to be an emotional one, with Dion's voice breaking at times throughout the song.

Dion's tribute to Angelil didn't end there. She also told the crowd that the couple "were one and nothing has changed" and that throughout her entire life, she "only had eyes for [her] husband." Their connection, she told the crowd, was so strong and palpable that she didn't even have to look at him in the audience night after night to feel his presence on stage with her, which gave her the courage and strength to do her very best — a phenomenon she'd experienced throughout her life thanks to their love.

"I might not hear his voice yet, but I talk to him, I think of him all the time," Dion confessed to the audience. "I feel and I know he hears me, one way or another. I know he will give me a sign for his approval or not. And now I can feel that he is telling me to zip it and start singing."

While Angelil's presence will likely always be felt in Dion's life, it's heartening to know that she has her music and loving fans with whom to share his memory, to keep it alive and well in everyone's hearts.