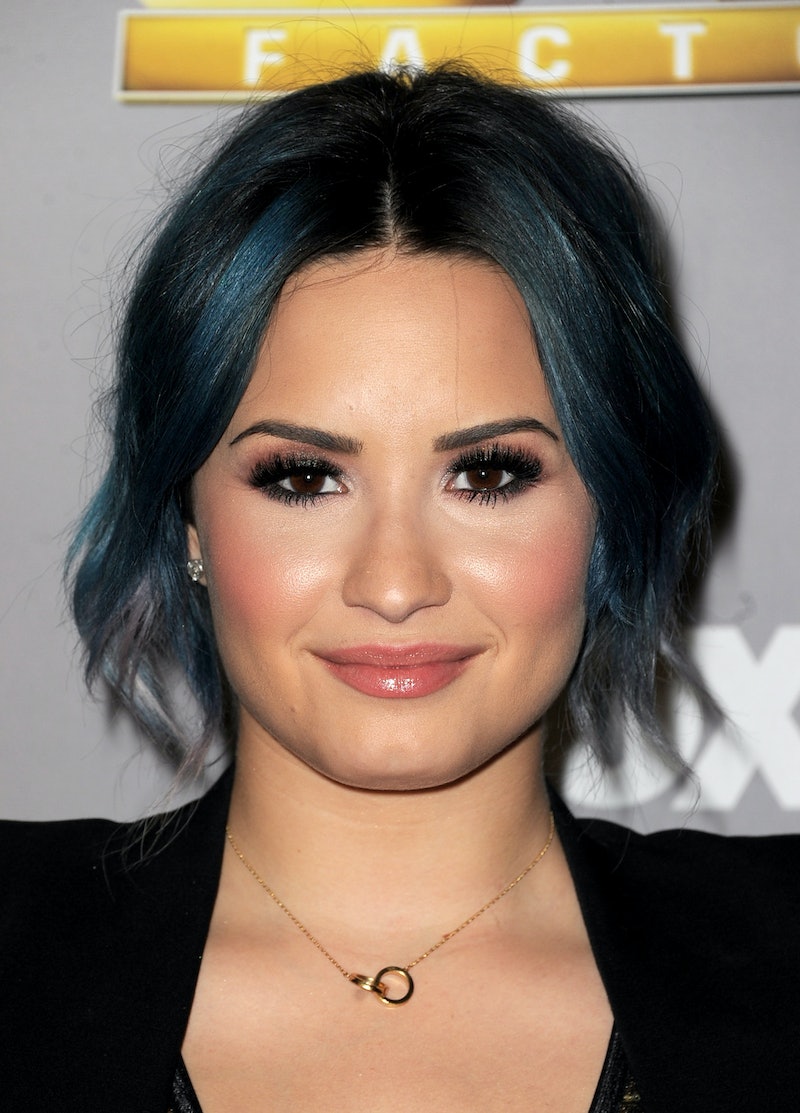 Demi Lovato deserves a lot of props. Just putting that out there. Girl's been through a lot for a person so young, and she rebounded and worked her way into being an evolved, wise person with good perspective at a rather impressive rate, getting to a place that a whole lot of people fail at ever reaching and/or struggle their entire lives to get to. And so when Demi Lovato responded to Philip Seymour Hoffman's death today, it's not really that big of a surprise that what she said was of the "important" variety — and something some other celebrities and general other humans could do with listening to.

"Sad" isn't the word I'd use to describe a 46 year old man throwing his life away to drugs. "Senseless" is more like it. "Stupid."

The tweet has since been deleted and was followed up by two more kind-of-sort-of backtracking:

I didnt mean PSH is stupid or that addiction isnt a reality. I simply meant I have a different definition of "tragedy".

When I think "tragedy", I think of St Judes, of genocide, of articles I read in the paper. But, yes, either way, a death, is sad.

Here's what Lovato wrote in an extended tweet today after news of Hoffman's death spread, not in response to Padelecki directly but nonetheless hitting on some of the issues Padelecki demonstrated:

I wish more people would lose the stigma and treat addiction as the deadly and serious DISEASE that it is. Drugs are not something to glamorize in pop music or film to portray as harmless recreational fun. It's not cute, "cool" or admire able. It's very rare when people can actually predict their addiction and even then, you never know when too much is going to take their life or take a bad batch of whatever it is their using. It's time people start really taking action on changing what we're actually singing/rapping about these days because you never know if you could be glamorizing a certain drug to a first time user or alcoholic who could possibly end up dead because they end up suffering from the same deadly disease so many have already died from. This stuff is not something to mess with. Why risk it? Addiction IS a disease. Please spread the word so we can take the taboo out of discussing this illness and raising awareness to people of all ages. RIP Philip Seymour Hoffman.. An INCREDIBLE artist who lost his life to this horrible disease.. May you rest peacefully and in complete serenity now that your pain is gone. God Bless...

The stigma against addiction is a widespread one, and one that's hard to fight. Lovato, of course, knows this as well as anyone: She became an addict at a very young age, and very publicly at that. She sought the help that she needed and no doubt works actively every day to keep herself and her lifestyle healthy. But addiction is a disease, and as a whole lot of people have unfortunately (and, yes, tragically) learned the hard way, it's not always as cut and dry as that.

As we're seeing today with Hoffman's death, and as we saw last year with Cory Monteith's, it doesn't take long for the Issues surrounding addiction to take the wheel of discussion over these losses. But as Padelecki's tweets prove, maybe that's not a bad thing. Because yes, we should honor Hoffman for his incredible contributions to the creative world. We should also remember that there are a lot of people out there with terribly misguided views on what addiction is and how it works. So while we're at it we should probably thank people like Lovato for speaking out. Because she kind of knows what she's talking about.