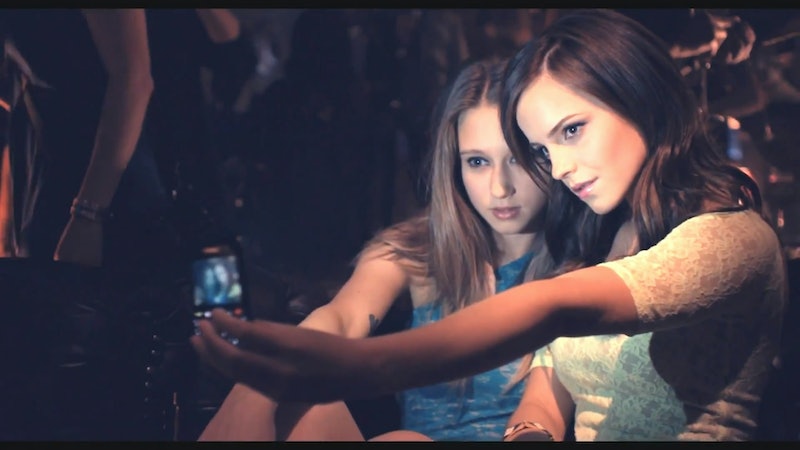 I have long since held fast to the notion that there is no way that Hogwarts wouldn't have WiFi by 2016. No Muggle parent in their right mind would sign off on the whole, "Nah, mom, it's chill, if I get low key murdered by the bloodthirsty basilisk hiding under the hardwood someone will def send you an owl." Thankfully, Muggleborns at Hogwarts are getting their wish, and the installation of aforementioned WiFi is now being chronicled by "The Setup Wizard" on Tumblr. The poor Muggle IT guy being the account is now stationed at the magical school and live-updating his struggles, and it is possibly the best journal/anthropological nightmare/fan fiction you will ever read.

Our poor hero's name is Johnathon Dart, and much like the Muggleborn students who came before him, he had never heard of magic or Hogwarts before he was summoned to complete his arduous task. Now we can join him on his misadventures as he stumbles on the Room of Requirement, our dear friend Moaning Myrtle, and a bunch of stubborn wizards who think that "Alohomora" will open their password-protected laptops.

Here is his first entry:

First day on the job.

Where in the world do I begin? Hello, my name is Jonathan Dart and, as of today, I am officially the IT guy at Hogwarts School for Witchcraft and Wizardry.

You read that correctly. It took them until 2016, but both students and staff alike have finally caved and demanded that their cell phones work on school grounds, and with that request they had to find a “muggle” (a term I’m quickly learning to detest) to install wifi and maintain any technology that functions on school grounds.

So let’s make this clear to any wizards, witches, or IT muggles allowed into their circle out there. I just entered this “wizarding world” 3 days ago. This is all entirely new to me. I’m writing this because I’ve learned through the grapevine that other magical schools are planning on making the same jump, and I’m hoping my experiences can help other outsiders down the road.

As its my first day I really don’t have much advice to give. All I can do is stand here and wonder to myself what the hell I was thinking. For the record, I’m typing this on my iPhone while I ride a magic staircase. They better have beer in this world because I’m going to need a drink tonight.

Somebody get this man some Firewhiskey, STAT.

For real, though — when you think about it logically, Hogwarts would have to have WiFi by now. In the '90s, when the series was set, it wouldn't have been a big deal, but these days you can't just take 15 Muggleborn kids every year and have them POOF off of social media. It would look hella suspicious if they all of a sudden never updated Snapchat or subtweeted another teen or wrote "ugh mom get off Facebook" on their walls. So while I see the concern that WiFi might compromise the Statute of Secrecy, consider how much not having WiFi would compromise it. When you think about it, Dart is a true Muggle hero.

It's a shame that he'll probably get his brain wiped when all of his is done, but in the meantime, keep doing the good work, dude. Follow "The Set Up Wizard" on Tumblr here.

More like this
'Bridgerton' Star Nicola Coughlan Confirms Season 3 Will Focus On Colin & Penelope
By Grace Wehniainen and Alyssa Lapid
Candice Carty-Williams’ 'People Person' Tackles Daddy Issues With Warmth
By Sam Rogers
The Trailer For The 'Game Of Thrones' Prequel 'House Of The Dragon' Is Dark AF
By Grace Wehniainen
Why The '365 Days' Sex Scenes Are Good, Even If The Movies Aren’t
By Arya Roshanian
Get Even More From Bustle — Sign Up For The Newsletter