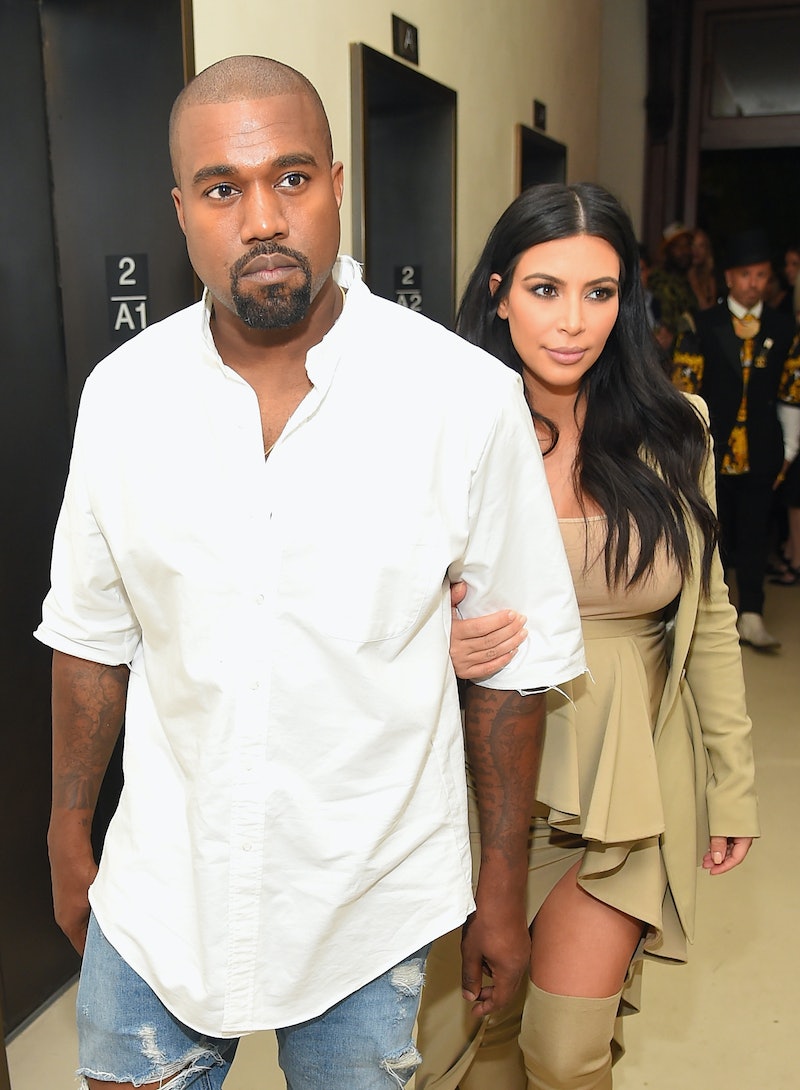 It's finally time for the 2016 Oscars, where all your favorite stars dress up in fancy clothes and jewelry worth more than any of us will probably make in a lifetime, and where some of those stars will be lucky enough to go home with a heavy gold statue commemorating how awesome they are at their jobs in the movie industry. It's film's biggest honor, and the ceremony, while tedious and frankly way too long, is still must-watch TV year after year. Who's going to show up? What will they wear? Will Leonardo DiCaprio finally get his statue? All of those questions will be answered in due time, but there's something way more important that I want to know: Are Kim Kardashian and Kanye West going to be at the Oscars?

Sure, the Oscars are all about Hollywood movie stars, but you don't have to be an actor to attend the ceremony and walk the red carpet. The Academy Awards are just as much of a fashion show, a chance to see and be seen, as they are about handing out trophies. It would only make sense for Kimye to be in attendance, considering they're two of the biggest stars in the world. So did they get tickets, or what?

We won't actually know if Kardashian and West will make an appearance until the stars start to walk the red carpet, but given that West apparently expressed interest in hosting the ceremony recently and said he'd give an Oscar to Kardashian just because he wants to, there's a fair chance they'll show their faces. Then again, West's recent erratic behavior has given pause to many, so there's also a chance that an invite may not have been extended for fear that he'd cause a scene. But wait, isn't that what the Oscars are all about? It would certainly liven things up a bit.

If they do turn up, something tells me the cameras will be panning their way in the audience pretty often. After all, for better or worse, they're probably America's number one celebrity couple. We hate to love them, love to hate them, whatever — we want to know what they're doing, what they're wearing, and what they'll say next. I've got my fingers crossed they'll be front and center for the ceremony, that's for sure.

More like this
Are The Names Of Kim K & Kanye's Kids Tattooed On Pete Davidson's Neck?
By Bustle Editors
Watch Pete Davidson Joke About The “Really Weird” Kanye West Drama On Stage
By Brad Witter
Kanye Walked Out Of Kim's 'SNL' Monologue Because Of These 2 Words
By Jake Viswanath
Remember When Benedict Cumberbatch Announced His Engagement In A Newspaper Ad?
By Hugh McIntyre
Get Even More From Bustle — Sign Up For The Newsletter