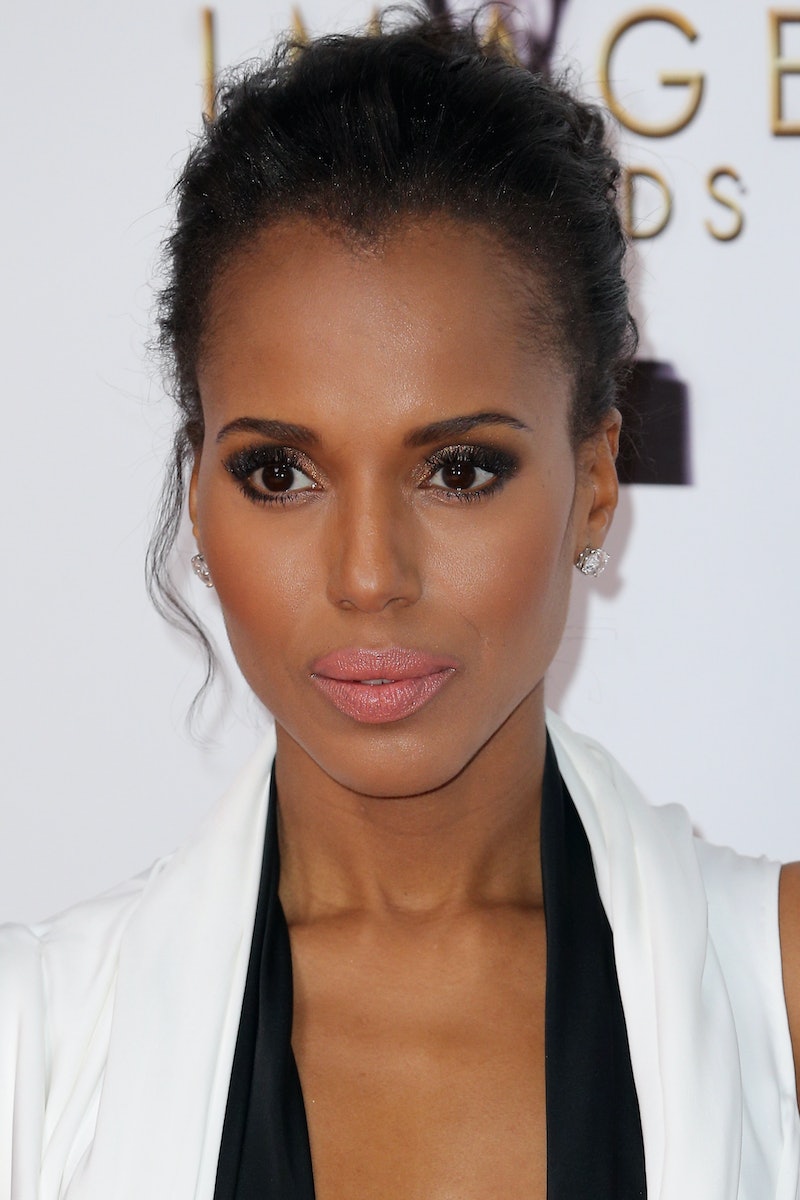 She's now known for playing the tough-as-nails, get-it-done trailblazer Olivia Pope on Scandal, but Kerry Washington has said that her fictional character "is no role model" thanks to her dalliances with a married president. Washington may disapprove of fans looking to Pope as an inspiration in their own lives, but it's quite the opposite for the actor herself herself: Kerry Washington's actually a fantastic role model not just for Scandal fans, but for all women. At the age of 39, Washington shared advice she'd give herself at 18, and her words of wisdom are slightly odd but totally brilliant.

Teen Vogue tapped Washington to share advice to their teenage readers, and she shared her advice in the form of a letter to her 18-year-old self. She gives a lot of sage advice in the video, including a tidbit from her yoga instructor that is great for everyone, even if you're never going to be caught dead doing a headstand. Washington says:

I had a yoga teacher who said to me always stay on your own yoga mat, because sometimes if you're in headstand and you're too busy looking at the person on the other mat, you could literally break your neck. I feel like that's a really good metaphor for life, to stay on your own path. Do what's right for you. You can't compare your insides with somebody else's outsides because you never know what's going on with somebody else, really.

Washington gave lots of great advice to Teen Vogue, but this is the one piece that sticks out because it's so true, whether you're 18, or 38, or 58. At any stage of life, it's hard to not look around and compare yourself and your accomplishments to your perception of other peoples' accomplishments, but there is always so much more to the story than meets the eye. Especially on social media, it's easy to feel like other people are living more fulfilled, more exciting lives, but social media only presents a quick glimpse of someone's whole existence, which can be hard for anyone to keep in mind.

This is one quote to put on the fridge or desk, somewhere you'll see it every day... or perhaps on your yoga mat?