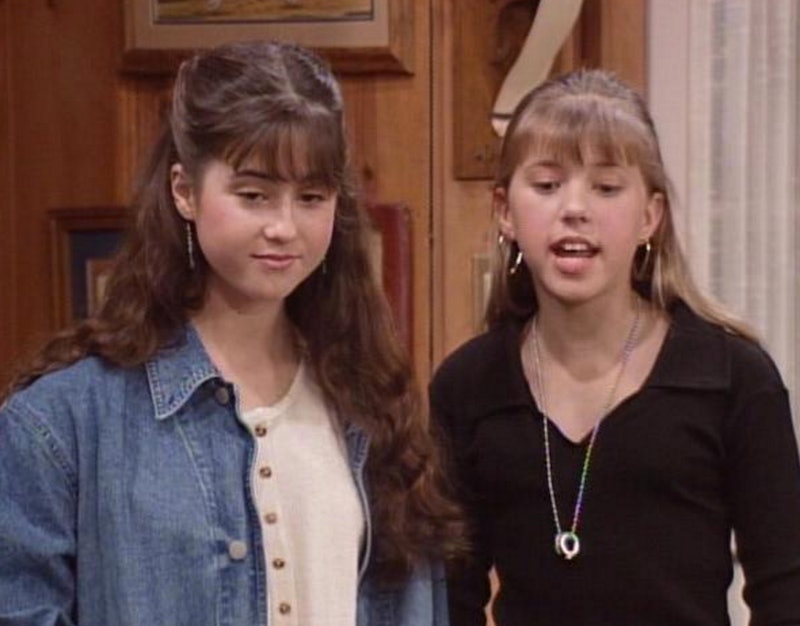 If you were to say you happen to be an avid Full House fan who didn't feel even the slightest pang of nostalgia when you saw the Fuller House teaser trailer, I'd have two words for you: HOW RUDE. Look, I realize TV/movie revivals are not everyone's thing. That’s fine, I totally get it, that’s everybody's prerogative, we all have our reboot limits (for starters, the last Teenage Mutant Ninja Turtles was most certainly not my cup of pizza tea), etcetera. However, I would like to think that even the biggest reboot curmudgeon would get a kick out of seeing a majority of the Tanner family on the small screen once again. I might go so far as to say that for the last two decades, we've been lost out there and all alone. And Fuller House is like a light waiting to carry us home to the Tanner house. Our friends are back.

Since we're already on the subjects of of friendship and nostalgia and Full House and Steph's catchphrase, this feels like the perfect occasion to find out what Stephanie Tanner's pals have been up to lately. So why don't we throw on a shrunken purple sweater, fire up the "Motownphilly," and check in with the actors who portrayed the middle Tanner kid's friends?

The actress who played Stephanie's first middle school friend has been all over the small screen lately. Molly Morgan’s recent credits include critically acclaimed television shows Dexter, Weeds, and The Big Bang Theory. She will also be in an episode of FX’s new series Baskets.

Oh, Duckface. If only your classmates understood just how ahead of the curve you were. Actor Whit Hertford has been working consistently since his days of playing Walter on Full House. Some of his recent gigs include TV shows like Raising Hope, Psych, Glee, and How I Met Your Mother. He also voiced several characters in animated series Star Wars: The Clone Wars.

The Girl Talk drummer PRETTY SURE GIRL TALK IS JUST THE ONE GUY, CAN YOU DOUBLE TRIPLE CHECK THIS? had a steady career in the '90s; Melissa Clayton appeared on shows like Dr. Quinn, Medicine Woman, Land's End, and Step by Step. She's been out of the spotlight since then, so you'll have to use your imagination when it comes to what she looks like today.

And finally, we have Gia, the cigarette-toting, make out party-throwing queen bee of Stephanie's junior high. So what has the actress who played Stephanie’s rebellious BFF been up to as of late? Marla Sokoloff recently showed up on The Fosters, Hot In Cleveland, Drop Dead Diva, Burn Notice, and Grey’s Anatomy.

And may we never forget her turn in the forever iconic movie that is Dude, Where's My Car?: