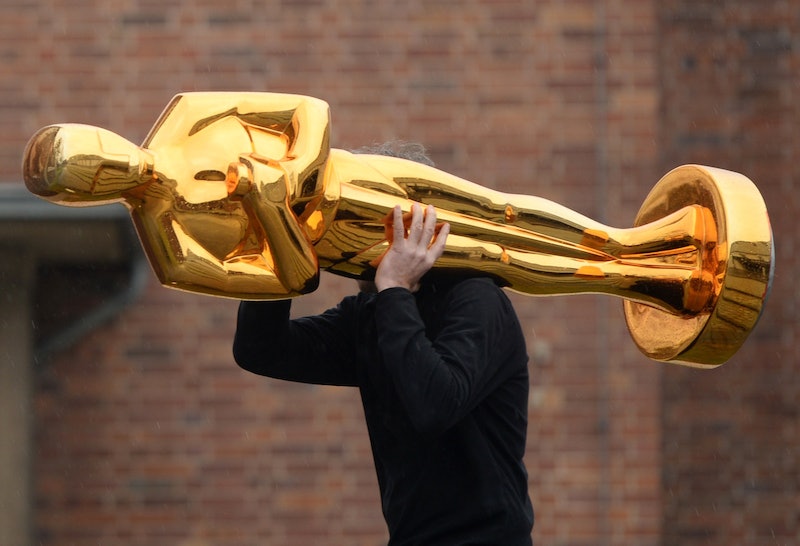 The time has come once more to celebrate the incredible talents of the film industry. But I'm not just talking about any awards ceremony. What I'm referring to is Hollywood's biggest (and most prestigious) night of the year: the 2016 Academy Awards, which is set to kick off on Sunday at 8:30 p.m. (ET) at the Dolby Theatre in Hollywood. It's a magical night to honor the world of entertainment and the fine actors that bring these amazing scripts to life, which is why you won't want to miss a moment of all the excitement. And thanks to the power of the internet and WiFi, you don't have to be right by a TV in order to make that possible. There are many different ways viewers can stream the 2016 Oscars live, as long as you know where to look.

So whether you're being forced to work late by your boss or find yourself caught in a very inconveniently timed traffic jam during your commute back home, no worries! You have plenty of options at your disposal to help make sure you see Leonardo DiCaprio take home that long overdue Oscar statue. (Because, come on, it's going to happen this time, right?) Just follow the guidelines below and figure out which legal streaming device works best for you.

Given that the ceremony is airing on ABC, it make sense that ABC.com would be streaming the event live to all of its online viewers. The only potential hiccup in this plan is that you have to have certain cable providers in order to qualify. (A full list of accepted providers can be found here.) You also have to be located in one of these areas: Chicago, Fresno, Houston, Los Angeles, New York City, Philadelphia, Raleigh-Durham, and San Francisco. So if you fit the criteria, you're all set and ready to stream at your leisure on the official ABC website.

If you plan on watching the ceremony from a mobile device rather than a computer, then the Watch ABC app is the perfect fit for you. It's pretty much the mobile equivalent to ABC.com, however, that also means that the same restrictions apply. So if you don't have the right cable provider or location, you will need to go a different route.

You may not get to see the entire show on here, but odds are the Oscars website will be constantly updating itself with the latest winner news and accompanying videos that'll make you feel like you aren't missing a beat. Not to mention that the site will also be providing exclusive Oscars Backstage access to cameras that'll capture everything from live red carpet moments and backstage antics. So, in a way, you end up having better access to everything than someone who was just watching the Oscars on their TV.

While the actual ceremony doesn't kick off until 8:30 p.m. (ET), fashion enthusiasts may want to tune in at 5:25 p.m. (ET) for E! Online's livestream of red carpet coverage and be the first to see Hollywood's finest looking their finest.

Whether it's Twitter, Instagram, Facebook, or Snapchat, you have unlimited options when it comes to staying up-to-date on the night's events. Sure, it's not the ideal situation since you aren't witnessing the event firsthand, but with a steady stream of tweets and Instagram pics, you'll be just as in the know as everyone else.

More like this
Remember When Benedict Cumberbatch Announced His Engagement In A Newspaper Ad?
By Hugh McIntyre
What Is Jeanie Buss' Net Worth? The Lakers President Is Uber Rich
By Hugh McIntyre
A 'Bridgerton' Star Just Dropped A Major Hint About Joining The Live-Action Barbie Cast
By Bustle UK
'Doctor Who’s New Star Is Already Huge On TikTok
By Maxine Harrison
Get Even More From Bustle — Sign Up For The Newsletter