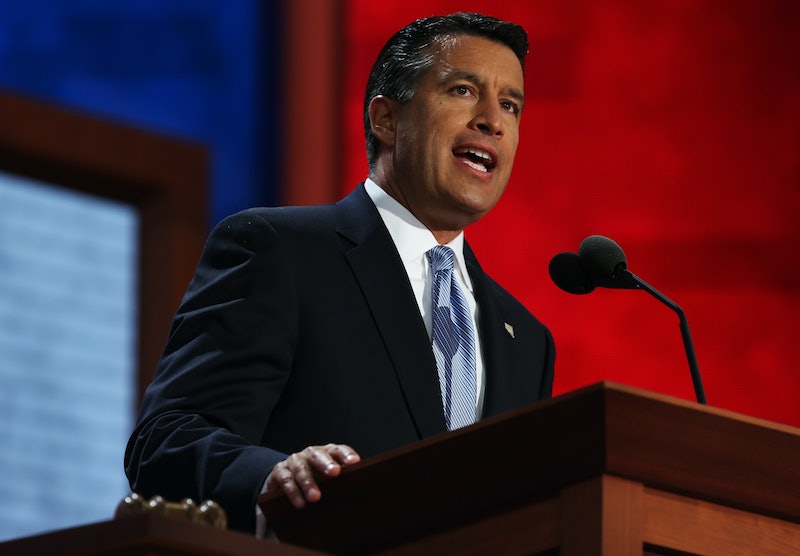 After much speculation following Supreme Court Justice Antonin Scalia's death earlier this month, President Obama is reportedly vetting Republican Nevada Gov. Brian Sandoval for a possible SCOTUS nomination. This comes at a time when Obama has been seemingly all but barred by Senate Republicans from putting a nominee forward. Conservatives in the Senate are looking to block an Obama nomination, in the hope that a Republican could take the White House in the upcoming election and subsequently appoint another conservative to the Supreme Court. Sandoval, however, could stand a shot at breaking this blockade.

This development comes just hours after a guest post by President Obama went up on SCOTUSblog. In it, he outlined the qualities he thought would be best for a new Supreme Court Justice. As fits this possible new candidate, his words were remarkably bipartisan. Titled "A Responsibility I Take Seriously," the post said that Obama is searching for someone who is "eminently qualified," shows a particular commitment to "impartial justice," and has "life experience" outside the usual concrete teachings of the law.

Evidently, Obama feels that Sandoval could fit that bill. As a Republican governor of Nevada with a proven track record of bipartisanship, Sandoval may be just the type of politician who could both break the Senate Republican's vowed inaction and sway the court to progressive decisions in the future.

Many pundits were expecting a liberal nominee, but Sandoval wouldn't be too far from that. Despite landing him an impressive approval rate in the mid-to-high 60's among Nevadans, the governor's centrist leanings puts him in a precarious position with conservatives. During the GOP's stumping in the state leading up to its caucuses, he was rarely even mentioned.

The governor's list of accomplishments likewise puts him in high esteem with his constituents but causes fellow Republicans to cringe. He increased taxes to aid Nevada's flailing education system, he's pro-choice, he's defended Obamacare, and he has championed immigration reform and renewable energy. Sandoval simply isn't a run-of-the-mill conservative.

Sandoval is therefore a surprising possibility on two fronts. He's a Republican, but a Republican often hated by those within his own party. Still, vetting a Republican at all speaks volumes about Obama's eagerness to break the conservative bullishness over the Supreme Court decision.