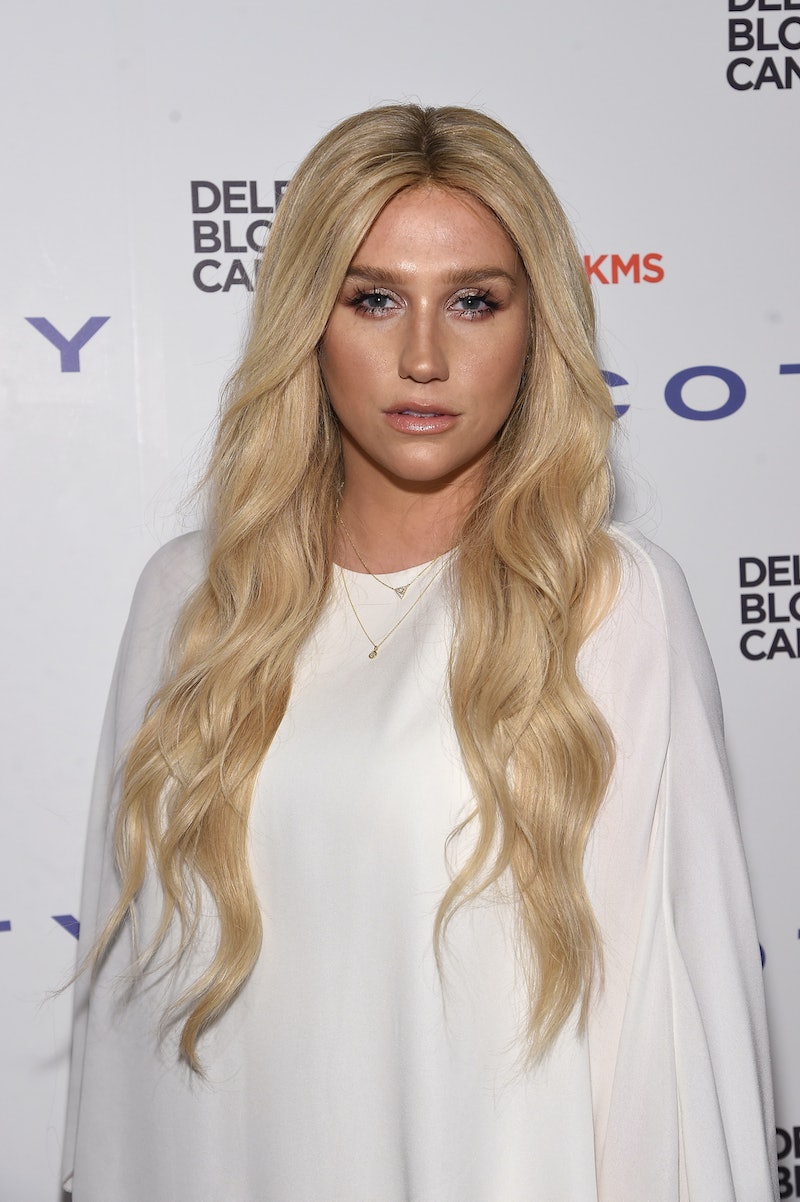 On Tuesday, Kesha released a short note on Instagram thanking fans for all of the support she's received regarding the outcome of her injunction request. On Friday, Feb. 19, a New York-based judge ruled that Kesha cannot break her contract with Sony, a record label with which she worked with producer Dr. Luke (real name: Lukasz Gottwald). In her post, she promised another statement was on its way. Well, on Wednesday, Kesha released a full-length statement on Facebook.

In October 2014, Kesha accused Gottwald of raping her when she was 18 years old and sexually abusing her. Gottwald has repeatedly denied these accusations and has countersued Kesha for defamation.

She then goes onto to discuss why she hoped to break her record contract with Gottwald. She claims it was never about "renegotiation of [her] record contract — it was never about getting a bigger, or a better deal ... This is about being free from my abuser. I would be willing to work with Sony if they do the right thing and break all ties that bind me to my abuser."

Kesha also notes that there is a much bigger issue at hand. She writes,

I think about young girls today – I don’t want my future daughter — or your daughter — or any person to be afraid that they will be punished if they speak out about being abused, especially if their abuser is in a position of power ... Unfortunately I don’t think that my case is giving people who have been abused confidence that they can speak out, and that’s a problem.

That said, Kesha does want to give other people hope when it comes to standing up for themselves and speaking out. She concludes her post,

But I just want to say that if you have been abused, please don’t be afraid to speak out. There are places that will make you feel safe. There are people who will help you. I for one, will stand beside you and behind you. I know now how this all feels and will forever fight for you the way perfect strangers have been fighting for me.

In addition to Dr. Luke speaking out on Twitter where he defended himself against Kesha's allegations once more and spoke out regarding the court's ruling, his attorney Christine Lepera released a statement to Rolling Stone , which reads in part:

Sony and Kemosabe Records, Dr. Luke's label which is housed under Sony, told the judge presiding on Friday that Kesha's claims are "transparent and misguided attempt to renegotiate her contracts," according to The Hollywood Reporter.