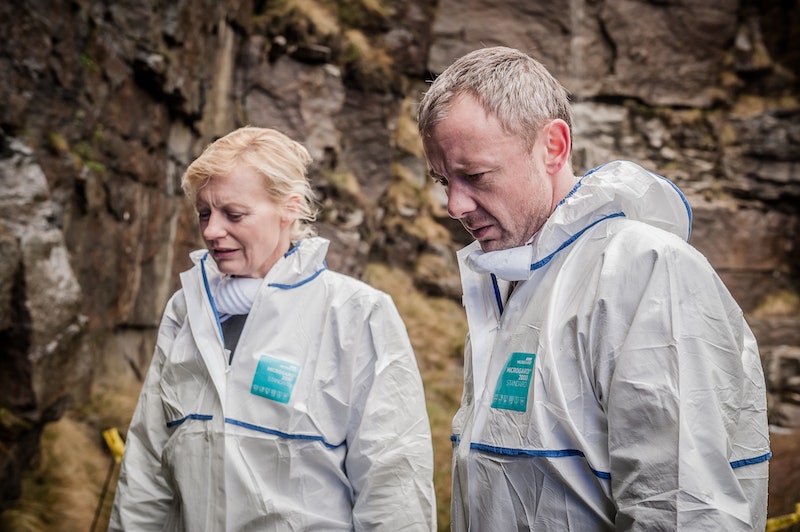 Britain has a long history of producing high-quality crime dramas and the impact those shows have left on modern American television has been noticeable. More American shows are adopting smaller seasons and more the focused storytelling that characterizes British television shows like Sherlock and Black Mirror. As many American shows try to emulate the success of British shows, BBC America is tapping right into the source and introducing a new crime drama to American audiences. Prey follows Detective Sergeant Susan Reinhardt over two separate cases in the search for truth in the face of violence — But, are the crime stories in Prey based off of real events?

Prey is another show in a long line of British Crime Dramas based entirely in a fictional universe, even if the horrible implications of their crimes feel real. DS Reinhardt investigates corruption within UK law enforcement that leads to innocent men being accused of killing their family and prison officers helping convicts escape. Prey may be more interested in the institutional failing of criminal justice in Britain than many other whodunnit-type shows, but if it's anything like other great British crime dramas, it's worth watching.

Prey premieres on Thursday Feb. 25, at 10 p.m. ET on BBC America, but if the wait between new episode is keeping you from getting your British crime fix, check out these great British crime dramas in the interim!

I mean, duh, right? It's Sherlock. It's the best of the best. You've gotta see Sherlock.

Broadchurch is the story of a big crime that shakes a small, coastal town to its core. The show features an outstanding cast anchored by David Tennant, as great as ever, and Olivia Colman, who is low-key one of the best actresses working in film and television today. It was remade into the FOX series Gracepoint , but you're better off sticking with the original and it's unpredictable twists and turns.

Starring John Simm and Philip Glenister of Prey in the roles that solidified them as British television royalty, Life On Mars tells the story of Sam Tyler, a cop who gets hit by a car in 2006 and wakes up as a cop in 1973. Tyler, working with alcoholic cop Gene Hunt, investigate crimes in the past that have a suspicious link to crimes in the present. As time goes on, Sam's relationship with reality begins to grow increasingly complicated and endlessly compelling.

Upset that Idris Elba still isn't James Bond? Well then feast on his less suave and more chaotic keeper of the peace, John Luther. What Luther lacks in tuxedos and martinis, he makes up for in dedication and bouts of violence. The deeply flawed, yet noble detective is probably the only law enforcement specialist whose life is worse than the victims he attempts to help. It's a depressing, dreary look at justice, but it's also got Idris Elba which means it's got some of the best acting on either side of the Atlantic.

Prey is one of many amongst some of the greatest crime dramas put to television courtesy of Britain. I didn't even get a chance to mention The Fall, Happy Valley, Scott & Bailey Ripper Street, Southcliffe, State Of Play, or Top Of The Lake. If Prey piques your interest in British crime dramas, real or not, you're going to have plenty of marathoning to do between episodes.