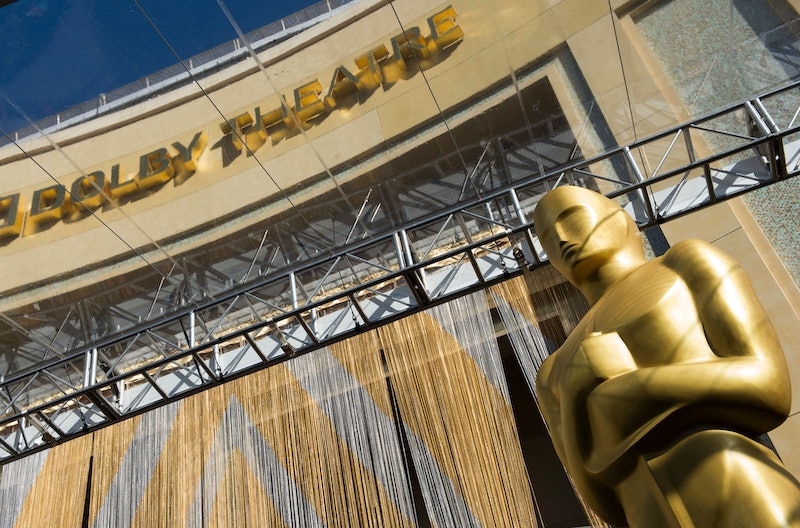 It’s almost time, friends. It’s almost time for the 2016 Academy Awards. The award ceremony is just days away, and already I’m itching to see who will be there, what they’ll be wearing, and who will be taking home the coveted statues. But, more than that, I’m dying to see what the 2016 Oscars seating chart will look like, because there’s nothing I love more than when that camera pans to the audience and shows everyone in their finest attire, schmoozing with all the other celebrities.

Ah, celebrities in their natural habitat. There’s nothing I’d rather watch for four hours. But I’m sure arranging which celebrities will sit next to each other is one of the biggest challenges of the night. There’s proximity to the stage to consider and whom host Chris Rock will most likely refer to in his opening monologue. So I’ve taken it upon myself to arrange a little sample seating chart that I think the Academy (and the show itself) could really benefit from.

Just imagine what sort of dreams these pairings would fulfill for everyone watching at home. From old teen heartthrobs to exes we’d love to see back together, this Oscars seating chart would be absolutely ideal for maximizing drama and making sure everyone at home won’t change the channel.

Because it would be like a Teen Beat cover from 1998.

They may be each other’s competition this year, but I still want Larson to join Lawrence’s squad so badly.

Because Ronan might need a more experienced actress to get her through the night. And to keep her safe from Christian Bale.

Because who wouldn’t want to listen to the two of them talk throughout the night? Those accents though.

All of that feminist energy would hopefully explode and sprinkle the entire room with a renewed urgency for closing the Hollywood wage gap.

Because that’s a comedy dream team just waiting to happen.

Because it would hurt to look at them. (And hurt even more to look away.)

Who doesn’t love a little relationship drama thrown into the mix?

Because that kidsneeds a good Hollywood mentor, and Segel strikes me as the perfect one to show him the ropes.

So I’m hoping the Academy takes a page from my book and puts these amazing celebrities together. That way, if the jokes flop and the celebrities start getting antsy, it would still make for one heck of a show.