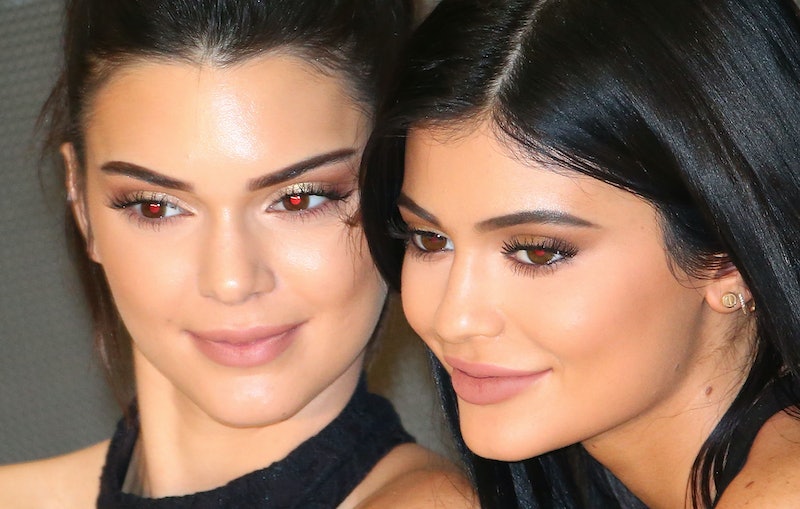 Kendall and Kylie Jenner have basically become a force to be reckoned with on red carpets, catwalks, and social media, but what about the fashion industry? Their reign might start soon, including footwear. If you're wondering are Kendall and Kylie selling shoes as part of their line? The youngest members of the Kardashian and Jenner clan have been in the headlines recently for the release of their Kendall + Kylie lookbook, but a real peek at the shoes hadn't happened since summer of 2015. Now, the sisters have taken to Instagram to not only model some of the incredible clothes but to pair them with the line's shoes as well. As their social media says, these ladies are rocking the line "head to toe."

Much ado has been made about Kendall and Kylie's line. There's little doubt that the pair has an insane amount of fashion sense, but it's the differences in their styles that make the line even more exciting. Kylie is known for her more form fitting and sexy looks while Kendall tends to stray more toward the athleisure trend, off-duty chic. It's clear from the latest photo of the line's Instagram that the pair's styles are unique, and it's even evident in the shoes they're rocking.

Per the post, the ladies are rocking top to bottom Kendall + Kylie, and they're definitely embracing individuality. The all-black separates Kylie is rocking look exactly like something she'd wear every day. Meanwhile, Kendall sports a crisp white top and blue patterned bottom that is a much more casual look than Kylie's. It's the shoes, though, that catch attention. Kylie's insanely strappy booties are a total departure from Kendall's simple, white sandals. While there was little doubt the fashion would be diverse, there's now proof that the shoes will be, too.

This isn't the first time that the pair has teased the Kendall + Kylie shoe line, though. We've got tons of incredible imagery thanks to the line's Instagram.

It's clear to see that dramatic and sexy looks are kind of their forte. These strappy knee high boots are just as sexy as Kylie's booties.

Only a few short weeks ago, they were giving us a preview revealing the diverse collection, and the internet basically its mind. These ladies do have insane shoe game, after all.

Basically, Kylie and Kendall Jenner's shoe line is going to be killer, and the image of them rocking their designs from head-to-toe prove just how insanely talented they are. Say what you will about their family or even them — if these designs didn't have the Kendall and Kylie name on them, even the harshest of critics would be scrambling for them.