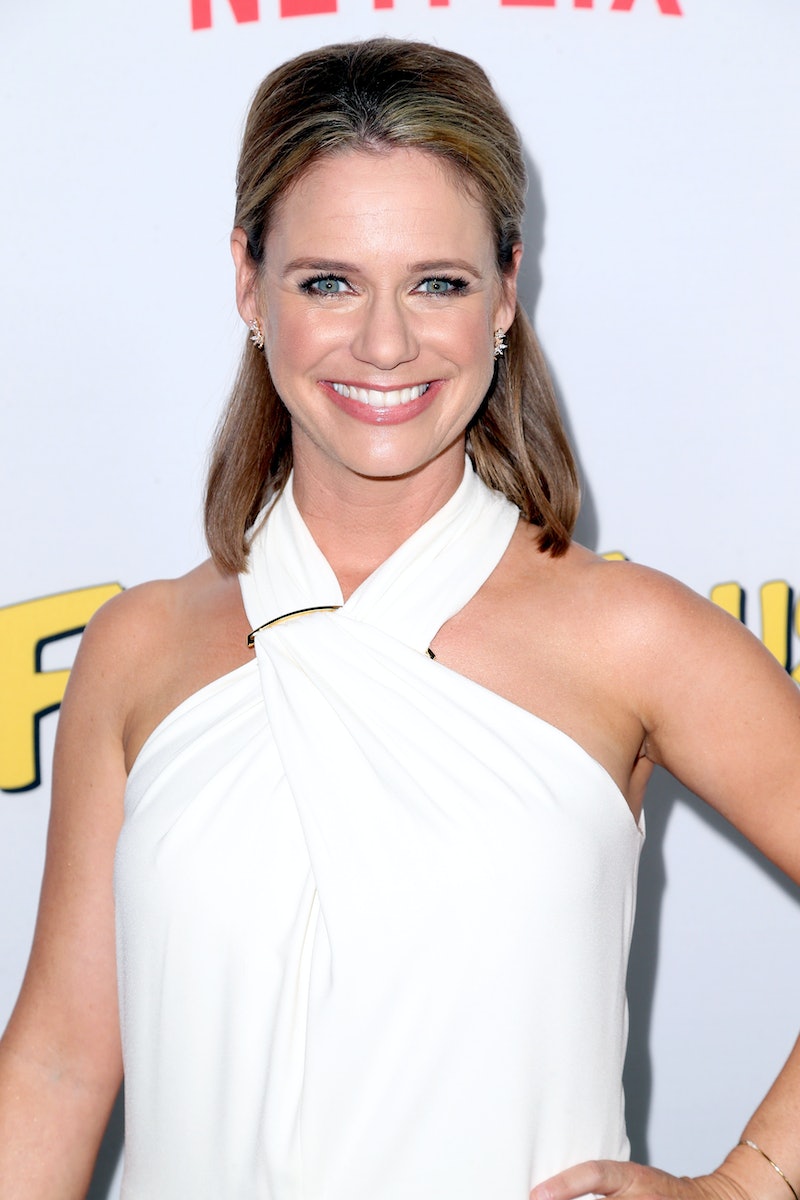 Who's ready to walk down memory lane? Friday, Feb. 26 is right around the corner, meaning Fuller House will soon be streaming on Netflix. I don't know about you, but I sure am ready to reacquaint myself with the beloved TV family who brought Full House to life. As excited as I am to see all of the Tanners, Uncle Joey, and Uncle Jesse and Aunt Becky, I'm even more ready to see Kimmy Gibbler in action. Yes, Kimmy was quirky and hilarious, but she was also inspiring in more ways than one. And guess what? The actor who made Kimmy lovable is also influential. If you didn't know it already, Andrea Barber is a role model, just like Kimmy.

While chatting with The Daily Beast, Barber opened up about her life during and away from Full House. I was completely unaware that the now 39-year-old star achieved so much success off-screen. After Full House ended, Barber was 17 and tried to become a so-called normal person living what she could of a so-called normal life.

"My life over the past 20 years has been pretty normal except for the occasional fan who’s like, 'Why do you look familiar to me?'" she told The Daily Beast. So normal in fact that like many individuals, Barber went to college, where she obtained both her bachelor's and master's degrees.

As reported by The Daily Beast, Barber received a degree in English literature from Whittier College, studied abroad in Copenhagen, interned at the United Nations in Switzerland, earned her master's degree in women's studies from the University of York in England, and then found herself back at Whittier, where she became the assistant director of international programs.

Get it, Kimmy Gibbler! How fantastic is that? It appears she seamlessly transitioned from child TV star to someone who wanted to make even more of herself. What makes for a more amazing role model than that? I have a feeling Barber's two children, Tate and Felicity, with her husband Jeremy Rytky, look up to their mom.

All of this just goes to show Full House fans that Barber and Kimmy had a lot more in common than they might've thought. Clearly, they both have and will continue to inspire anyone looking to make something of themselves, not to mention anyone who may be lacking confidence in themselves and their abilities.

As Barber told The Daily Beast about Kimmy,

She’s just so uniquely Gibbler and she makes no apologies for it. As much as people make fun of her, there’s a lot to learn from her about confidence and being who you are and making no apologies. I think a lot of teens grow up with insecurities in trying to figure out who they are. Kimmy knew from a very early age who she was and she embraced that.

There's no doubt about that. Even after all of these years, both Barber and Kimmy are making an impact. Fuller House is so much more than a revival for Full House fans, but also a series that just might teach teens today to always embrace who they truly are and to never shy away from success.

For more '90s nostalgia, check out the video below!