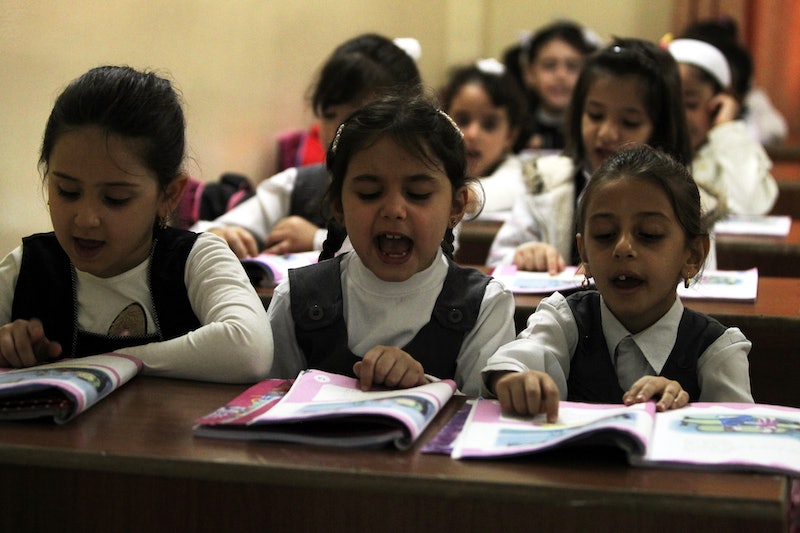 Simon & Schuster have just taken a really great step toward the need for more diverse children’s books: they’ve established a new imprint devoted to children’s books about being Muslim. The imprint, which will be called Salaam Reads, is being headed by executive editor Zareen Jaffery, who never saw herself reflected in the books she read in her own childhood, and is now keen to change that for a new generation. Salaam Reads will publish Muslim-themed children’s books at least nine times a year, and they’ve got the first four for 2017 lined up already.

As a young Pakistani-American Muslim girl, Jaffery turned to Judy Blume and other YA books to make sense of what it means to be an American, but found that none of the characters resembled her or her experiences. Thirty years later, when reading books to her young nieces and nephews, she noticed that nothing had changed. But thanks to Salaam Reads, over the next few years, young Muslims will start to see themselves increasingly appearing in board books and picture books, in middle grade and YA novels.

The books will not emphasize Islamic doctrine, but merely present the experience of being Muslim. However, the imprint’s name is a lovely nod to the religion behind it; Salaam is the Arabic word for “peace,” a key value of Islam.

Already, Salaam Reads have acquired Salam Alaikum, a picture book based on teen pop star Harris J., Musa, Moises, Mo and Kevin, a picture book about four kindergartners who learn each other’s holiday traditions, The Gauntlet of Blood and Sand, a supernatural novel about a young Bangladeshi-American girl who sets out to save her brother from a possessed board game, and Yo Soy Muslim, a picture book by the poet, and Islam convert, Mark Gonzales.

Like Jaffery, Gonzales has a very personal understanding of the need to diversify publishing. Growing up as the child of Mexican and French immigrants, he told the NY Times he felt “invisible to society, and if not invisible, demonized,” adding that it was important to him “for every child to have a book when they’re growing up that they can see themselves in.”