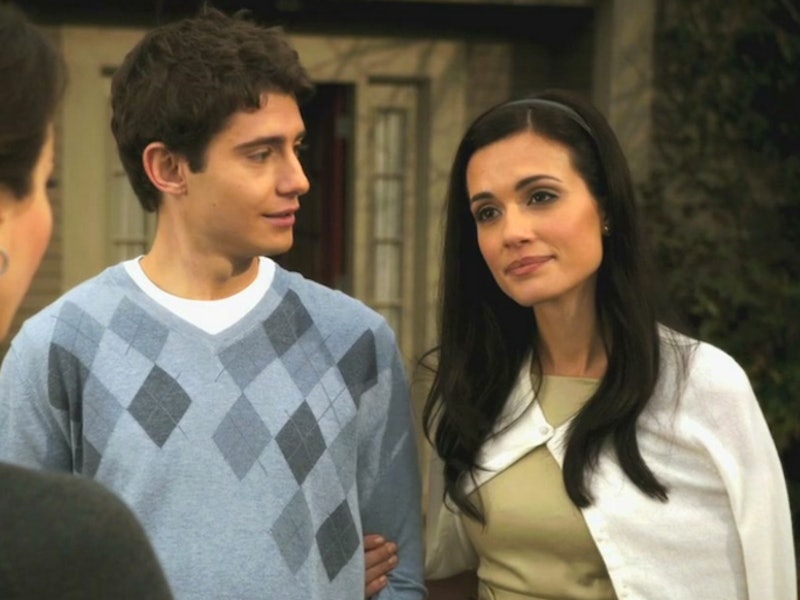 It's nice to know that some things on Pretty Little Liars never change. For example, you can take the shady doctor out of Rosewood, but you can't take Rosewood out of the shady doctor. And while it's true that Wren has been MIA from the series for quite some time (too long, in fact), it's nice to know that he's still a vital part of this new A game, especially now that we know Wren and Charlotte are connected on Pretty Little Liars in a very mysterious way. But that's the thing. As per usual, this show has answered one question by presenting us with a million other ones in its place. How do Wren and Charlotte know each other? What brought this surprising relationship into being? And, most importantly, did it play a role in Charlotte's death?

As of now, we don't have much to go on in the details department. However, thanks to Hanna's flashback, we learned that Charlotte used to call Wren on the phone during her "penthouse arrest," which led to her eventually confiding in him about what happened to Bethany Young as well as Melissa's involvement in accidentally killing her. Obviously, Melissa was less than thrilled about this little revelation, considering it was the main cause of their breakup, so that alone certainly gives her a solid motive to want to kill Charlotte. But now I'm starting to wonder if there was also another reason for their split. What if Wren became more than just a shoulder for Charlotte to cry on? The hosts of Bustle's Pretty Little Liars podcast, Taking This One To The Grave, also have some thoughts on Wren and Charlotte's connection, which you can listen to below.

Given that Charlotte used to be a patient at Radley and Wren used to work there, odds are that's initially where they crossed paths. Maybe he was even her doctor at some point. And while I'm sure that it might have started out as an innocent doctor-patient relationship, I wouldn't be too surprised if it eventually grew into something more. In fact, I wouldn't put it past Wren to have cheated on Melissa with Charlotte. (The guy has a less than stellar track record in the monogamy department, after all.) Not to mention that it would also serve as an interesting parallel to Ali and Dr. Rollins' secret romance. Perhaps that's even why Charlotte got so mad after learning about their relationship. It reminded her of what she used to share with Wren.

But regardless of whether or not Wren's relationship with Charlotte had crossed over from a professional to a personal level, it still leaves Melissa with a clear motive for killing her. I mean, she hated the thought of them even talking on the phone together, let alone anything else on a more intimate level. And if Wren's feelings for Charlotte were legit, it's possible that he's the new Uber A and determined to see her killer brought to justice.

Then again, maybe we've got it all backwards. What if Melissa had no idea about their potential romance? Maybe Charlotte got upset with Wren and threatened to expose their inappropriate doctor-patient affair to the medical board — thereby ruining his career — so he decided to silence her by killing her. I'm not just saying this because I want Wren to become a prominent part of this storyline again (though that's definitely true). But it also just makes a lot of sense. He may not have been the original A like we thought he would be, but that doesn't mean he's innocent. His connection to Charlotte is extremely important and could be the key to unmasking both the killer and Uber A once and for all. For more PLL theories, check out Bustle's previous podcasts below.