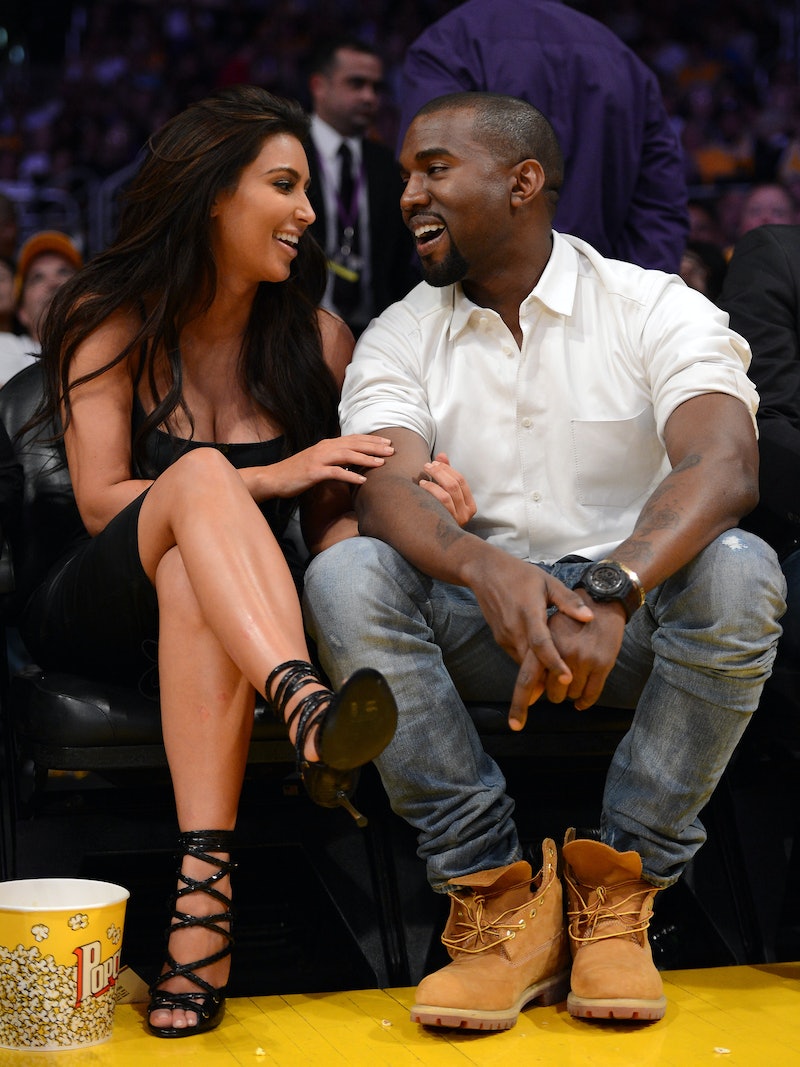 If the rumors are to be believed, prepare yourself for a Kim Kardashian Vogue cover. Not Vogue Italia or Vogue Japan... American Vogue. Jezebel reports that while the rest of America joined in the revelry that is Super Bowl Sunday, Kardashian shot her cover images in Los Angeles for the Fashion Bible. So... that apparently happened.

Kardashian has made not secret of her Vogue cover longing, but Anna Wintour has consistently brushed off the idea, as Wintour is not a fan of reality stars in Vogue . Well, it seems the added assistance (or insistence) from fiancé Kanye West was the key to Kardashian's victory.

But how did Kanye West finally get Anna Wintour to relent? Was it the Beverly Hills Polo Lounge showdown over Lena Dunham? Did Wintour feel bad for the oh-so-obvious Met Gala snub of Kardashian? Is Wintour a huge Taylor Swift fan and just needed time to heal? Did Wintour watch in horror as they offered up baby North as tribute and just wanted to the madness to stop? Does Wintour like to make internationally known mega celebrities grovel at her feet? (Probably this one.)

All I can say is bravo soon-to-be Mr. and Mrs. West. If the rumors are true, you found a chink in Anna Wintour’s impeccably designed armor: whining. Incessant whining mixed with a little hissy fit for good measure. It's ostensibly what my 2-year-old does when he wants another graham cracker.

Bravo to you both.