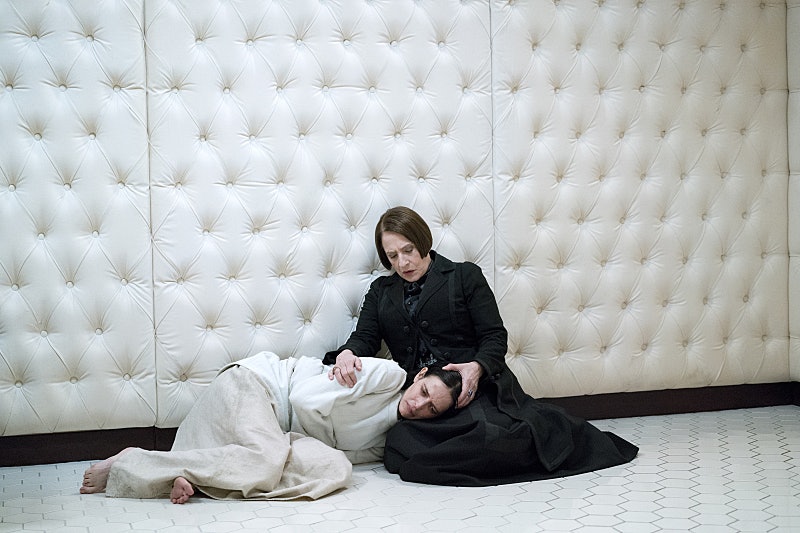 When the sophomore season of Showtime's Penny Dreadful left off, its heroes were scattered to the winds: Ethan extradited to the States, Sir Malcolm on a quest to Africa, The Creature to self-exile in the Arctic… and Vanessa left alone in London, a sad coda to her triumphant defeat of Satan himself. Thankfully, Showtime renewed their macabre horror series for a third season, so they'll have to bring the gang back together somehow. Indeed, the recently released trailer for Penny Dreadful Season 3 promises plenty of Grand Guignol drama as the team fights what looks to be a variation on zombies this time, after having battled vampires and witches in Seasons 1 and 2. But what is the song in the Penny Dreadful trailer?

The two-minute tease of the new season is underscored by an unexpected choice of music: the classic '60s tune "You Don't Own Me." "You Don't Own Me" was originally recorded in 1963 by Lesley Gore, a singer most famous for the catchy tune "It's My Party" and for being the co-composer of the soundtrack to the 1980 movie Fame, which earned her an Oscar nomination for the song "Out Here On My Own." The version of "You Don't Own Me" used in the Penny Dreadful trailer is the recent cover by Australian songstress Grace, from her EP Memo, released last May:

But perhaps the most recognizable version of the song is the one sung by Diane Keaton, Bette Midler, and Goldie Hawn at the conclusion of their 1996 comedy The First Wives Club. After having successfully gotten revenge on their ex-husbands for dumping them in favor of hotter, younger women, the heroic trio takes to the streets of Manhattan, crooning the tune while waltzing triumphantly into the distance:

"What on Earth do The First Wives Club and Penny Dreadful have in common?" you might be wondering. On the surface, nothing could seem further apart in likeness than the '90s cult comedy and Showtime's bloody horror show. But a closer examination of the lyrics of the song reveals one thing the two properties have in common: themes of female empowerment. Take a look:

Just like the heroines of First Wives Club find joy in the fact that they no longer need men in their lives, so too does Penny Dreadful's Vanessa Ives find liberation in taking control of her own destiny in male-dominated Victorian England. The most formative figure in her entire life was a woman: the Cut-Wife, played by Broadway legend Patti LuPone (who will be back in Season 3 as a series regular in an entirely new role).

In fact, with Ethan, Sir Malcolm, and The Creature all departed for foreign shores, Vanessa has never been less surrounded by men than she is at the start of Season 3. In that sense, the trailer's use of the song makes perfect sense… even if the juxtaposition of the cheery tune with the bloody visuals makes for a chilling combination.

Season 3 of Penny Dreadful will cast its spell starting May 1. Now witness the trailer in all its bewitching glory right here: