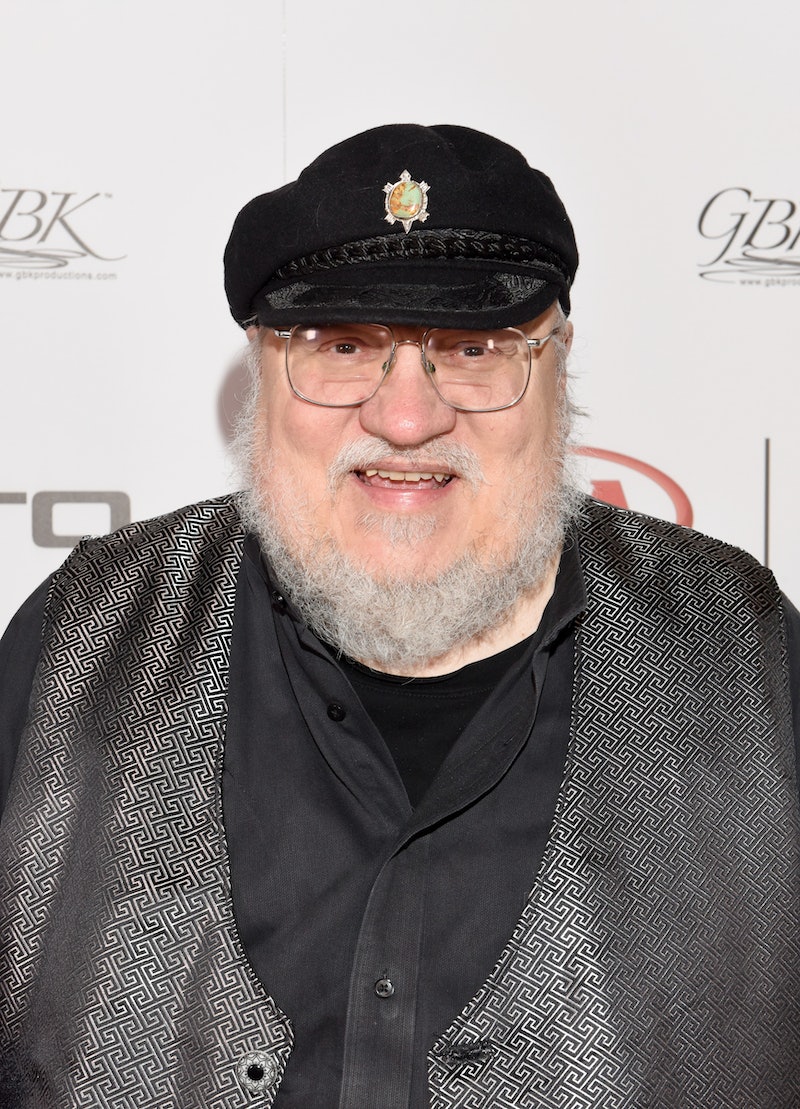 It's no secret that Game of Thrones has deviated a little from the script set by the original A Song of Ice and Fire book series, but we're about to see the biggest difference of all: a dead Game of Thrones character will come back for a huge twist in The Winds of Winter. George R. R. Martin says he's been deliberating over his planned twist for years, ever since the TV show killed off the character involved — and he just told IGN that he's finally decided to go ahead with it.

Time to put your detective hats on, because this is the biggest clue so far about The Winds of Winter 's plot line: something huge is going to happen to someone who's already dead on the show. So who's dead on the show but still alive at the end of Book 5? Martin reckons there are about 15 characters who fit that bill, joking that the show-runners are even more bloody-minded than he is — so we've still got quite a bit of narrowing down to do.

This is great news for everyone nervous about spoilers. Fans have been worrying about GoT Season 6 containing spoilers ever since Martin missed his book deadline and allowed the TV show to overtake, but now we know that The Winds of Winter's biggest twist will not be happening on the show — because it's literally impossible. Unless they start resurrecting characters, of course, but they'd never do that... Oh, wait.

OK, all bets are off. Whatever happens in The Winds of Winter and on the next season of Game of Thrones — it's probably going to blow our minds.

More like this
The Trailer For The 'Game Of Thrones' Prequel 'House Of The Dragon' Is Dark AF
By Grace Wehniainen
'Bridgerton' Star Nicola Coughlan Confirms Season 3 Will Focus On Colin & Penelope
By Grace Wehniainen and Alyssa Lapid
16 Novels That Paint A Realistic Portrait Of Abortion
By K.W. Colyard
'Games of Thrones' Fans May Recognise This 'Conversations With Friends' Location
By El Hunt
Get Even More From Bustle — Sign Up For The Newsletter