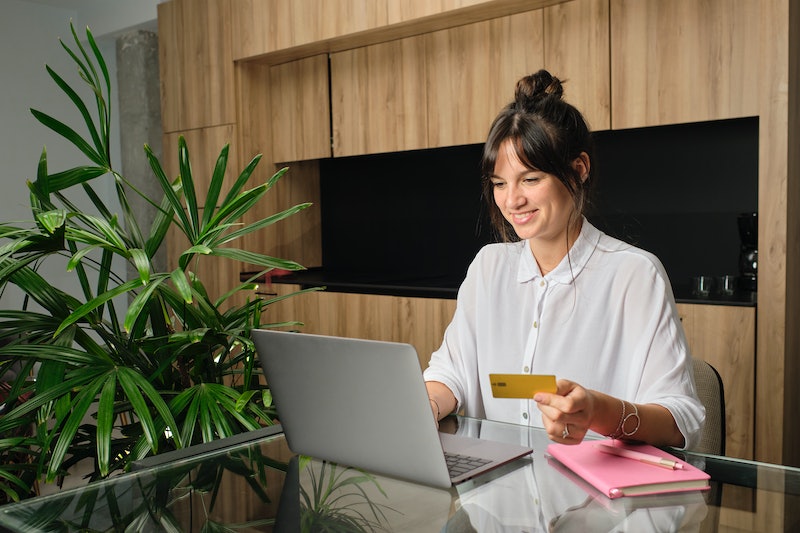 Let's be honest: No one really likes to talk about money. It's just one of those topics that seems to be too taboo to talk about. But in today's world, there are a lot of people who are trying to find ways to break their bad shopping habits. Today, I am going to flip the switch and bring to surface the one thing that some people feel uncomfortable to talk about: money.

A lot of people have their own way of managing their finances. Whether you use apps or write all of your spending down in a notebook, keeping your money organized is a key habit everyone should try to have. Even though everyone deals with their income on a daily basis, it still seems like a pretty taboo topic to talk about — but it needs to be discussed. In today's society, some people are known to spend their money pretty frivolously. Whether it's derived from an emotion that they're trying to cover up, or because that's how they were taught to manage their money when they were younger, it's a good idea to try to find the source of the problem in any case. Not everyone is perfect when it comes to spending money, and there's always ways to improve when it comes to this topic. If you feel you like your finances have been a little out of control lately, and you don't know where to begin, here are some tips to help you to take your finances back in control before it's too late.

1. Stop Comparing Yourself To Others

It can be hard not to compare your lifestyle to someone else's. Just because that person purchased a $700 designer bag or got the latest iPhone doesn't mean you need to do the same thing. According to The Huffington Post, Michael McCall, an Ithaca College consumer psychology professor and expert on spending patterns and debt, said, "Historically, people have always wanted what they can't afford." Sometimes a small rush will come over you when you see someone else get the latest gadget and it's hard not to feel left out. But press on the breaks, this feeling will most likely go away. Next time you feel this emotion of wanting something you can't have, take a moment to analyze how buying this thing will affect the future you. Will it make your future better? Can you pay for it without a credit card? If the answer is no, then you probably shouldn't do it in the first place.

2. Figure Out Why You Have A Bad Spending Habit In The First Place

A lot of our spending habits are ingrained in us when we're young. According to U.S. News and World Report, Ramona Pearson, a certified public accountant and personal financial advisor in Detroit, said, "Money habits are formulated at a very young age for most people" she continued, "I think how money works and what it means is deeply ingrained in our psyche." Take the time to figure out why you're spending habits are the way they are. Did your parents ever teach you how to save money? Were you influenced by your friends and wanted to replicate their lifestyle? Ask yourself these types of questions and don't be afraid to answer honestly. Once you find the root to the problem, it may be easier to analyze how you can create a better spending habit for yourself.

Sometimes people are frivolous with their money because they're trying to satisfy a feeling in a certain moment. If you tend to go shopping after a hard day of work, or you always get drinks with the girls to celebrate an achievement, those are all clear indicators that you could be spending money based on your emotions. According to a LinkedIn article, it helps to identify why you're emotionally spending your money. Print out your last months' bank statement and write out what you bought and why you bought it. This can open your eyes to see how valid your spending habits actually are.

One of the best ways to get your finances situated is by keeping a log of exactly what you're spending. According to Pick The Brain, for two weeks, write everything down that you spend. Record the time, the place, and how much it costs. This may help you find out where the pattern is coming from. If a written document is not your thing, try getting an app that will categorize your spending habits for you. Apps like Mint and LearnVest will file how and where you spend your money and even notify you when you go over budget.

5. Create A Good Spending Habit Instead

Instead of trying to fix an old habit, choose to create a good spending habit. Try to make it part of your everyday routine, until it actually becomes a pattern. According to Forbes, create rules or heuristics to help establish a new healthy financial system. Essentially heuristics are boundaries that people create for themselves such as not spending more than $60 dollars on clothes a month or making sure you only go out twice a week. By doing this, you can simplify your choices, which can create good money habits.

Just like a diet, most people believe that they have to be miserable when they're trying to better themselves. People will hold on rewarding themselves because they believe it's part of being disciplined. But the opposite might actually be true. According to LearnVest, Charles Duhigg, New York Times reporter and author of The Power of Habit: Why We Do What We Do in Life and Business, said, “First, you have to pick a cue, like every single time that you get a paycheck, you’ll move 5% of it into savings. Or every Friday night, you’ll move money into your savings, and go over your accounts for 10 minutes. The key to make it stick: You have to give yourself a reward every time you do it." Instead of putting off rewarding yourself, don't be afraid to celebrate yourself every now and then. "The key is to create a mini celebration. People have this sense that they need to punish themselves, that they can’t indulge. But that sense of self-satisfaction or patting yourself on the back is really powerful. That’s a reward that can create great habits,” Duhigg continued.

Learning how to manage your money is an essential part of being an adult. While no one likes to talk about it, it's important to understand how to budget your finances so you exactly where your money is going. Use a few of these steps above, and hopefully they will help you achieve financial stability. It might take a month or so to get adjusted to this new living style, but in the end, it will be worth it.