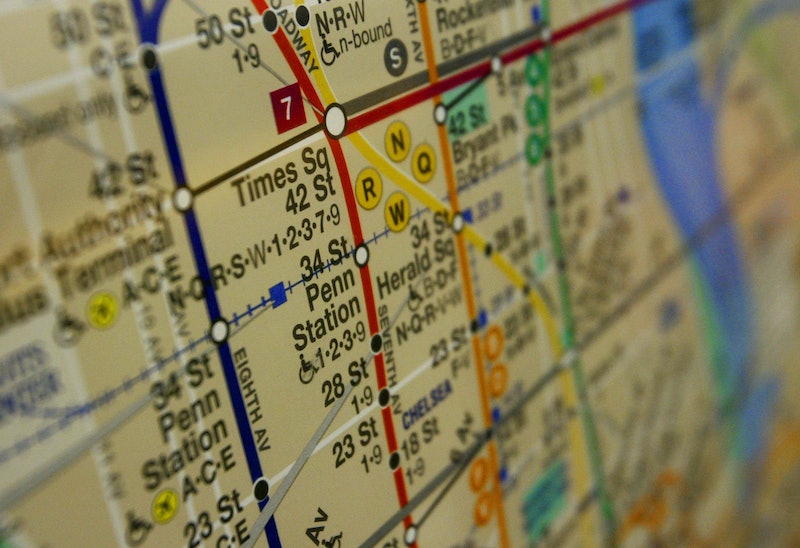 A recent study reveals that New York has the most complicated transit system in the world. So if you’re a New Yorker who gets utterly confused trying to get from Point A to Point B, take heart: You’re not the only one. (Conversely, if you navigate the subway and bus routes of the city with total ease, congratulations — you’re probably a genius.)

For a study recently published in Science Advances, Riccardo Gallotti, Mason A. Porter, and Marc Barthelemy analyzed the transit maps of the world’s 15 largest metro areas to study the extent to which contemporary transit systems exceed our “intrinsic cognitive limits.” The researchers, from the CEA-Saclay in France and the University of Oxford in England, believe that there is an upper limit to how much information our brains can process at one time; they argue that the human brain can handle about 250 connections before it reaches its “cognitive threshold.”

When they examined major cities’ subway and rail maps with their bus maps layered on top, the researchers found that the amount of information someone would have to process in order to get around was much, much more than the brain’s 250-connection max. New York was by far the worst culprit — CityLab reports that, with the subway and bus maps fused together, a New York traveler would have to process an eye-watering 8,461 connections.

New York’s connections were almost double those of Paris, the next most complicated transit system, with 4292 connections (So, er, congrats, NY?). The next runners-up in the contest for “Transit Maps Most Likely To Make Your Brain Bleed” were Tokyo, London, and Madrid. Of the 15 metro areas studied, Hong Kong’s metro system had the honor of being the simplest.

The authors of the study suggest that the overwhelming complexity of these transit systems will require us to rely more and more heavily on navigation tools and apps to get around. “[T]he growth of transportation systems has yielded networks that are so entangled with each other and so complicated that a visual representation on a map becomes too complex and ultimately useless,” they write. “… Redesigning maps and representations of transportation networks, as well as improving information-technology tools that help to decrease the amount of information to a level below the human processing threshold, thus appears to be crucial for an efficient use of services provided by transportation agencies.”