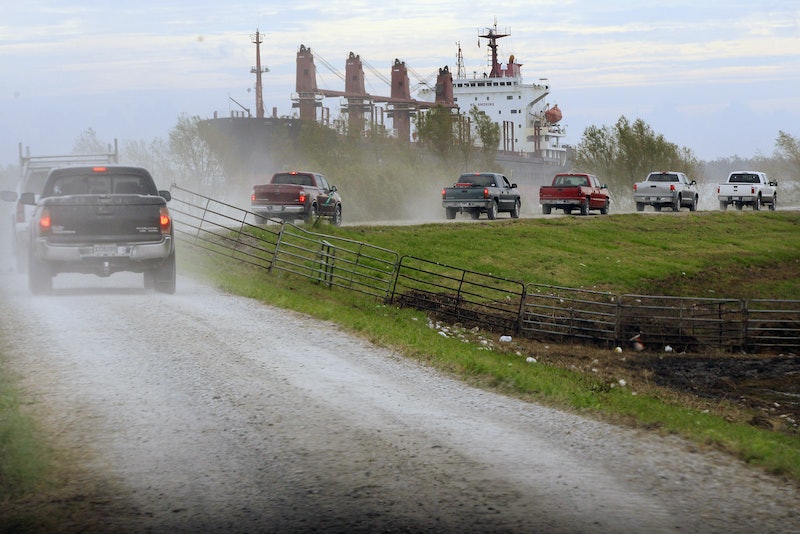 Regardless of the very dull football game, the Super Bowl is a venue for the most expensive ad campaigns of the year. Two commercials that have caused the most controversy come from two inherently American icons, Coca-Cola and Chrysler. Coke ran a lovely little spot called "It's Beautiful," sort of a "I Want to Teach the World to Sing" 2.0. The ad, at only 60 seconds, is a video montage of American people doing those extraordinary quotidian American things against the back drop of the gorgeous scenery of our country. They go to the movies, horseback ride in the woods, get food from a halal cart in the rain, surf, camp, and do lots and lots of driving. The music, "America the Beautiful," is sung in several different languages, because Melting Pot! Diversity! A Nation of Outsiders and Immigrants! Coca-Cola tweeted shortly after their spot aired, "The only thing more beautiful than this country are the people who live here."

NOT SO FAST, COKE. Looks like you jumped the gun in having faith in this nation. The only way to describe the reaction to the ad on Twitter is outrageous. Xenophobes were livid that an American song was sung in multiple foreign languages and not in English, our country's official language, as it is meant to be. And hey, while we're on the subject, can you believe we have a black president?

For those who are not ignorant racists, you already know that actually, the United States of America does NOT, in fact, have any officially designated language, and the definition of America has always been an immigrant nation of outsiders making new homes, new histories (despite the prevalent racism we still feel in the US daily), and new ideas of what's normal. Coca-Cola explored that poignantly in their spot, but unfortunately Twitter users have a very different idea of what America means. A lot of the disgusting responses have since been deleted, but the Tumblr Public Shaming had their screenshot game ready last night. Some choice reacts include:

"Nice to see that coke likes to sing an AMERICAN song in the terrorist's language. Way to go coke. You can leave America."

"#fuckCOKE it's America and the USA language is English... not all this foreign shit"

"hey coke cola. Are we Americans of foreign decent or are we foreigners living in America hate your commercial. Speak English"

"Still pissed about that coca cola commercial. Get out of America you asswholes"

Wow, such well-written reacts, in the perfect King's English, of course. I'm glad these true patriots are honoring the sanctity of the English language. The rest of us are just asswholes.

Chrysler's ad, on the other hand, was probably these xenophobes' super fave: Bob Dylan is a car salesman now, and talks about the greatness of American Industry, voicing over images like DINER and CHEERLEADERS and ROSiE THE RIVETER and YOUNG BOB DYLAN.

"Let Germany brew your beer, let Switzerland make your watch, let Asia assemble your phone. We will build your car." UH OH, looks like ol' Bob has gone totally nuts, not only for the fact that once a staunch anti-consumerist, he's now peddling wares. His, and Chrysler's, view of Americana is apparently that we should outsource all our crap, never mind working conditions in factories in other countries, except for the building of vehicles. "Detroit made cars, and cars made America," Dylan groans.

Look, I get it. As Uncle Joe Biden told us a million times, Osama bin Laden is dead, and General Motors is alive. But a revival of the auto industry in America does not mean we have to revert to American elitism. First of all, "Let Asia assemble your phones" is such a flip, racist comment, and shame on Chrysler for that. "Asia" is a HUGE continent comprised of so many different ethnic ethnic groups, languages and cultures, and to lazily minimize that diversity into "a big place far away where people are dyin' to make stuff for us" is wrong.

Dylan also talks about the Detroit auto industry being an inspiration to the rest of the world, and yes, the innovation of American cars has inspired other countries, but does this need to be said? "You can't import the heart and soul of every man and woman on the line; you can't import American pride." "Import" seems pretty similar to "immigrate." Both Coke's and Chrysler's ads raise the question: who is really from America? Certainly not English speakers.

So whose America do we live in: Coca-Cola's, a false idyll of diversity that apparently only exists in a vacuum and is loathed by "real" Americans? Or Chrysler's, an outdated, nostalgic American imperialism?

As a first generation American, I don't want to belong to either of these Americas but there's a small silver lining: at least these advertisements have restarted the conversation about what it means to be American. However, the racist reactions to Coca-Cola's ad and the outdated exclusionist attitude of Chrysler's shows we have a long way to go before everyone feels like this is their America.