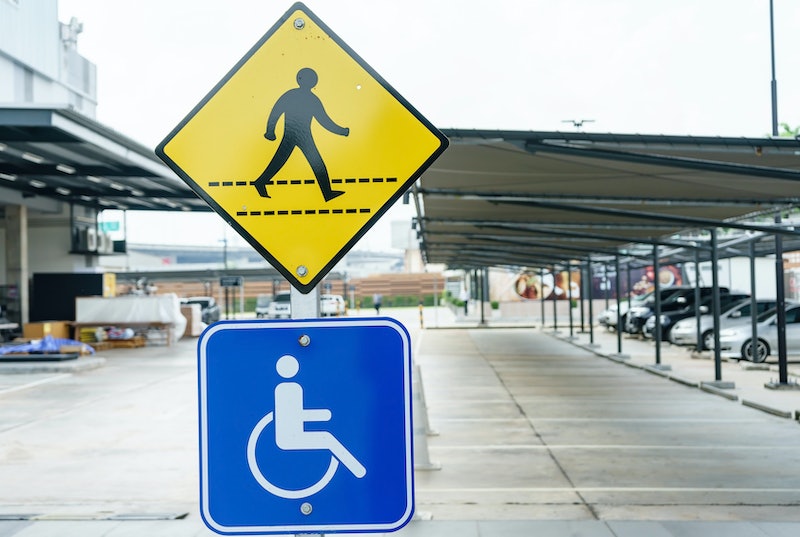 Lately, feminists have been calling attention to the need for intersectional feminism — a form of feminism that considers how women of color, LGBT women, and other marginalized groups might experience sexism differently from how a straight, white, cisgender woman would. And one group crucial to consider in intersectional feminism but very often left out is women with disabilities.

People with disabilities are the world's largest minority group, according to the United Nations, yet the world often fails to accommodate them, treats them in a patronizing manner, and completely ignores their existence. When feminists perpetuate the mistreatment of people with disabilities, this oppression hurts not just this group but also feminism as a whole.

There are a number of issues that feminism has failed to address historically because they affect women with disabilities more, and there are also a number of ways feminists have unknowingly contributed to the marginalization of oppressed women, including those with disabilities. Yet feminism would not be what it is without all of its members, including ones that experience different types of oppression on top of being women. So, here are some reasons ableism is an important issue for feminists to address.

1. Feminist Events, Readings, And Resources Must Be Accessible

2. Feminist Language Must Be Inclusive

When feminists talk about how patriarchy has "crippled" women or discuss how societal gender roles drive women "crazy," they are using terms referring to disabilities in a negative manner that contributes to harmful stereotypes. When we attempt to further women at the expense of people with disabilities, we are not furthering all women.

In response to the Slut Walk rallies, Jennifer Scott wrote inMs. that the movement alienates women with disabilities, who struggle with being desexualized rather than with being sexualized:

The word “slut” has never felt like mine to reclaim. While women all over the world are waiting for people to stop seeing them as sex objects, women with disabilities are still waiting to be seen at all. We are less than a woman, somehow–certainly less than “slut.” Too often we are viewed as pitiable, pathetic and devoid of desire. We could never be “sluts.”

Sexual assault rates are high for all women, but they are drastically higher for those with disabilities. 83 percent of women with disabilities experience sexual assault during their lives, according to a Council on Crime and Justice report. When we cite the figure that one in five women has been sexually assaulted, we neglect the fact that this number varies widely depending on intersectional identities like ability status.

5. Abortion Is A More Complicated Issue For Women With Disabilities

As Elsa S. Henry points out on Feminist Sonar, feminists sometimes use ableist arguments when defending abortion rights, saying they're especially necessary when a fetus is in danger of being born with a disability. While feminists with disabilities can still be pro-choice, it's more complicated for them. Even though women should still be able to get an abortion for any reason, the ableist reasoning behind certain abortions should be challenged, because they stem from a tendency to value certain lives over others — the same tendency that leads to the oppression of people with disabilities every day.