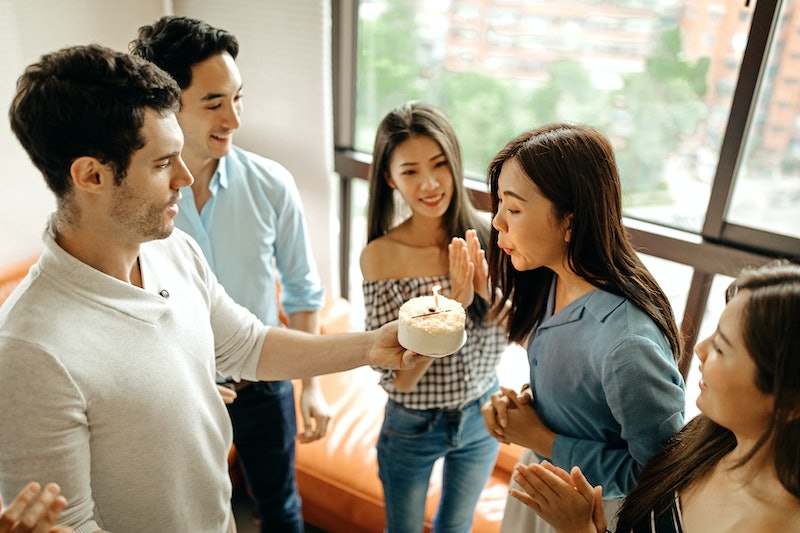 Leap Day comes but once every four years, and should be fully celebrated as the strange, elusive holiday that it is. Feb. 29 isn't just any old day of the year, and there are a lot of fun Leap Day facts you probably didn't know. For instance, how many people have been born on Feb. 29? Leaplings can be surprisingly hard to come by — in the U.S., there are currently only 187,000 people who were born on Leap Day, plus approximately four million others from around the world. (Side note: There should really be a TV show or something about a young woman who was born on Leap Day, and has the supernatural ability to suck the souls out of murderers and other dangerous criminals. It could be called The Leaper Reaper. BRB, calling Hollywood.)

While 30 Rock did a stellar job of creating an entire backstory on Leap Day (Leap Day William lives, y'all), there is much more to the story of Feb. 29 than Kenneth the page could ever tell us. Though for what it's worth, I will be rocking blue and yellow clothes, because the idea came from Tina Fey's magnificent brain and she is my queen. Here are five fun facts about Leap Day that will make you find this rare gem of a holiday even more fascinating.

Leapers are a rare breed, and in case you're hoping to one day pop out your own Leap Day baby, the odds of it actually happening are fairly slim. That's not to say you can't try, though. As a general rule, most leap years are divisible by four, so plan accordingly. The next leap year will be in 2020.

2. Women are supposed to pop the question on Leap Day

Dating back to fifth century Ireland, women were given one day every four years to propose to men who were taking too long to propose to them. Interestingly, legend has it that in Ireland or Scotland (the origins are unclear) if the man were to reject the proposal, they would need to pay a fine to the proposer in the form of a kiss, a silk dress, one to 12 pairs of gloves, or the sum of one pound.

Luckily, we're in 2016 now, and women can propose to their partners any day and time they choose. But feel free to still shower us with kisses, gloves, dresses, and cash, people.

3. Leap Day has some strange superstitions

Couples in Greece tend to avoid getting married on leap years because they are seen as "bad luck." Italian proverbs warn women that leap years make them "erratic," and urge them to postpone making any major life decisions until the leap year ends. Some Russians tend to believe that leap years bring about death and unpredictable weather patterns. And Scottish farmers see leap years as bad for crops.

5. Salaried employees and prisoners get totally screwed on Leap Day

Here's the rub about Leap Day though: If you're a salaried employee with a fixed annual wage, there is no extra day factored into your pay to account for Leap Day. And if you're in prison serving a one-year sentence that ends at the beginning of March, you're expected to serve that extra day in February if it's a leap year.