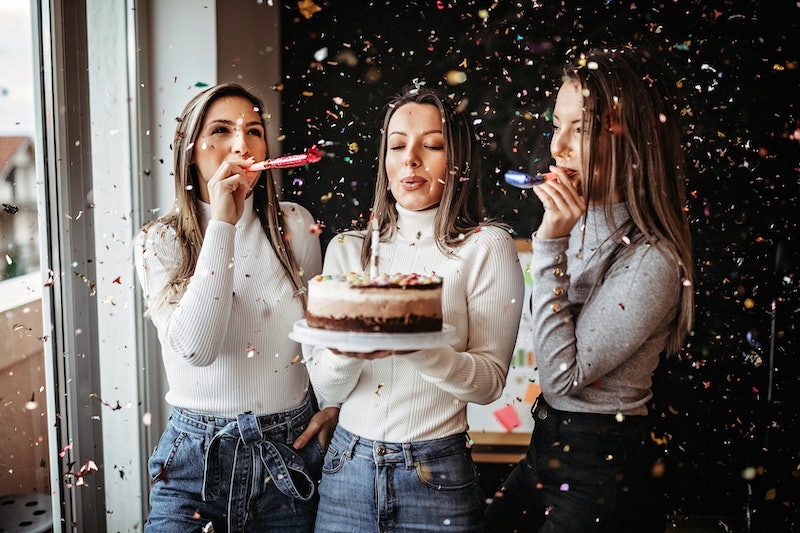 As your Facebook feed has no doubt made you aware, Feb. 29 is just around the corner, and there's one thing on everyone's minds: What are the odds of being born on a leap year? Most people find leaplings, as they're called by local-interest pieces and adoring grandmothers, inexplicably fascinating out of a perception that leap year birthdays are incredibly rare. But popular opinion is rarely 100 percent correct (see: every myth about the menstrual cycle ever). Are your chances of being born on a leap year actually that low?

For once, the general public has the right idea, because the odds of a leap year birthday are usually estimated to be one in 1,461. The statistics behind the number are surprisingly simple: Four years is equal to 1,460 days, and the leap year rounds it up to 1,461. Assuming the odds of being born are the same for every day, your chances of being a leapling turn out to be one in 1,461. That being said, it's not that rare; for example, your odds of being struck by lightning during your lifetime are one in 3,000, and your chances of becoming POTUS are one in 10,000,000. By comparison, being born on a leap year seems like no biggie.

However, as the BBC points out, this may oversimplify things; it's well-known that human births vary based on season and location. A 2014 study found that peak birth months occur earlier in the year the further you get from the equator, and the Centers for Disease Control suggest that August is the most popular birth month in America. So in reality, your chances are probably a little less than the statistic cited above, but there's little specific research on the subject.

Leap years are used as a way to reconcile the Earth's imperfect orbit with the Gregorian calendar used in most Western countries. Our calendar has 365 days, but the planet actually takes 365.24 days to go around the Sun. The disparity may not seem like much, but the extra time can (and did) build up over the course of centuries unless you account for it. When Julius Caesar came into power, the calendar was something of a mess, as the priesthood hadn't done a great job of keeping up with the convoluted system of the time. Caesar ordered the astronomer Sosigenes to create a new calendar, and he came up with 365-day system that tacked on an extra day every four years. This was later fine-tuned by Pope Gregorious XIII, and voila! You have the Gregorian calendar we still use today.

If you were born on a leap year and find yourself so over all the "technically you're still a kid, har har!" jokes, you know who to blame. Thanks, Pope Gregorious XIII.

More like this
6 Steps For A Successful Healing Manifestation Ritual
By Kristine Fellizar
These Are The 3 Most Mellow Zodiac Signs
By Kristine Fellizar
Here’s Your Daily Horoscope For December 8, 2022
By Mecca Woods
These 4 Zodiac Signs Will Breeze Through December's Full Cold Moon
By Brittany Beringer
Get Even More From Bustle — Sign Up For The Newsletter