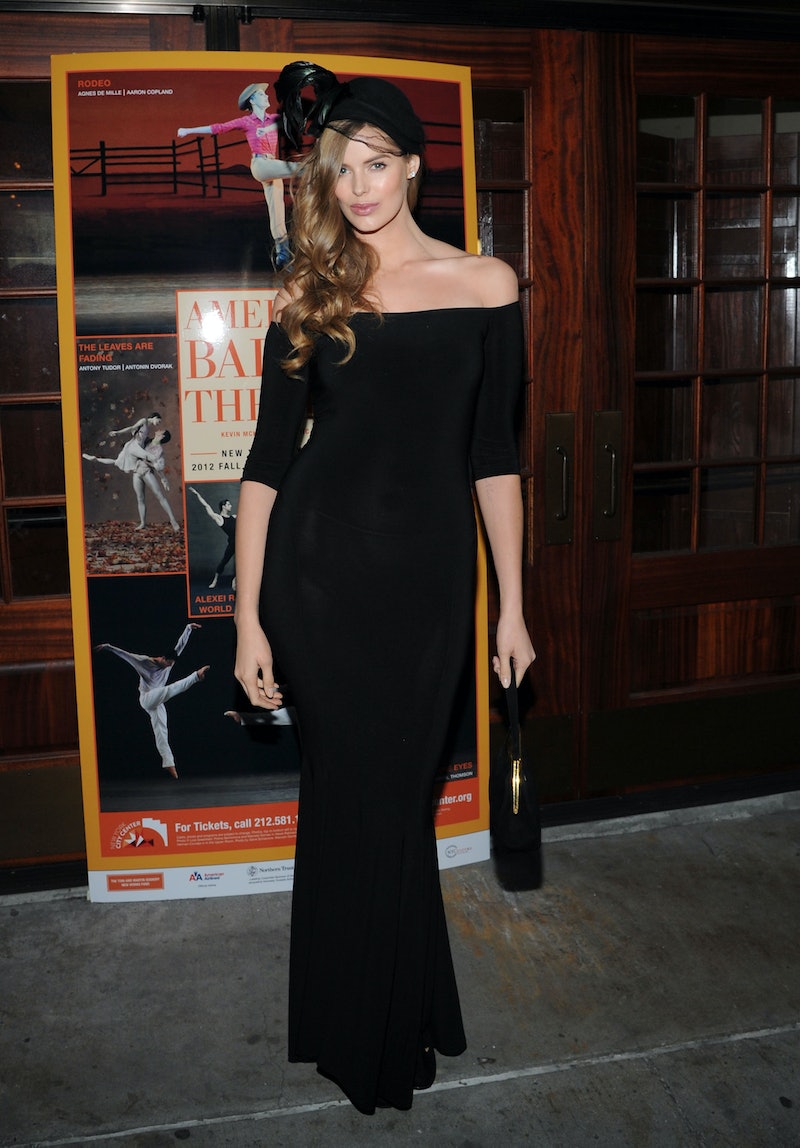 Put yourself on the cover of a magazine, and people are going to talk about you — for better or for worse. A couple of weeks ago, Lena Dunham was making headlines for her Vogue cover. Before that, it was Mindy Kaling on Elle , and before her, chatter surrounded Melissa McCarthy's Elle jacketgate. This week, all attention turns to plus-size model Robyn Lawley and her March 2014 Cosmopolitan Australia cover. So what's the fuss now?

Although this isn't Lawley's first time working with the magazine, this is her first cover. And it's awesome. Gracing the front page of the mag, Lawley rocks a crop top and high-waisted pencil skirt, all in a cream and white color palette. Complete with simple jewelry, the model's beauty shines in the photograph by Kane Skennar. While Lawley looks flawless, the attention surrounding the cover has a lot to do with the fact that she is, at a (normal) size of 12, defined as "plus-size," and therefore, different from the type of model we usually see on magazine covers.

Ironically, Lawley told the magazine that she hates the term plus-size, noting that the word only puts labels on women, and creates negative effects:

I don't feel plus-sized, I feel regular sized. And I think that plays with girls who look up to me and think, 'Oh my god, if she's plus-size, then what am I?'

After looking at the cover and photo spread inside the magazine, it's hard not to appreciate the model's beauty. The simplicity of the outfit only highlights the fact that Lawley is about as sexy as any of us could ever hope to be. But, as the cover is gaining exposure worldwide, the model's beauty is not the only aspect of the photo that is gaining praise. As Tyler McCall said at Fashionista, "the best part -- in my opinion, anyway -- is that they left the roll...untouched."

It almost seems a little silly that a woman as beautiful as Lawley is being put in the spotlight because she has a crease in her skin when she leans to the side (like, surprise, most women). On one hand, it's a wonderful thing that the magazine is being celebrated for not airbrushing away a natural part of a women's body (you go, Cosmo Australia).

At the same time, however, one has to wonder: Would that little crease would have been Photoshopped out if it were a model who was not plus-sized? Are these things that we've labeled as imperfections only acceptable for less conventional types of beauty?

Either way, Lawley does look beautiful on the Cosmo cover, and we can only hope that American magazines follow in the mag's footsteps by featuring different types of models in the future — side rolls and all.