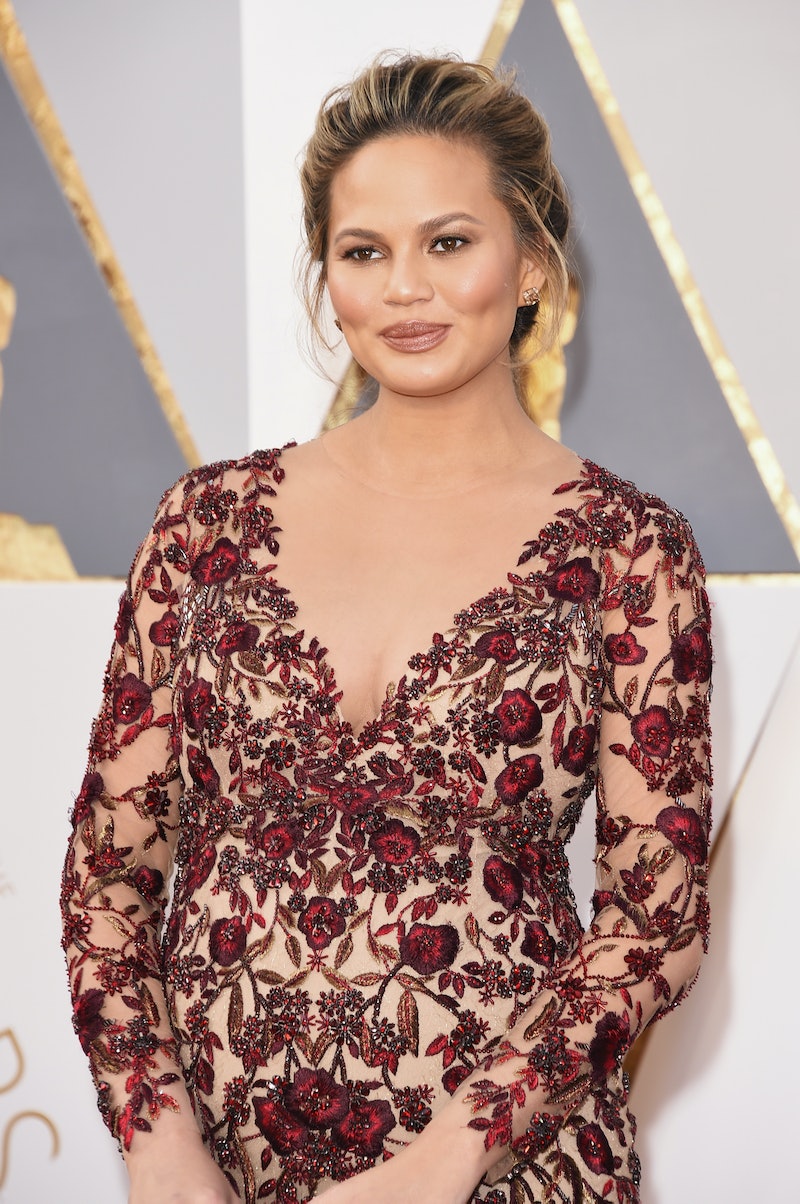 We're barely an hour into the 2016 Academy Awards, and already there's been a moment so shocking, it'll definitely be what people keep talking about long after the last trophy is given out. Stacey Dash showed up to the 2016 Oscars to mock her own controversial comments about #OscarsSoWhite, and the brief bit was so surprising and bizarre, no one really knew how to react... including the celebrities in attendance. Chrissy Teigen's reaction to Stacey Dash, captured perfectly on social media, embodied the awkwardness felt in the Dolby Theater, and in the homes of everyone watching the strange moment happen.

Teigen had a pretty big bar to pass when it comes to reaction faces, considering how the image of her after husband John Legend won a Golden Globe last year is still a go-to GIF for many of us. Yet somehow, she managed to respond even more perfectly in the audience at this year's Academy Awards. The Dash segment, which I think was supposed to be funny (probably?), did not make a single person in the audience laugh, and most viewers tweeting about the moment expressed nothing but confusion and annoyance. Check out Teigen's reaction in the photo below, which echoes all of those sentiments.

Oh, and in case you're skeptical that Teigen was reacting to Dash here, Legend took to Twitter to clear things up.

At this point, there should be a camera on Teigen at all times during every single awards show — her reactions manage to outdo whatever's happening on stage.