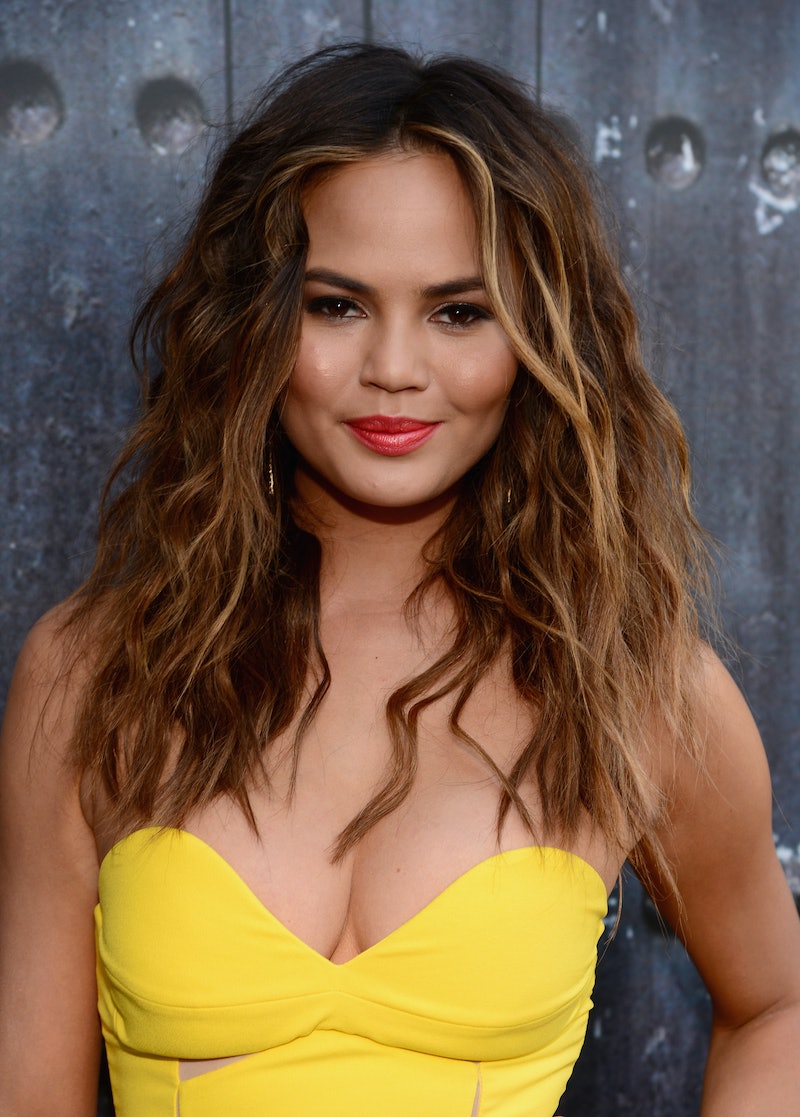 While the 2015 Golden Globes were airing on Sunday, January 11, you might have been distracted by any of a number of hilariously memorable things. From Benedict Cumberbatch attempting to photobomb Margaret Cho and Meryl Streep to George Clooney professing his love for Amal Alamuddin while accepting his Lifetime Achievement Award, it comes as no surprise that the Golden Globes are all everyone can talk about on Monday morning. However, aside from the amazing feminist speeches given from the likes of Maggie Gyllenhaal and Amy Adams, the one thing that stands out the most in my mind is Chrissy Teigen's crying face becoming a Twitter meme about five minutes after it was shown on the live TV broadcast.

Teigen even poked fun at herself by tweeting during the ceremony that she couldn't believe it had taken less than five minutes for her face to become a meme — and later Instagramming an image of herself and husband John Legend mocking her own crying face. Do you just want to be this woman's best friend or what? However, where Teigen's face was attached to a lot of hilarious comments that were tweeted out during the show, I felt it was my civic duty to take the Chrissy Teigen Cry Face Meme one step further.

Below are 14 memes featuring that unforgettable cry face. Because why practice your own cry face when Teigen's expression says it all?

1. A Weekly Problem We Can All Relate To

2. Because Sometimes Love Is Dead

3. I Mean, I Thought They Were Hosting This Thing

5. Thank Goodness This Wasn't An Issue At the Golden Globes

6. Can Also Be Shortened to Just 'Glee'

Still sobbing over that speech, BRB.

9. I Think We're All Disappointed About This

11. Sometimes I Cry In the Shower Because...

Especially when she's having more fun at the Golden Globes After-Party than all of us put together.

13. Sorry For the Reminder