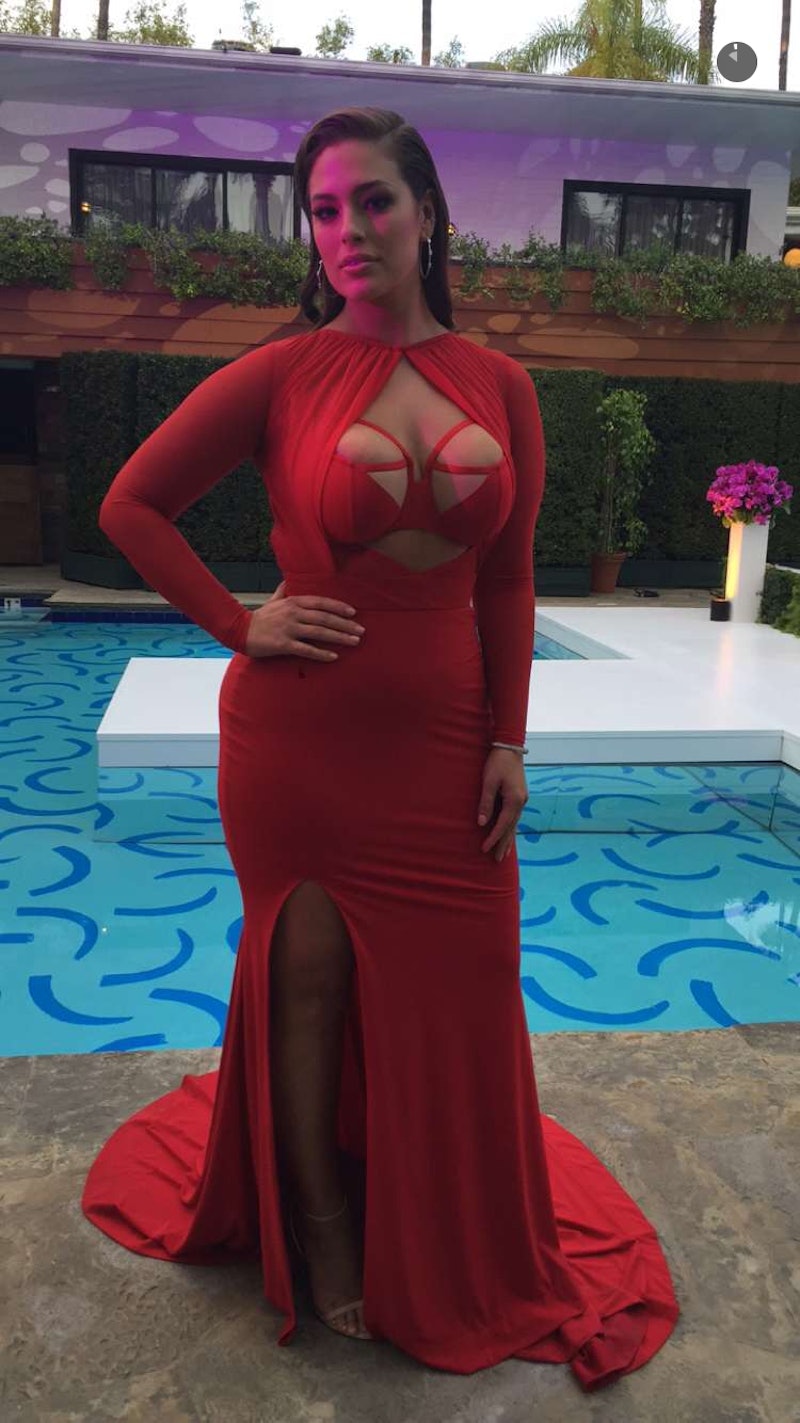 Sitting in the E! News skybox with Kris Jenner and Giuliana Rancic, Ashley Graham was at the 2016 Oscars to give red carpet commentary, and she did it wearing a stunning, low-cut red gown. If you've been wondering who designed Ashley Graham's 2016 Oscars dress, I have the answer — it was designed by Bao Tranchi, who is perhaps best known for bodysuits and has designed dresses other celebs like Gigi Hadid in his signature skintight fabrics.

When talking with Rancic and Jenner, Graham was quick to admit that she had a hard time finding a dress for the occasion, saying, "Trying to find a dress for the Oscars, a girl my size — these girls this size... I mean it has been a whole job in itself. So I am happy tonight with my outfit." And apparently, this bright red, custom-designed dress from Bao Tranchi was outside of Graham's comfort zone, who joked during the broadcast that, as a girl from the East Coast, she was more comfortable wearing black.

But I'm so glad she worked with Bao Tranchi because this dress totally worked for her, and Graham looked confident and beautiful as she talked red carpet fashion. If anything, it made me wish that she was on the red carpet herself!

Graham posted some behind the scenes images and videos of getting ready for the Oscars to her Snapchat, and apparently, getting into this skintight dress was a multistep process, starting with that cage-like bra.

Once you see the look all together, you'd never know it was a two-piece affair. Graham credited the designer Bao Tranchi in a later post to Snapchat once the newscast was completed and included several videos of herself twirling around, showing off the way the red dress could move. It's definitely eye-catching, and really, the bottom half is just as exciting as the top, with a high slit that's totally on trend for this year's Oscars and a long, mermaid-like train.

So thanks for making this Oscars moment happen, Bao Tranchi and Ashley Graham! It's a look no one will soon forget.