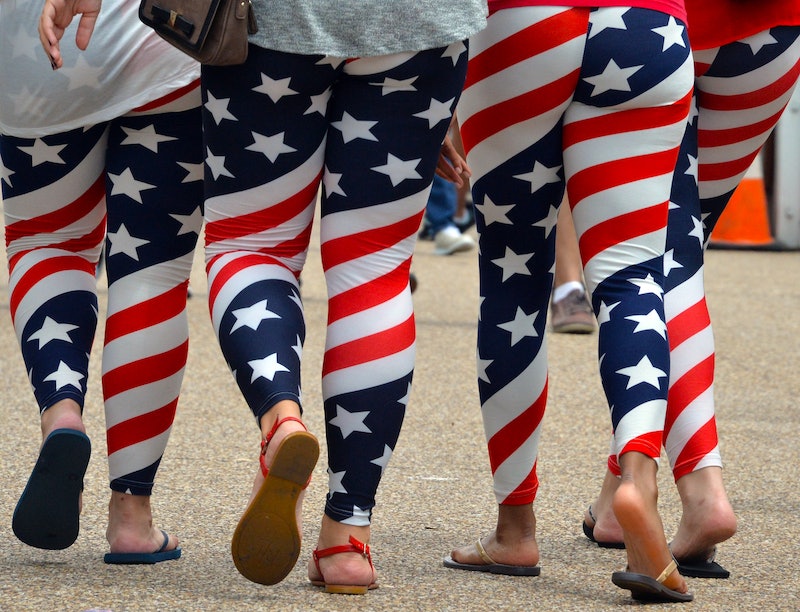 Super Tuesday, the single biggest election day of the presidential primary season, is upon us. Naturally, given its utmost importance in determining the eventual presidential nominees, Super Tuesday's arrival welcomes some interesting conspiracy theories. A February 28 episode of CBS' Face the Nation featured a conversation amongst presidential candidates, which was followed by an analysis from conservative writer Ben Domenech, who commented on the pervasive conspiracy theories about the race.

Since this election is already pretty unreal to begin with, conspiracies have become more popular than ever. For example, this election has been #blessed with a billionaire who is mind-bogglingly insulated from any sort of accountability for what he says. Did I mention that he has no experience whatsoever in politics? Running against him for the Republican nomination is Texas Senator Ted Cruz. Yes, the guy who read Green Eggs and Ham during a filibuster protesting the Affordable Care Act in 2013. Meanwhile, the Democratic side has Hillary Clinton — the scandalous woman with all the secrets — and democratic socialist (!) Bernie Sanders.

Though the Dems have definitely had their exciting moments, the GOP continues to be that person at the party whose antics inspire us to stay for the sake of entertainment but simultaneously makes us all wonder why we're there in the first place. As Americans, this is what we've signed ourselves up for, and there's no taking it back now.

Let's take a look at some fun conspiracy theories that are gaining momentum as Super Tuesday creeps in. Not all of them are directly related to the elections happening in a dozen states across the nation, but they're relevant to the overall scheme of things nonetheless.

1) Mitt Romney Is Plan B

The GOP knows the competition is dwindling when Trump's own competitor admits that he's probably going to lose to the NYC billionaire. On Sunday, on CNN's State of the Union, John Kasich (who, believe it or not, is still in the presidential primary race) made it difficult for Republican establishment supporters to believe that Trump can be defeated:

I think Trump's probably going to win all of them. But you keep holding your own, and we have our campaign plan. Everybody has to do it the way they want to do it.

He proclaimed just moments later that he wholeheartedly believes he will win the nomination. The nonsensical contradiction really diminishes any hope. Needless to say, the GOP is freaking out. Strategist Roger Stone propagated a rumor that the Koch brothers and primary candidate Marco Rubio are teaming up to concoct a diabolical plan to stop Trump. In a valiant effort to grant the GOP establishment one last chance at winning the nomination, they allegedly want to throw Mitt Romney on the primary ballots if Rubio can't win over his own state of sunny Florida. According to the "moles" who were at the meeting, the group raised $75 million to fund the plan. In an InfoWars interview, Stone shared his predictions:

The power structure’s desperate, the Rubio and Cruz teams are going back and forth but they can’t agree as to who will be the candidate. I still believe Mitt Romney is totally dressed up, already made up, waiting in the wings … to step in as the last, best hope of the ‘stop Trump’ movement, and frankly I think Trump will bulldoze him as well.

Apparently (also according to Stone), Marco Rubio's wife was in on the Mitt Romney plan as well, but wanted to make one last-ditch effort to support her husband. She allegedly telephoned Cruz's wife and pleaded that she try to convince her husband to drop out of the race and concentrate his support on Rubio instead. Frankly, this scenario doesn't seem probable, given the fact that Cruz is actually leading in the polls in a few states.

3) Ted Cruz Is The Zodiac Killer

A poll conducted by Public Policy Polling concluded that 38 percent of Florida voters haven't ruled out the "possibility" that Ted Cruz is actually the infamous Zodiac Killer. This joke was born after Cruz made a 2013 Conservative Political Action Conference speech called "This Is the Zodiac Speaking." Looks like he might have some convincing to do amongst Floridians.

4) Ted Cruz Will Drop Out On One Condition

InfoWars host Alex Jones claims that Ted Cruz told Marco Rubio he would drop out and support him on the condition that Rubio appoint him Supreme Court Justice if he wins. Considering the fact that President Obama holds the authority to appoint a new Justice, and will probably exercise that authority within the next few months, this theory is completely unfounded. Why wouldn't Cruz insist on becoming Rubio's Vice President instead?

5) Chris Christie Wants To Be VP

Chris Christie may have dropped out of the race, but he's still in the game, according to conspiracy theorists who are desperately trying to justify why in the world he would endorse Trump. According to Bustle's Emily Shire, Republican Communications strategist Liz Mair kick-started a theory that's not completely out of the question. She suggested that by endorsing his worst enemy, Christie is securing his place as Trump's running mate. He wants to be the VP who has the potential to become president if Trump gets impeached.

6) Trump Is Actually A Democrat

Back in December, Jeb Bush was brave (or crazy) enough to say what we were all thinking: What if Donald Trump's boisterous campaign is a ploy to ensure that Hillary Clinton becomes president? What if every one of Trump's discriminatory statements are part of a strategy to turn people toward Clinton instead? To be fair, as Bush points out, he and Clinton are longtime buds. As Trump dominates polls in the Super Tuesday states, this theory might surface once again.

7) It's Too Late For Sanders

Sure, Hillary Clinton may have hundreds of more superdelegates on her side than Sanders, but that doesn't mean the race is rigged in her favor. While superdelegates, who can vote for whomever they please, are unrepresentative and undemocratic in many ways, they do not singlehandedly determine who wins the race. Bill Hyers, a former strategist for Martin O'Malley's presidential campaign, addressed the issue, suggesting that it isn't as big of a dealbreaker as some of Sanders' supporters make it out to be:

I will tell you if Bernie does have the majority of the delegates by election going into the convention and the superdelegates tried to reverse that, it would be absolutely awful for the Democratic party and all holy hell would break loose. I don’t really see that happening, but that is why I largely think superdelegate counts are absolutely pointless right now. The candidates just need to go out and win some states.

In fact, Sanders supporters who dwell on the superdelegate dilemma actually discourage other supporters from going to the polls to vote for him. Despite what they say, it's not too late for Sanders.

8) Clinton Has A "Brain Injury"

Remember that time in December's Democratic debate when Hillary Clinton took a bathroom break? Somehow forgetting that everyone is human and needs to use the bathroom every now and then, many people were appalled. But it didn't stop there. Gawker reported on a cluster of conspiracy theories surrounding the incident which have suggested that Clinton has a "brain injury" which caused her to take a break.

Over the years, similar allegations have been sparked by her prism glasses, as well as the occasional cough during an interview. If Clinton manages to take the lead on Super Tuesday, expect non-supporters to desperately try to recirculate this and other myths that suggest she's not physically fit to become president.