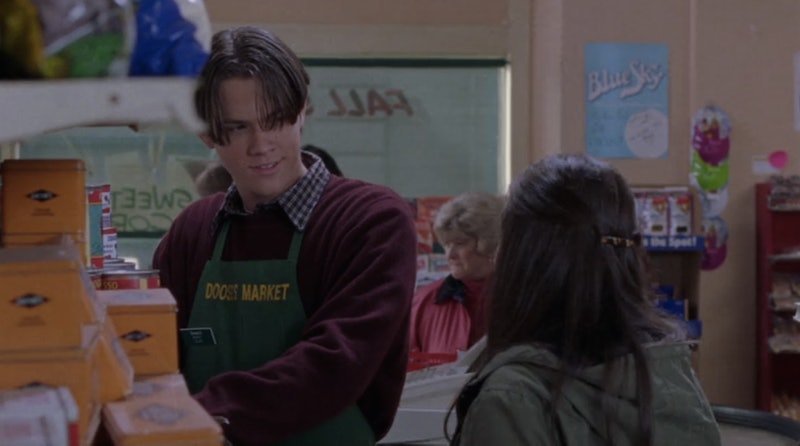 Among all the quick and constant bursts of news regarding Netflix’s Gilmore Girls revival, my favorite tidbit is that all three of Rory’s suitors are returning: Jess, Logan, and (sigh) Dean. Yeah, though I could take or leave Logan and Jess really works best in theory, Dean was always way too much of a human Labrador Retriever for me, you know? But regardless of that prejudice, I have to say my curiosity is peaked when it comes to Dean’s return. What has Dean Forester been up to since Gilmore Girls ended?

I’m mostly curious, personally, because Jared Padalecki seems to be doing fine post Gilmore Girls. He jumped on Supernatural immediately after his departure from the show, and, 11 seasons later, I would say he’s made a respectable career out of being one half of the Winchesters, you know? And, while I don’t think Dean’s post-Gilmore life has been an exciting, demon-hunting time, it gives me hope that... well, he had some kind of life besides being a sad teenage divorcee. Maybe.

So yeah, like any good Gilmore Girls fan, your mind must be reeling with endless questions about Dean’s wherabouts and well being, and what we’ll see from him this “season.” Such as...

I can't recall if he was living with his parents last time I checked, but, even if he managed to crawl out of there (fingers crossed), it still seems on brand that he wouldn't move far from town.

2. Is Lindsay Still Upset About Their Adorable Teenage Divorce?

Or have they moved passed it, laughing about it over coffee as if it was just a fun folly of youth?

3. Did He Ever Get A Degree In Anything?

I'm just saying that, if he did return to junior college, Dean has "six years to get an Associates in Psychology" written all over him.

4. Did He End Becoming That High School Boyfriend Who's Like The Assistant Manager Of Wawa?

We all have one. I know it would be Doose's, technically, but I don't think we can rule out that a gentrified Stars Hollow would potentially be overrun by chain convenience stores by now.

I mean, it isn't impossible that he pulled a Ryan Atwood and turned his construction leanings into a career in architecture. Just... implausible.

6. Will He Vie For Rory's Affections When She Makes Her Inevitable Return To Stars Hollow?

All right, the inevitable answer to this is "hard duh."

And I'm sure the inevitable answer to this is "hard no."

8. But OK, Do You Think Him And Rory Have Interacted Since He Ducked Out A Few Seasons Ago?

Like do they have an awkward situation where they're technically friends on Facebook but they both mutually unfollowed each other (Dean because it pained him to look at his long-lost ex every day, Rory because Dean posts too many Minions memes)?

9. Do You Think He's Still Building Cars For People He's Only Dated For Like A Minute?

I hope to God he shows up to Richard's funeral with a handcrafted vehicle in lieu of flowers.

10. Will He Get Into Another Altercation With Jess?

Again, probably at the funeral, potentially knocking over the casket?

11. Or, Will He, Jess, And Logan Work Out Their Issues Like Grown Men?

Shirtless, covered in baby oil, in a three person cage fight. The way it was meant to be.

Because time has been kind to Padalecki, so anything's possible.

13. And Most Importantly, Did He Ever Make It Official With Miss Patty?

I will 'ship those two to the grave.

Give it some time, Gilmore Girl fans. I'm sure we'll get plenty of quality time with Rory's first high school beau when we revisit Stars Hollow very, very soon.