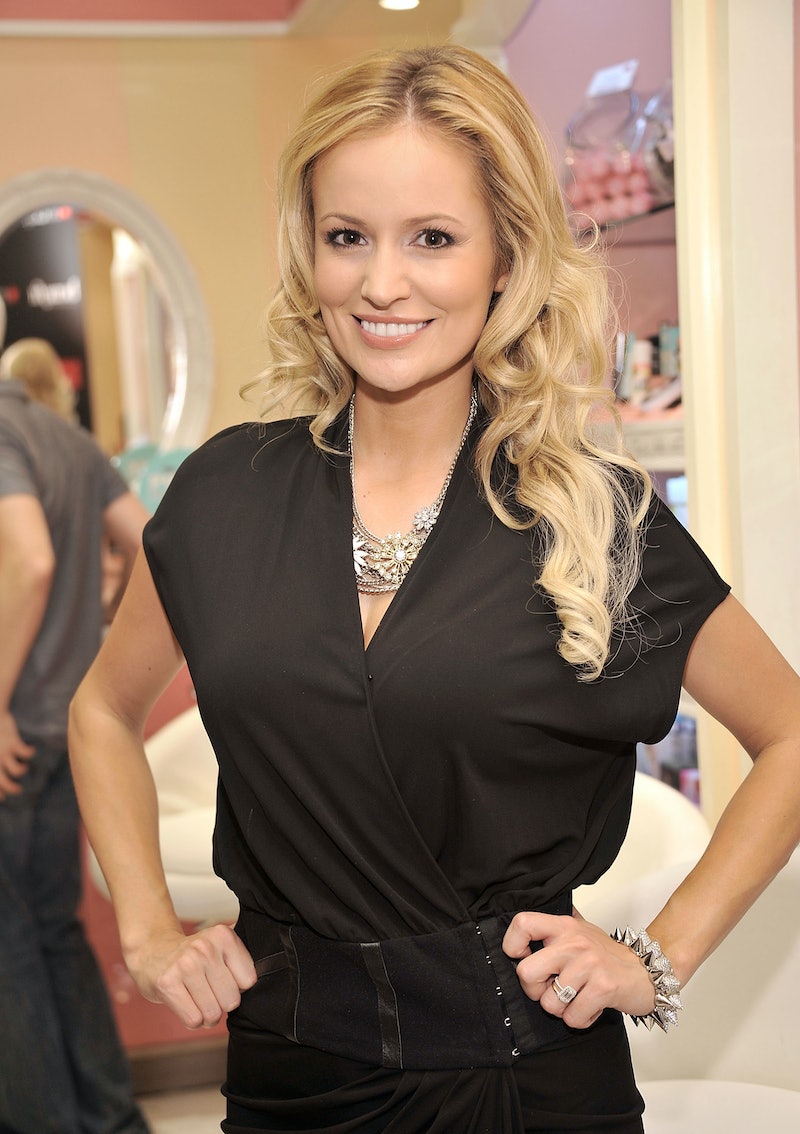 There are a lot of surprising things that Emily divulges in her new book, but the biggest shocker by far is when she goes into detail about her first breakup with Brad. Emily shares that the couple, who became engaged at the end of Brad's second season of The Bachelor, had broken-up and gotten back together, all before the show began airing. But, one thing that may surprise readers is that during a rough patch for the couple, Brad emailed producers, copying her, sharing that "things didn't work out" between them. She says that while she wasn't surprised by the contents of the message, she was surprised to hear it via a cc on an email.

That brutal breakup was just "the first of a hundred," according to Emily, but it is still pretty surprising. Personally, any relationship that starts off with an e-mail breakup — not as bad as a post-it note breakup, for all you Sex and the City fans out there, but still not great — doesn't really scream longevity to me. It really emphasizes the struggle the couple must have had with communication if that's the way Brad felt was the most appropriate when ending it. It isn't too shocking that these two didn't manage to make it last, no matter how many times they tried to make it work.

Emily goes into even more detail about the ups and downs of her relationship with Brad in her book and as a special guest on Bustle's Will You Accept This Podcast? podcast. Listen below to hear what else she had to say about the experience and who she thinks is the best Bachelor of all time (the choice will definitely surprise you).

Emily's book I Said Yes: My Story of Heartbreak, Redemption, and True Love is available March 1.