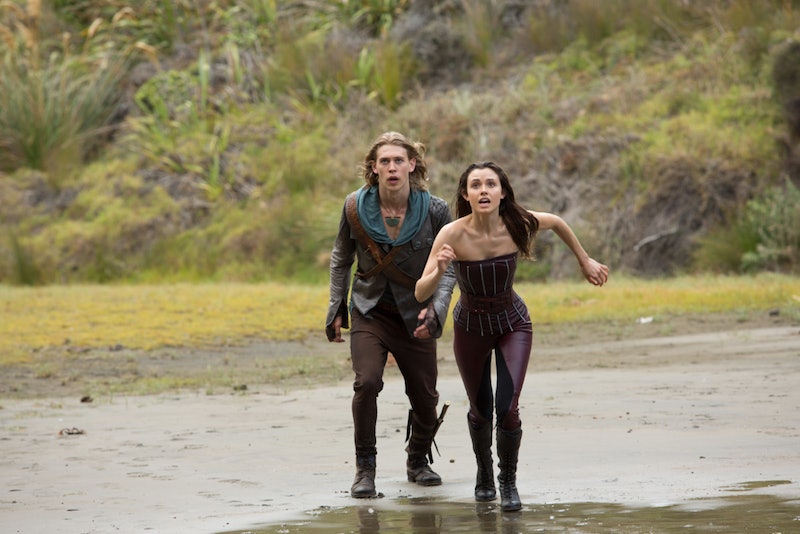 The Shannara Chronicles, MTV's adaptation of Terry Brooks' popular book series, has established an incredibly complex fantasy world with complicated relationships between elves, humans, gnomes, and trolls — not to mention all the problems that arise when magic is thrown into the mix. But with Wil, Amberle, and Eretria deep into their quest to save the Ellcrys tree, and thereby save their entire world from the Dagda Mor's demon army, it seems like Season 1 is just the beginning of the story. So, will Shannara Chronicles return for season 2?

I have to say, it seems likely. The ratings for Shannara Chronicles have fluctuated according to TV Series Finale, going down after the premiere before seeing a spike in Episode 5 and going down again. However, the fluctuation is likely due to the fact that the first four episodes were released online, and according to Hypable the number of people who watched the episodes online don't factor into live ratings. If The Shannara Chronicles is receiving more online viewers in addition to the live audience, then that could certainly motivate MTV to renew the series. But, since we don't know how long we'll have wait for MTV to let us know about the fate of Shannara Chronicles, I've got a list of five shows to keep you busy while you wait for news.

Are you interested in massive fantasy worlds with complex political intrigue? Can you handle violence and crying your eyes out when your favorite characters get brutally killed? Are you one of the few people still not watching Game of Thrones? Well, then it's time to catch up; the first five seasons are available on HBO Go.

If you're looking for a series with the politics of Shannara Chronicles but set in a futuristic sci-fi dystopian world (rather than a fantasy world), then The 100 is a fantastic option. Because the show features compelling characters dealing with the realities of survival in a brutal world, The 100 is an addicting watch. Good thing the first two seasons are available on Netflix.

A more contemporary series, The Carrie Diaries is on this list for those looking to watch another television show starring Austin Butler — he plays the love interest, of course! The series is an adaptation of Candace Bushnell's Sex and the City prequel novel, also called The Carrie Diaries. Sound interesting? The two-season show is available in its entirety on Netflix.

Of course, if you're looking to watch more Manu Bennett, Arrow is the best place to start. But I should warn you, his character in The CW's superhero series isn't like the well-meaning druid of Shannara Chronicles; Bennett plays Slade Wilson, the show's Season 2 big bad. If that piques your interest, Arrow is available to watch on Netflix.

If you're a fan of The Shannara Chronicles, and you don't already watch Teen Wolf, why not check out the network's other supernatural series? The show features teenaged werewolves trying to survive high school, alpha werewolves, and all kinds of other supernatural creatures. If you want to give Teen Wolf a shot, the show is available to watch on Amazon Video.

So, although it seems likely The Shannara Chronicles will be renewed for a second season, that may just be the eternal optimist in me talking — we won't know for sure until MTV makes an official announcement. Still, if you're having trouble coping with Shannara's absence, try watching one of these series.