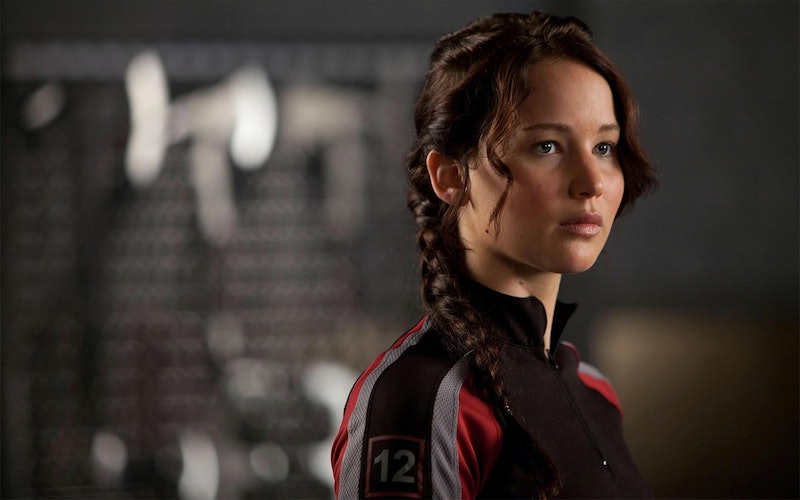 Role models can be found in a lot of people, from athletes to activists to our own family members, but some of the best ones live in the pages of books. If you were an avid reader as a kid, then there were probably plenty of heroines you wanted to be growing up, and who can blame you? From Jo March to Katniss Everdeen, female protagonists are smart, strong, kickass women, so why wouldn't you want to be more like them?

The heroines from your favorite childhood book were enviable in so many ways. They went on adventures, solved mysteries, learned to do magic, traveled around the world, or, at the very least, made their parents proud, got along with their siblings, and caught the eye of the cute kid at school. You sat in your bedroom reading about their amazing, perfect lives, wishing that you could switch places. You would have rather been in the Baby-Sitters Club than the one being babysat, you longed to get a Hogwarts letter that never came, and every time Nancy Drew solved a crime, you sat there thinking, "I could do that, too."

Trust me, I know exactly how you feel. I spent my childhood years wishing I could be an amateur sleuth, the queen of a fantastical other world, or at least become the popular girl at school. There were so many fictional women I wished I could be, and I'd be lying if I said that envy isn't still there.

Get ready for a nostalgic throwback, because here are 15 heroines we all wanted to be growing up. How close did you come?

While no one is volunteering to take a turn in the chokie, everyone wished to be the titular character from Roald Dahls's Matilda. Adventurous, righteous, and precocious, Matilda was the smart and magical girl you wanted to trade places with.

Smart, brave, loyal, and not to mention magical, Hermione Granger was my idol as a child, and to this day, I still wish I could be her. Surrounded by true friends and constantly at the center of adventure, who hasn't dreamed of going of to Hogwarts, founding S.P.E.W., and, of course, marrying Ron Weasley. Can you say fairy tale life much?

For every little girl who carried a notebook everywhere they went: I completely understand. With role models like Harriet Welsch, who wouldn't want to become a sly and cunning neighborhood sleuth? The titular character from Harriet the Spy is the kind of girl who isn't afraid to break the mold and embrace herself for who she is, and that might be her most enviable quality.

Karana, the main character from Island of the Blue Dolphins, didn't just get her bravery, perseverance, and strength from author Scott O'Dell, but instead from her real-life inspiration, Juana Maria, a a Nicoleño Native American stranded alone on San Nicolas Island for 18 years. While you probably don't envy her nearly two-decades long isolation, you probably wanted to be Karena for independence, fearlessness, and all around badass attitude. Her ability to befriend almost any animal didn't hurt, either.

While Atticus is often the celebrated hero of Harper Lee's To Kill a Mockingbird , it's his daughter and the book's narrator, Scout, who you probably wanted to be growing up. Scout was the smart, daring, and deeply empathetic country girl who refused to be defined or restricted by her gender, and if you didn't actually want to be her (which, come on, you totally did), you at least learned a lot from her feminist ways.

OK, maybe you were a bit older when The Hunger Games came out, but who among us hasn't wished they could be Katniss for a day? While no one wants to become a Tribute, it would be amazing to have Katniss's strength, skills, and leadership ability — and it certainly wouldn't hurt to have Peeta by your side, either.

If you grew up like me — that is, in a quiet suburb — then the idea of living Heidi's life probably thrilled you. Getting away to the majestic mountain ranges of the Swiss Alps, surrounded by loving friends and a self-made family, free to enjoy the beauty of nature and the fresh mountain air, what is there not to love about Heidi's life

Depending on your personality, you were probably drawn to at least one of the Quimby sisters from Beverly Cleary's beloved children series. You either idolized Beezus for her intelligence, her kind heart, and her friendships, or you wanted to be just as wild, creative, and mischeivous as Ramona. And, chances are, your birth order had something to do with who you wanted to be.

Forget being a princess, once I read the Chronicles of Narnia series, I had my heart set on being a queen. A little girl who went on big adventures, Lucy embodied what we all wanted to be growing up: fearless. Sensitive, loyal, and brave, Lucy was the kind of queen we all dreamed of being.

You can't tell me that you've never dreamed of going to Wonderland, or being the girl who found it, for that matter. If you wanted to be Alice growing up, you probably loved her for her fearlessness, her insatiable curiosity, and her knack for finding adventure. How close did you get to finding a rabbit hole of your own?

There are plenty of detectives to idolize, but Nancy Drew was the one you wanted to actually be growing up. Though many versions of her existed throughout several editions of her books, Nancy was always clever, courageous, and heroic. From Hillary Clinton to Sandra Day O'Connor to someone like you, girls everywhere have been inspired by Nancy Drew.

If Eloise was in your regular reading rotation as a kid, you probably dreamed of living on top floor of the Plaza Hotel and having adventures in New York City, just like the girl in the book. Spunky, creative, and not unafraid, Eloise was a girl like no other who you wished you could be.

While each of the four sisters from Louisa May Alcott's Little Women had qualities worth admiring, it's Jo that girls dream of being growing up. Strong, bold, and funny, Jo was considered the boyish one, but never let that bother her. Fierce and independent, Jo was a true role model, and still is to this day.

14. Any Of The Members In The Baby-Sitters Club

Whether it was Kristy, Mary Anne, Claudia, Stacy, or one of the other fabulous middle schoolers of Ann M. Martin's beloved series, there was one baby-sitter or another you dreamed of being. If you wanted to be a leader, you probably wished you could be as empowering as Kristy, but if you were more of a artsy kid, you most likely wanted to be the ever creative Claudia. Whoever your favorite baby-sitter was, you spent a lot of you childhood days wishing you could be part of the club instead of just reading about it.

The main character of Madeleine L'Engle's Time Quintet, Meg Murry is the time-traveling explorer you longed to be growing up. Smart, independent, and determined, it's no wonder Meg is idolized by so many young readers. I mean really, who wouldn't want a life of adventure traveling through time and space? If only.