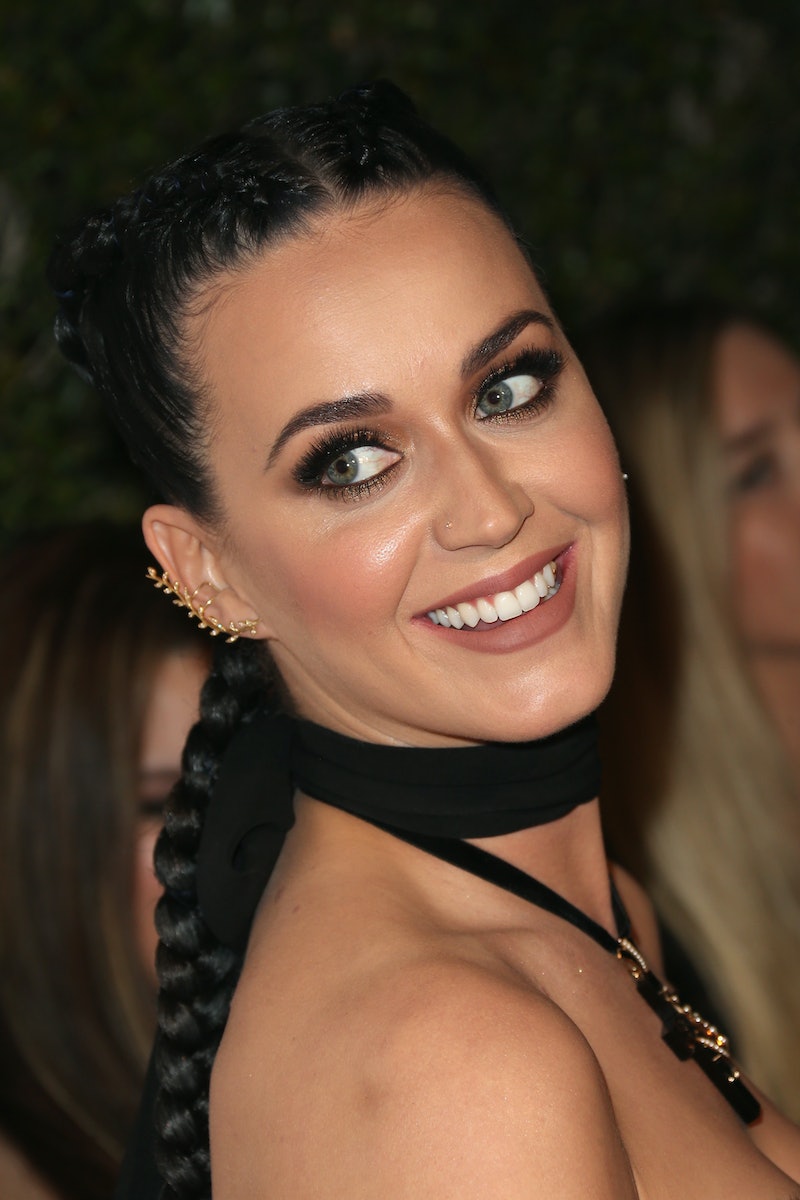 When you're in need of proof that two celebrities are indeed a couple, what does the job better than some vacation photos? Well, that's definitely the case here. Katy Perry and Orlando Bloom got cozy in Hawaii on Saturday, Feb. 28. By "cozy," I mean holding hands, hiking together, and Bloom putting his arm around Perry. What other evidence do you need to convince you that they are totally dating?

To be clear, neither party have commented about their relationship status, but a source told Entertainment Tonight (which also shared the photos below), "They looked very loved up and really into each other. They were comfortable letting everyone see them as a couple — lots of PDA and hand-holding."

Per ET, Perry was in the tropical state for a private show at the Grand Wailea Resort in Maui. Apparently, Bloom joined the 31-year-old singer. Reportedly, they stayed at a private house and participated in several activities, including a helicopter ride. Based on the photos, they definitely seemed to enjoy themselves. The insider who chatted with ET explained, "It seemed very romantic and they both smiled a lot, and looked to really enjoy each other's company."

The actor and singer were first linked at the 2016 Golden Globes. Ever since then, Perry and Bloom have been spotted out and about together on more than one occasion, which has to be much more than coincidence, right? Well, their most recent sighting surely isn't just a chance run-in.

If the holding of hands and exchanging of sweet looks doesn't say Bloom and Perry are indeed a couple, I don't know what does. Obviously, they could just be hanging out and having fun together, but it sure looks like more than that.

Oh, and if you were hoping Perry and John Mayer were reuniting, yeah, I don't think that's happening anytime soon.

More like this
What’s An Open Relationship, Actually?
By Lexi Inks
Are Quality Time & Words Of Affirmation Love Languages Compatible?
By Lexi Inks
So, How Soon Is Too Soon To Move In Together?
By Jessica Estrada
8 Flirty Games To Play Over Text With Your Crush
By Lexi Inks
Get Even More From Bustle — Sign Up For The Newsletter