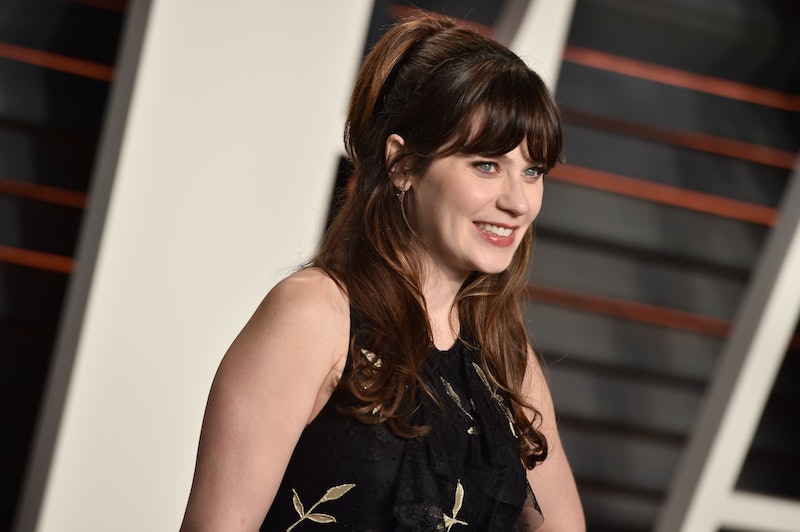 What with all the cast shake-ups on New Girl, lots of friends are wondering what it means for the actors behind-the-scenes. Since one of them was brought in to replace the other, for instance, are Megan Fox and Zooey Deschanel are friends in real life? Fox arrived on the show to be the stand-in for Deschanel during the latter's maternity leave, so it's natural to wonder if the actors managed to strike up a loft-worthy camaraderie during their time with New Girl.

Happily, the pair seem to be at the very least friendly, if not BFFs. After all, they worked together on the show — they overlap in one episode, the upcoming 100th — and they've got in common the fact that they're both relatively new moms. Deschanel's daughter Elsie was born in July 2015, while Fox's sons Noah and Bodhi were born in 2012 and 2014, respectively. The original New Girl star has had nothing but positive things to say about her pseudo-replacement, saying of Fox on Watch What Happens Live in October, "I’m really happy, she’s beautiful, and very excited she’s coming on the show." Deschanel even revealed that she had a hand in Fox's casting, saying on the show, "I was part of the decision and I’m also happy that I’m able to spend time with my baby and that she’s coming on, going to be hilarious, and beautiful, and everything else."

Both stars also spoke highly of each other to Entertainment Tonight; Deschanel joked about both stars' newly-minted motherhood, saying of Fox, "She seems like a really good mom ... It's fun to talk about kids once you have them. I think when you don't have kids you're like, 'Why are they talking about their kids so much?' And then when you do have one you're like, 'All I want to do is talk about my kid!'" Fox echoed her statements, saying, "We've talked a lot about how when you have a new baby that's all you talk about ... We've talked about the birthing process and diapers and things like that." She also managed to throw in a quick quip about Deschanel's Jess-like ultra-preparedness. "I didn't give her any advice!" said Fox. "She's read every book already ... There's nothing I can teach her."

It's nice to hear that both actors seem to share a mutual respect and an off-screen bond. I don't know about you, but I'm majorly looking forward to seeing Jess and Reagan come face to face with one another for the first time on New Girl's 100th episode.