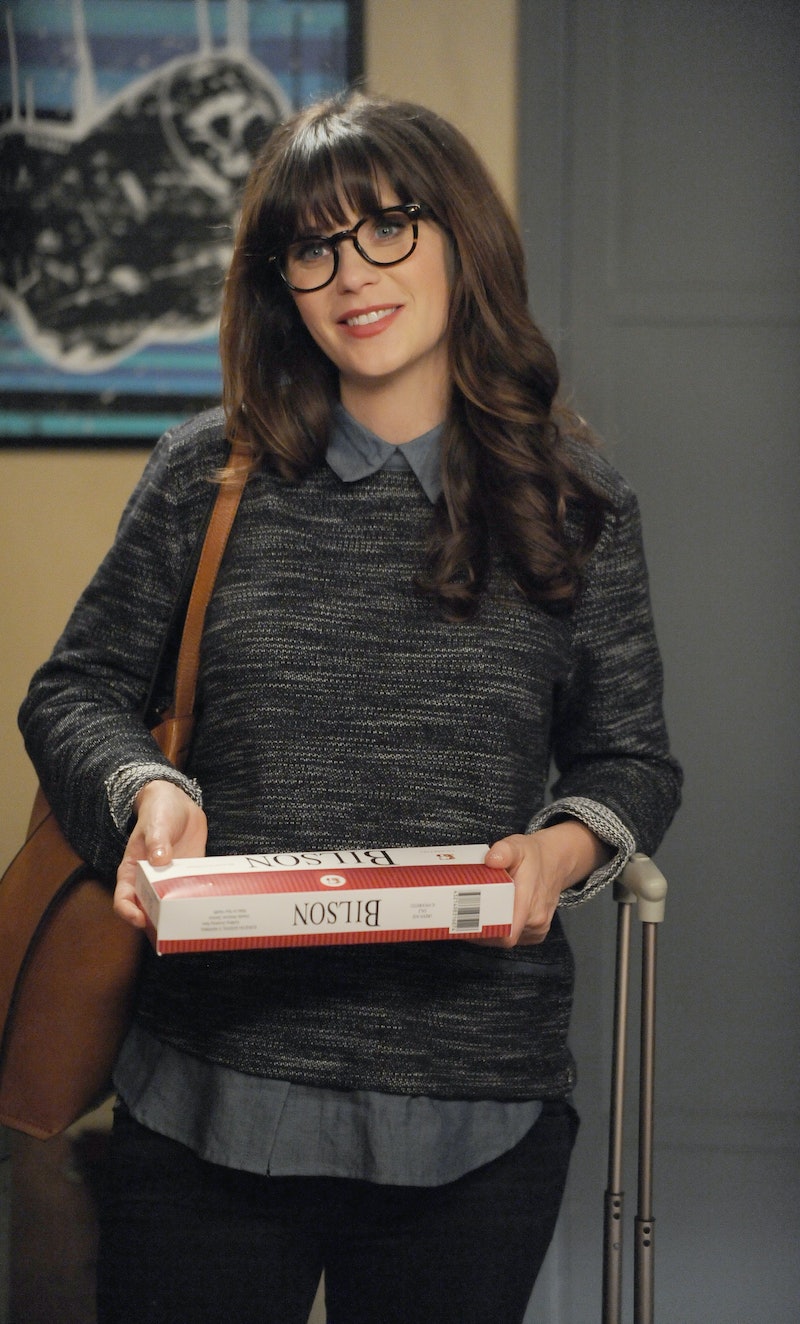 When Jess left for jury duty on New Girl, I started to worry that the show was going to jump the shark. The announcement that Zooey Deschanel would be missing from six episodes of New Girl was a damn tragedy. Six episodes... that's like, an eternity plus a couple of weeks where so many things could happen to me and my life. Would I go gray by the time Jess returned from jury duty? Would aliens have invaded the Earth, or worse, would Men in Black release a fourth movie by the time Deschanel graced us with her presence? Then I thought, Allison, calm down... there are a lot of things that Deschanel's absence on New Girl is shorter than.

While I miss Deschanel on New Girl, I have to admit that Megan Fox has been doing a great job filling in for her this season. Reagan has added an exciting presence in the loft that has thrown the gang off their usual games. But, as great as Fox is, Deschanel will be back in no time — March 10, to be specific — prompting me to put her absence into some New Girl perspective.

Without further ado, here are 10 things the amount of New Girl episodes without Deschanel are less than...

Episodes In Which Nick Gets Drunk

Because this happens in way more episodes than weeks Jess is absent.

Consider this my official pitch to bring Coach back forever.

Episodes In Which Ferguson Was Missing

Ferguson was gone for almost all of Season 4, and it did not get nearly enough attention.

Just to list a few ingredients: mayonnaise, bologna, and "a murder of peppercorn."

Number Of Dollars In The Douchebag Jar

By now, that jar could fund a college education.

Number Of Hours The Loft Spent Fighting For The Parking Spot

They dedicated many, many hours fighting for that parking spot.

Number Of Episodes Cece And Schmidt Weren't Together

Number Of Years Winston Spent On A European Basketball Team

This I can not argue, since Tran hasn't ever said a word.