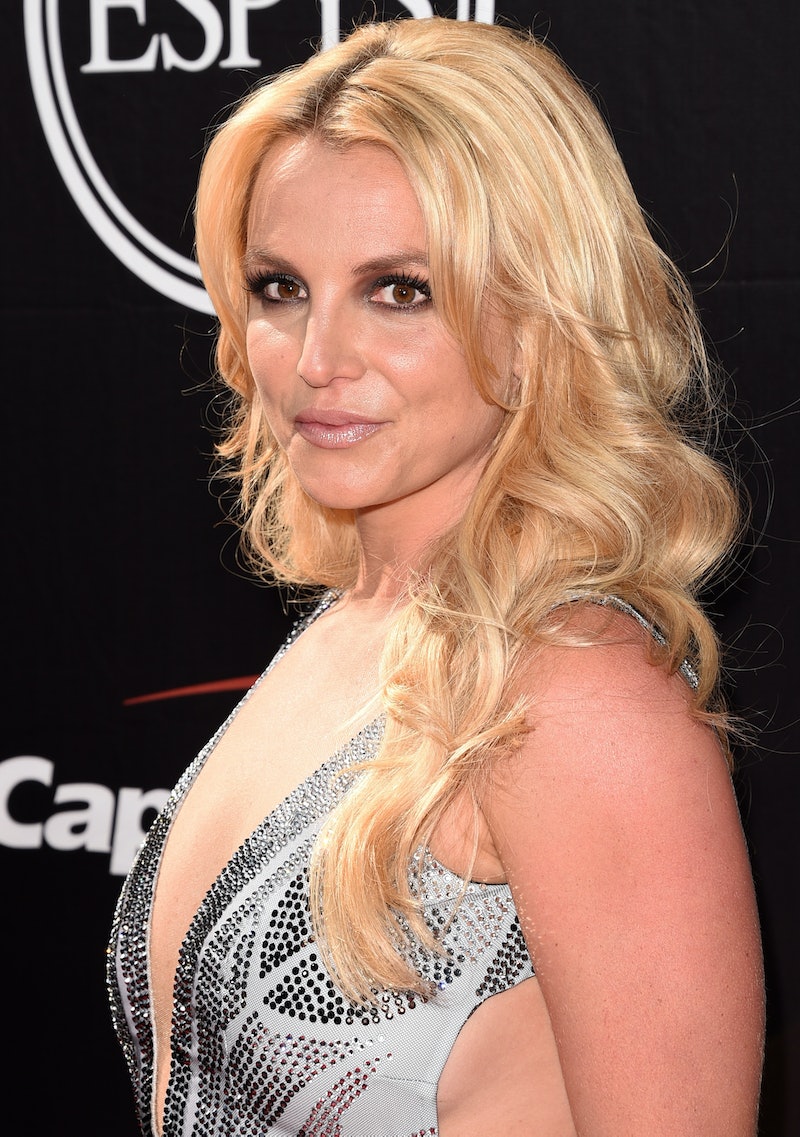 Longtime fans of Britney Spears will always root for her no matter what goes on in her personal life, and she's been through quite a bit in her 34 years. So it's quite exciting to see, in recent years especially, that Spears seems to be taking the reigns on her own social media accounts, giving fans a glimpse of the real Britney, not the pop star hiding behind a PR curtain. There's nothing a Spears fan loves more than when it seems like "the real Britney" sends out a tweet about how ice cream is "yummy to my tummy" or that she looks like an Oompa Loompa after a spray tan... and then there's Spears' iconic Instagram moments. She doesn't frequently give interviews and is rarely seen in public (save for her Vegas performances, of course) so she remains somewhat of an enigma to the public. But in a new interview with V Magazine, the singer reveals her surprising view on modern technology.

In an upcoming interview for V Magazine's centennial issue, Spears admits that she's not that into technology. Just Jared shared a preview of interview, in which Spears says,

Honestly, I still don’t use my computer. My kids use the computer more than I do! I understand that a lot of people are into it, and I have days where I write and stuff, but it’s really not for me. It’s not my thing.

Yep, it's true. The singer behind the most powerful love ballad of 1999, "E-mail My Heart," apparently isn't emailing, well, anyone.

While it's entirely possible that Spears really doesn't use a computer much, but I find it hard to believe that she doesn't get to use her cell phone. After all, she has, seemingly unbeknownst to her, become a bona fide Instagram icon, whether she's snapping pics with top political power players or sharing some delicious corn she found on Google.

Here are some of her best Insta-snaps lately.

There's Hope For You, Ladies

The Subtle Shade At That Other Boy Band

Who needs a big 'ol computer when you've got all you need in one little app? Spears is truly a gift to Instagram. They should put her on the Board of Directors, if such a thing exists. As a forever-Britney stan, all I can say is, "gimme more."