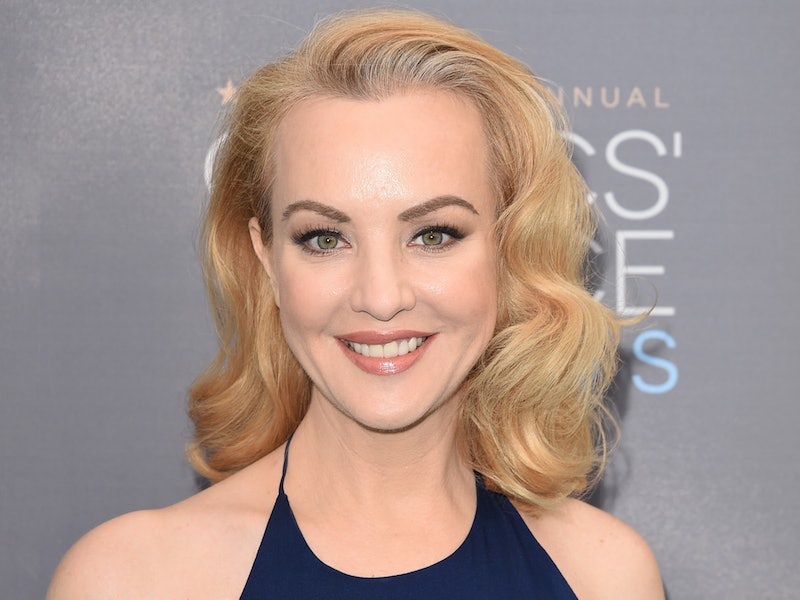 Beverly Goldberg is someone I could only dream of aspiring to be — and the woman behind The Goldbergs' Beverly, Wendi McLendon-Covey, is just as awesome. Though I'd only want half of her on-screen counterpart's devotion to her children, McLendon-Covey perfectly plays the ultimate smother (aka smothering mother) to Barry, Erica, and Adam on the ABC series, which continues its Season 3 on Wednesday nights at 8 pm. McLendon-Covey describes her character as the type of woman that you'd want "on your side when you need to return something." "[Beverly] acts first then apologies later, but she always acts from a place of protection," the actor says. "She's gonna protect her baby cubs, even though they are idiots — and she tells them that too."

Though McLendon-Covey doesn't have children of her own, she says of Beverly's parenting style, "I wouldn't be any different. I would be just as annoying cause, you know, it all comes from love." But doesn't mean her time as the ultimate mom on The Goldbergs has influenced her in real life. "It's fun to play, but it also makes me think, 'Yeah I made the right decision not having kids. This is exhausting,'" she says. However, some fans who have loved the actor in her mother roles in Bridesmaids and The Goldbergs just don't understand that her personal decision to not have kids isn't really anyone's business.

I find myself having to justify [not being a parent] to strangers more than I need to. More than I feel I should. And there's no way to win with it. If I stand up for myself and say, 'You know, my family planning is my own business.' Then I sound like a shrew ... I guess I'm to the point where I no longer care if that's how I sound. I just find it such a strange instinct to question somebody about that.

However, with McLendon-Covey's on-screen persona of a brash, yet warm and hilarious person reflecting her real personality so much, I could almost see why it would be easy for people to think they know her personally. (Though, it's still never acceptable to judge anyone's personal decision, including wanting children or not.)

Since she has played a mother in two of her most notable projects, I ask McLendon-Covey if she thinks roles for actresses have expanded at all in movies and on TV. She does say that roles for women have gotten "a lot better," especially since she was first starting out. "I remember when I first started acting, it was like 'Oh my god ... these are the choices, huh?' The woman was always the setup for the joke ... and it isn't that way anymore," she says. And though Beverly's defining feature on The Goldbergs is her role as a mother, that doesn't mean that's all there is to the character.

Fans of McLendon-Covey should be very happy that roles improved, since she admits that she had been close to giving up on acting before she landed the role of Deputy Clementine Johnson on Reno 911!. Through the absurd comedy, she had the opportunity to decide how she wanted to play her character since the creators weren't exactly sure of what they wanted. Like the confident women she often portrays, McLendon-Covey says, "People think they know what they want, but you show them. And I'll change their mind. You show them something better."