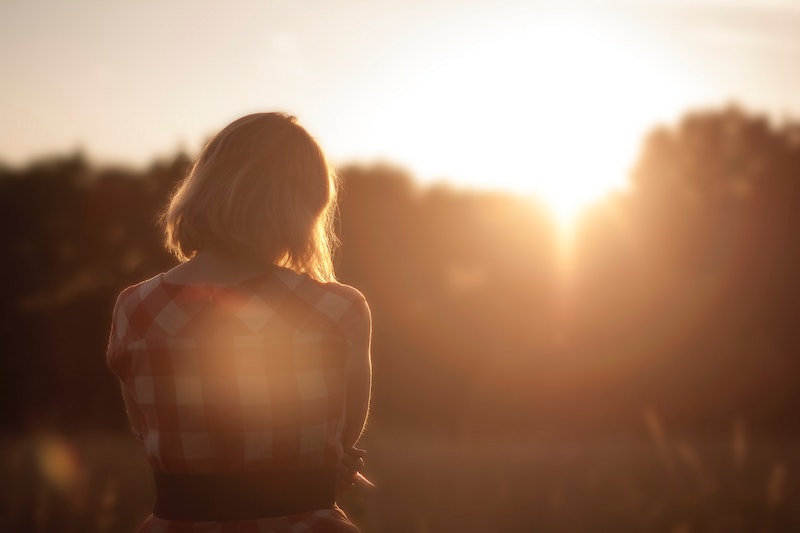 Surely you’ve heard the notion that pessimists think in terms of the glass being half empty, rather than half full. While likely many of us know the basis of what pessimism is, if you’re a negative thinker, have you ever considered the signs you are a pessimist? It seems like a scary notion, but it doesn’t have to be. In fact, as we’ll talk about in this article, there are some really easy ways to change your mindset to a more positive one, and slowly get you out of that pessimistic lifestyle and right into an optimistic one.

What exactly is a pessimist? According to Dictionary.com, a pessimist is “a person who habitually sees or anticipates the worst or is disposed to be gloomy.” In other words, a pessimist might see mostly the negative aspects of something, when there are plenty of positive aspects to be seen as well. The problem here might arise when it starts to affect the person’s life, from how they perform and respond to ideas at work, to how they feel and act in their personal relationships.

If you’re having one bad day when you’re feeling nothing seems to be going right, you’re not a pessimist — you’re simply having a crappy day. As you’ll see from the signs below, a pessimist makes more of a lifestyle out of seeing the bad in things, not just having one or two negative days here and there. Here are six signs you are a pessimist, and how to change it.

Before anything ever gets started — no matter what it is — you immediately assume it won’t work out. This could apply to things going on at work, in your home life, or anywhere in between. It could even begin with a simple morning assumption like, "I'm sure I'll miss my train again today." Consider your week so far at work: Have you shot down all ideas from coworkers without actually considering whether they were feasible or not? If your mind always immediately goes to, “This could never work,” it might be you who is making it impossible. According to U.S. News & World Report, having this tendency could be a sure sign you’re a pessimist. The outlet suggested next time you find you’re assuming things won’t work without rationalizing why, stop and really think about the idea at hand and pretend is has to work. By fooling yourself into believing there’s no other way then success, you can slowly start to train your mind to think the positive way instead of always skewing negative.

Because pessimists are already mentally assuming things wouldn’t work out as we just discussed, when things go wrong they are not surprised at all. After every failure or letdown, do you regularly find yourself saying, “I figured that would happen”? "Of course it would snow today on the day I forgot my umbrella — it's just typical." According to MadameNoire.com, pessimists are not surprised by defeat because they lacked high hopes in the first place. As things continue to go wrong, a pessimist’s mindset will continue to be reaffirmed. To break out of this cycle and be successful, you need to have high hopes for things on the onset. This means having faith that you’ll secure that new job, or that you’ll find “The One,” or even something simple — like that you’ll be able to ace that new meal you’re cooking tonight.

3. You Surround Yourself With Other Negative Thinkers

Ever sit around with a group of friends for a while, and later realize the entire conversation was based on how bad things are in the world, your inner circle, and with each of you individually? You might not realize it, but if you’re a pessimist it’s likely you’ve surrounded yourself with others who share your way of thinking, and who tend to focus on the downside of things versus the good side. To beat this, try to instead spend some time with optimists, from your friends to the person you date. According to Prevention, when it comes to romantic relationships, if you date an optimist you’ll be more satisfied with your relationship and will feel more positive.

4. You Assume If You Help Others, You’ll Get Nothing In Return

Pessimists can tend to get a bit selfish, as the mindset is that if you end up helping someone, you’ll ultimately get nothing in return —so why even bother? According to HigherPerspectives.com, pessimists put the idea of taking care of other people on the back burner because of this — for them it makes no sense to give and not receive. To overcome this, remember that just because you won’t always receive something in return doesn’t mean you never will. Also, keep in mind the act alone of helping others might make you feel good — a truly valuable bonus for you.

5. You Attribute Good Outcomes To Luck

Since pessimists believe things generally don’t go their way, when things do work out for them, they tend to think of them as flukes, or simply a good luck streak, according to SparkPeople. The outlet noted, while optimists believe their own actions result in positive things happening for them, the opposite is true for pessimists — they think some outside force must have been responsible for positive outcomes, like luck. What’s more, pessimists believe this luck will probably not strike them again, according to Spark People. If this resonates with you, change that mindset, girl. More than likely it’s your hard work and dedication that got you that job promotion, not that fact that you plucked a four-leaf clover, so take some much-deserved responsibility for those accomplishments, and know good things are likely to happen again with the right outlook.

6. You Find It Very Hard To Forgive People

According to PowerOfPositivity.com, pessimists have a particularly hard time forgiving. Rather, they’ll hold on to problems and grudges for far longer than others will. Why? The outlet noted this is because pessimists feel a sense of control by holding onto the wrongdoings of others (whereas an optimist would be more open to coming to an agreement). PowerOfPositivity.com suggested pessimists try to let go of this habit by being open to the other person’s opinions and perspective. It’s OK to forgive — in fact, it’s beneficial in that it allows you to fully move forward and not live in the past.