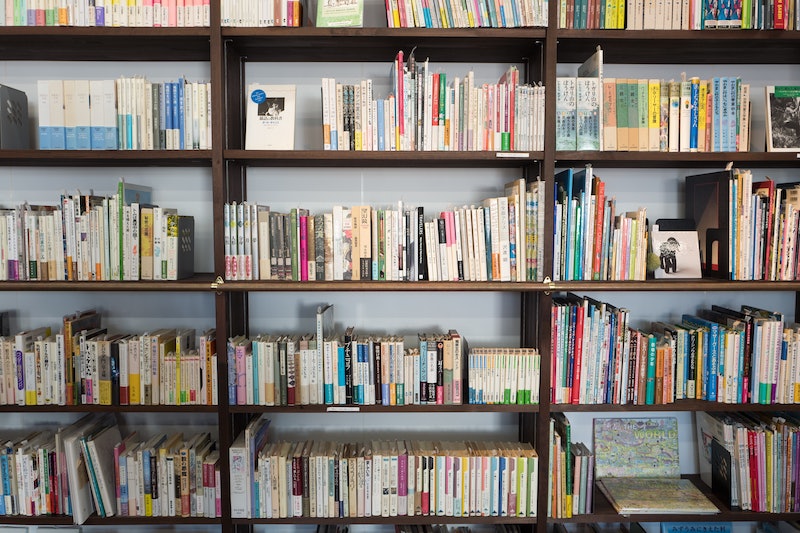 So much of great science fiction tells us what's (possibly) out there beyond the stars. But what do the stars tell us? They tell us what our key personality traits are, and whether we're lions or scorpions, and who we should date, and what books we should read. Or at least, that's what they tell you if you put any stock in astrology. And yes, we all know that astrology isn't strictly scientific, but then neither is most science fiction. That doesn't mean it's not a lot of fun!

I'm not saying that all astrology is bunk or that all science fiction is complete nonsense. But if you can read a book where robots learn to love and Martians are defeated by the common cold, then you can at least pretend that your Zodiac sign has deep and mystical influence over everything you do. So why not let your sign recommend your new favorite sci-fi novel?

Because there's a lot of sci-fi out there. It's not all Matt Damon being left in space and tentacle monsters eating each other. There's high octane adventure for Aries, high-minded fun for Sagittarius, the touchy-feelies for Cancers and Pisces, and plenty more in between. So if you're a sci-fi fan looking for your next read, or if you're hoping to venture into a more far-out genre for the first time, let the stars pick your destination:

Sci-fi doesn't have to mean space fights and chosen ones. Sometimes science fiction can just be a good old-fashioned dinosaur chase. And as an Aries, you like your reading material to be just as dynamic and exciting as you are. When it comes to sci-fi, you're probably going to go for action and edge-of-your-seat thrills over hundreds of pages describing why space worms are important to the space economy (looking at you, Dune). You'd rather read about a T-Rex eating a man alive, thank you very much.

Taurus is the powerful, reliable member of the Zodiac, and you deserve a powerful book to match. You don't need any lightweight books with spaceships chasing monsters. You like a book that's beautifully written and well-thought-out, sci-fi or not. The Left Hand of Darkness isn't your typical space adventure: It's the story of a lone human on the distant planet of Winter — where inhabitants can choose and change their gender at will. It's a book with an intelligent, strong message for an intelligent, strong sign.

Louis Wu has just turned 200, and he's off to find the elusive Ringworld with his ragtag crew: an aggressive, eight-foot-tall cat monster, a party girl bred for luck, and a strange and cowardly alien called a "Puppeteer." For Gemini, this book has got fun and wacky characters as well as mystery, thrills, and at least one space battle (and no spoilers, but someone gets their heart kicked out of their chest). It's full of duality and contradiction, just like any Gemini. But more importantly, it's nearly as fun to hang with as you are.

4. Cancer: The Parable of the Sower by Octavia E. Butler

As a Cancer, you sometimes feel like you're the only one who cares, or that you just have too many emotions. Well, if you're a sensitive, caring crab, you might enjoy the young empath at the heart of Parable of the Sower. It's the story of one girl with the ability of hyper-empathy. She can feel other's pain all too acutely, but she transforms her burden into a power that just might save what's left of humanity (oh and the world is sort of ending, too). Because having too many feelings isn't necessarily a bad thing.

Earth is under attack, and the fate of the human race is riding on one little kid. You get it, Leo. It's like when you go to a party, and everyone there is relying on you to come up with the drinking games. As a Leo, you're used to being the center of attention (it's not your fault that people are drawn to you!), and you can get behind this story of one clever little boy trying to survive a brutal "training" program so he can become the savior that Earth so desperately needs.

As a Virgo, you tend to focus on the details, but that doesn't mean that you don't care deeply about the bigger picture. The Handmaid's Tale is the story of one woman trapped in a dystopian society, stripped of her humanity because women are seen primarily as possessions. Her only purpose in this world is to become pregnant, whether she wants to or not. Atwood's prose is both deeply detailed and deeply moving, perfect for an astute Virgo reader looking for a sci-fi feminist masterpiece.

Slaughterhouse-Five is a non-linear war story with time-traveling aliens. It's a harsh, cynical look at the human condition, and it's a hilariously witty read. It's perfect for the perfectly balanced Libra. Vonnegut's insights will spark your intellect, and his message will fuel your passion for equality and justice. But more than anything, his easy-going, tongue-in-cheek prose will entertain you as an easy-going, personable Libra yourself.

If anyone can handle Neuromancer it's you, Scorpio. This is a tough, passionate book full of resilient characters, mysterious circumstances, and girls with razors that come shooting out of their fingertips, Wolverine-style. It's a heady intellectual piece about technology, but it's also a crazy punk acid trip of a book. As a Scorpio, though, you thrive on intensity, so you'll be able to hold on for the whole wild ride.

9. Sagittarius: The Hitchhiker’s Guide to the Galaxy by Douglas Adams

I mean... obviously. You're Sagittarius, after all. You're the fun, funny one of the Zodiac. You dig a good joke as well as a good intergalactic road trip, and you like a little bit of philosophical genius thrown in there once in a while. You like your humor to be laced with some high-level smarts. And no one does smart, absurd sci-fi like Douglas Adams. So you're the perfect candidate to read (and reread) The Hitchhiker's Guide to the Galaxy in all of its hysterical glory.

Yup. You get to read Dune, Capricorn. I know it's long, but you're Capricorn: you're the most ambitious, responsible fish-goat in the galaxy. You're tenacious enough to finish a long book where most other signs would just give up. And besides, you'll love the intricate world Frank Herbert has created, with its psychological mind games and twisted politics (not to mention giant sand worms and scary mind-freak powers). It's a multi-layered book for a serious reader, but it's also one of the greatest sci-fi masterpieces of all time.

11. Aquarius: How to Live Safely in a Science Fictional Universe by Charles Yu

Aquarius, you're basically already living on another planet. So you need a sci-fi book that takes it a step further, like Charles Yu's inventive, off-the-wall How to Live Safely in a Science Fictional Universe. It's a meta-fictional novel where author and character can be one and the same, where time travel is an everyday occurrence, and where pet dogs can be nonexistent but ontologically valid. It's a great book for an original thinker like you, and it's guaranteed to be nothing like any sci-fi book you've ever read before.

12. Pisces: A Wrinkle in Time by Madeleine L'Engle

Pisces is the dreamer of the Zodiac. You're a creative, compassionate soul, and A Wrinkle in Time is just the book for you. It's for children and adults, it's a story of inter-dimensional space travel as well as a story of a family trying to reconnect, and it's written with such warmth and creativity that it's impossible not to love (plus the characters have to fight a giant brain). For beautiful, inspiring science fiction, you can't do much better than A Wrinkle in Time.