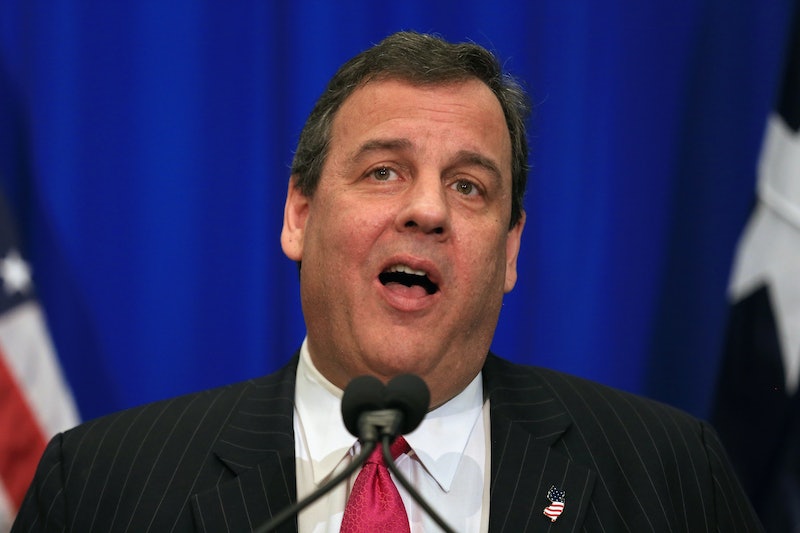 Once an early frontrunner for the Republican presidential nomination, Chris Christie has now dropped out of the race following weak polling performances and endorsed Donald Trump, the man with whom he brutally fought on the debate stage just a few months earlier. Now, six New Jersey newspapers have banded together in a joint editorial to call for Christie's resignation, citing his "arrogance," "opportunism," and "hypocrisy." "For the good of the state, it’s time for Christie to do his long-neglected constituents a favor and resign as governor. If he refuses, citizens should initiate a recall effort," the editorial said. A disgraceful resignation would essentially ruin Chris Christie's political career, but the papers and other Christie critics contend that he's already done that himself.

A few years ago, some people really thought Chris Christie might be the man to bring the country together. Following the devastation Hurricane Sandy brought to the New Jersey coast in 2012, Christie had some really solid bipartisan moments with President Obama and showed strong leadership for his state in the face of natural disaster. When he entered the presidential race, he became an early frontrunner, which is never really indicative of later success in the race but was still a welcome sign of support. Yet the Donald Trump-centric race had to have casualties, and Christie wasn't free from the crossfire. Instead, it seems he attempted to seize a final opportunity at national relevancy by endorsing Trump just a few weeks after he bowed out.

You can see where Christie's coming from, in light of the unpredictable direction the race has taken. Backing Trump might get him a cabinet position if the business mogul is elected into office, and it looks more and more like Trump will be the nominee come the national convention in July. Christie's probably just trying to back a winner and hedge his bets by choosing the most likely nominee. At the very least, Christie seems to be aligning himself with a vocal and supportive faction of the Republican party, which could definitely come in handy if he ever decides to run again in the future.

However, Christie's endorsement of Trump pretty much destroys any credibility he once had as a moderate Republican. And while the popular thing in the Republican Party right now is angry, anti-establishment backlash, there's no guarantee that will stay that way through the rest of Christie's career. In the long term, moderate conservatives might take back the party, in which case, Christie can basically kiss his chance at the White House goodbye. Sticking to his guns probably would have been a marginally safer move for Christie, at least because there's nothing harder to deny or defend than a political flip-flop.

When Christie was up on stage with Trump during his Super Tuesday victory speech, Christie looked as though he realized he had made a huge, life-changing mistake. Frankly, that might be true. However, there's no real point in writing off Christie's career because if this election has taught America anything, it's that the Republican party is really, really unpredictable.