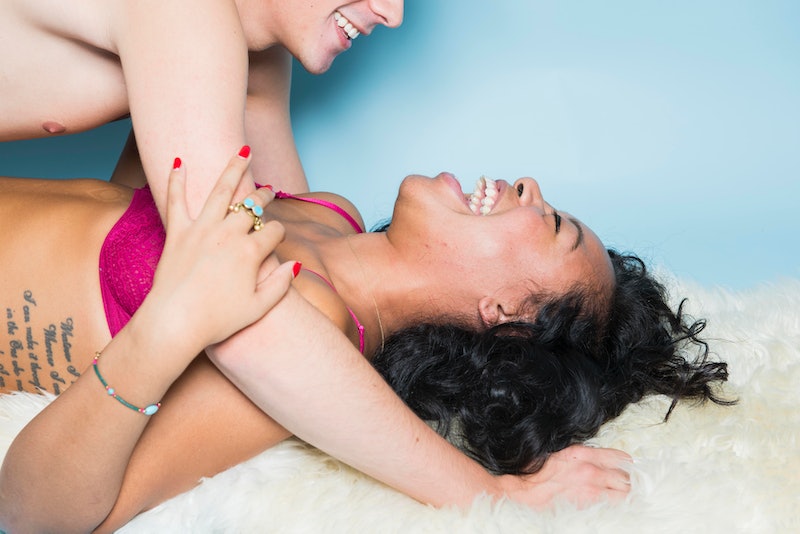 Ah yes, the friends with benefits relationship, viewed with longing by college kids and loathing by a lot of people over 30. If I hadn’t had a couple of FWBs myself back in the day, I’d be inclined to think that it was more mythical than real, mainly because the kind of compartmentalizing — or just not giving a sh*t — that often happens in order for a friends with benefits situation to actually work seems beyond the abilities of most people. That’s some varsity level compartmentalizing, my friends.

But look, I’m not hating on hookup buddies. Like all romantic and sexual relationships, the FWB has its time and its place. An FWB can be a comfortable sexual partner in the age of Tinder, someone you know you can rely on for a quick orgasm and a nice Netflix and Chill. They can also be a great place to turn for sexual release when you’re in between more serious partners, a benefit that really can’t be underestimated. Everybody needs a little lovin’, right?

But whether you love the idea of FWBs or hate it, here are six important things to keep in mind when you’re entering into an FWB relationship.

1. They Usually Have A Time Limit

A friends with benefits relationship almost always ends in one of three ways: by developing into a more serious relationship, by the slow fadeaway, or by one person (but not the other) developing feelings. Regardless, that carefree “we’re just friends who do it sometimes!” stage doesn’t usually last for a prolonged period of time, so enjoy it while you’ve got it!

One of the really great things about about a FWB is the freedom you have to explore new sexual interests. A lot of people are nervous about bringing up their kinks or slightly “weird” sexual interests with a serious partner, but find it easier to do with someone who they’re less emotionally invested in.

You see the same thing in one-night stands, which is another shorter-term relationship where people are often more willing to be sexually adventurous. An FWB, though, gives you the advantage of working specific things out over a longer period of time. So grab those handcuffs, you have some playing to do.

3. One Of You May Develop Feelings

When you mix sex into the equation of two people who get along and like to hang out, it’s pretty logical that at least one person may develop romantic feelings. If it’s you doing the falling for, share your feelings because, you never know: your FWB may be catching those same feels. And if you’re the person being fallen for but you’re not interested in taking it to the next level, the respectful and decent thing to do is end the relationship, no matter how good the sex is.

4. No Matter What You Tell Yourself, It Is A “Relationship”

Calling something “not a relationship” is a weird mental game that people like to play. Reality is, all of your connections with other human beings — your mom, your boss, your girlfriend, your FWB — are different types of relationships. So don’t use this silly mental trick to write off your FWB. It’s fine to say that it’s not a serious relationship or a committed relationship, but don’t pretend like it’s not a relationship at all.

And also that your friend with benefits is a living, breathing, feeling human being, not a sex toy. Be friends! Be nice! Ask about their day! Being a decent human being is one hundred percent allowed — hell, it’s preferred! — in a FWB relationship, so don’t forget the “friend” part of the equation.

Being up front about your expectations and needs are important in any relationship, but it’s especially important in an FWB relationship because, well, things can get complicated. Always be super clear about where you’re at and what you can and can’t provide for your generous friend. It doesn’t ensure that one or the other of you won’t catch feelings (please refer back to number three) but it does help both of you manage expectations.

Want more of Bustle's Sex and Relationships coverage? Check out our new view on sex positions for small penises.